The Sheriff is a posthumous supporting antagonist of the 2003 Disney film Holes. After refusing to save Kissin' Kate's boyfriend's life then attempting to force himself on her, his actions are one of such that lead to her beloved's death and cause Kissin' Kate to retaliate and kill the men responsible, causing the Sheriff to be the first to be killed for his crimes.

He was portrayed by Eric Pierpoint.

While getting drunk for an occasion, Katherine Barlow entered the Sheriff's office in a tearful frenzy, begging him to stop the angry mob and save the schoolhouse. However, the Sheriff did nothing to help her situation and instead focused on how beautiful she was and was determined to act on his lust for her. The Sheriff put down his drink and asked Katherine for a kiss, reminding her that she kissed the onion picker Sam. Katherine was disgusted by his actions and pushed his arm off of her while reminding him that he is drunk. Rejected, the Sheriff laughs and says that he always get drunk before a hanging. Katherine at first confused by his remark then figures out what he was planning to do to Sam. As the Sheriff crept closer to her to try kissing her again, Katherine told him that if he kills the man she loves, then she would rather hanged and die with her beloved because she kissed him back. The Sheriff rebuffs her need, telling her in his belief though it is legal for her to kiss him; that was illegal for Sam to kiss her, he once again refuses to help her and tries to kiss her again, this time forcing himself onto her. However, Katherine bravely pushes him away in her attempt to save Sam's life. However, it was too late for Sam was killed by Trout in front of Kathrine's eyes.

Heartbroken at Sam's death, Kate decided to kill all the men starting with the Sheriff for he refused to save Sam's life and instead lusted after Kate in his inebriation. The day after Sam's death, the Sheriff was in his office suffering from a hangover when Katherine walked in looking beautiful dressed in red clothing. Though surprised at Kate for entering his office after her rejection of him last night, he anticipated his excitement for her. As Kate removed her hat tearfully, she asked the Sheriff if he still wanted that kiss he asked for last night. The Sheriff, once again acting on his lust for her, gave her a smirk and awaited his kiss. However, his anticipation turned into an unfortunate disaster when Kate quickly pulled out her gun, aimed towards his face and shot him to death. She then planted a fresh lipstick kiss-print on his deceased face before leaving, and his dishonorable death would cause the killing spree of outlaw Kissin' Kate Barlow.

The Sheriff is revealed to be intoxicated a lot, especially when someone is occassionally going to be hanged or killed for his/her crimes. He also holds a contradictory belief that it is legal for a Caucasian woman to kiss a African-American man but that is illegal for an African-American man to kiss a Caucasian woman, and it is because of such belief that he refuses to save Sam's life for Kate's sake. It is because of this that he gets killed first by Kissin' Kate Barlow the next day. 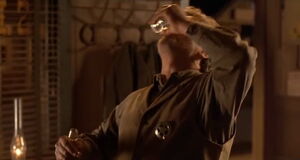 The Sheriff getting drunk. 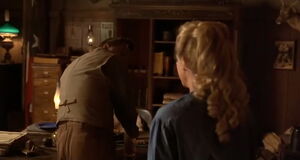 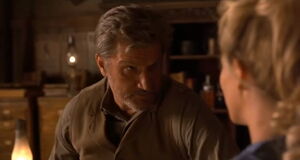 The Sheriff asks Kate for a kiss instead. 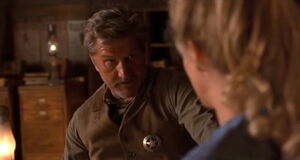 The Sheriff taunting Kate of her kissing Sam. 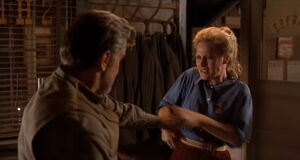 The Sheriff touching Kate in an inappropriate way. 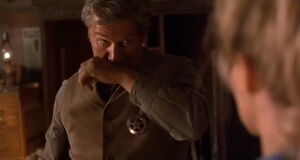 The Sheriff telling her how he always gets drunk before a hanging.. 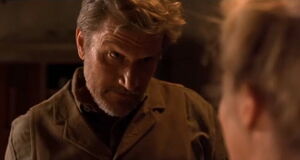 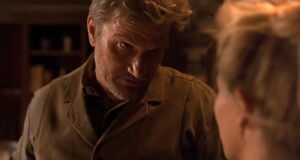 "It's against the law for someone like him to kiss you!" 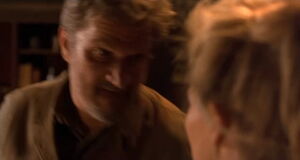 The Sheriff tries to kiss her against her will 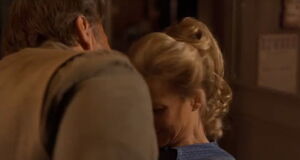 The Sheriff forcing himself on Kate before she pushes him away 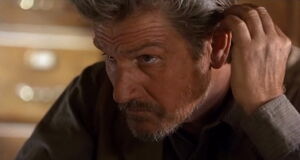 The Sheriff in his hangover when he sees Kate 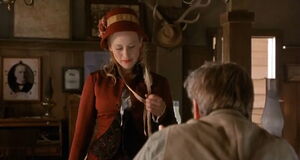 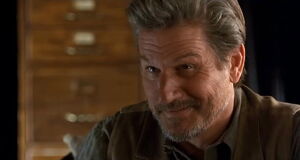 The Sheriff smirking as he awaits his kiss with Kate 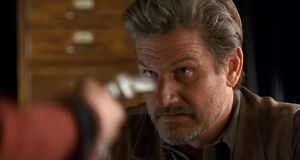 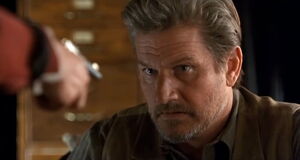 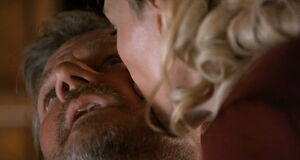 The Sheriff getting kissed post-mortem 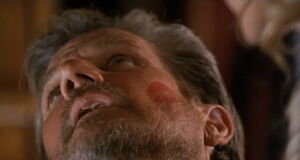 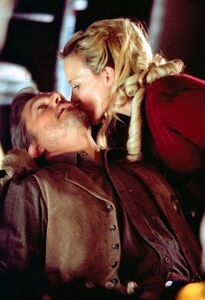