Killing others with his sniper rifle.

Prove himself to his parents.

Defending his old job.
Protect his deceased adoptive parents home.
Get his former job back.

Hailing from Australia (But born in New Zealand), the Sniper prefers to pick his targets off from a distance, though he isn't afraid to get his hands dirty if the situation requires. Preferring to hide in elevated or hard-to-see spots, the Sniper can pick off slow moving classes like the Heavy with ease. The Sniper is also ideal for eliminating enemy Medics and Engineers, giving his team a chance to advance. Traditionally uses the sniper rifle, though he can also equip a bow and arrow.

He was voiced by John Patrick Lowrie.

While the Sniper tends to keep back from the frontlines, the Huntsman makes it more reasonable to move up the field, laying down suppressing volleys of arrows. He can also use his Jarate and Sydney Sleeper to increase damage dealt against his foes by himself and teammates alike. They can also be used to put out burning teammates.

Blood In The Water revealed that Sniper is actually a New Zealander and the Mundys aren't Sniper true biological parents. He was born in the Atlantis-like New Zealand shortly before their undersea city began flooding. He was unintentionally sent on his father's one seat escape rocket while his parents were fighting over it, which later crash landed in Australia where he was adopted. His parents miraculously survived as their lab didn't flood. His father later escaped on the submarine the Team used to reach New Zealand on their hunt for the last reserves of australium, while his mother left on the rocket painted with said last reserve of australium. Their current whereabouts are unknown. 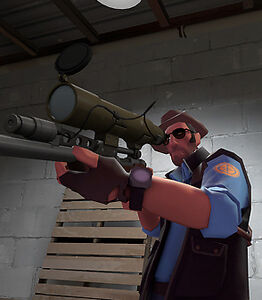 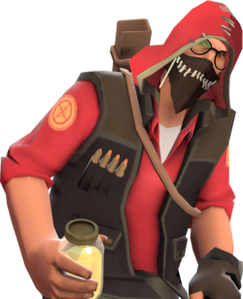 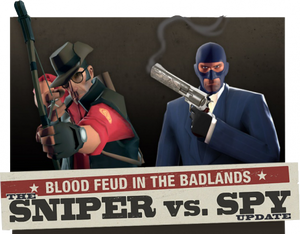 The Sniper vs Spy update poster. 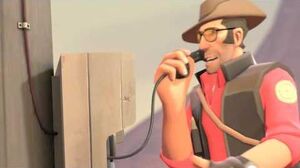 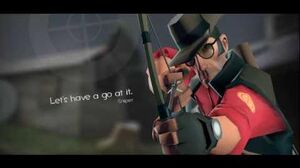 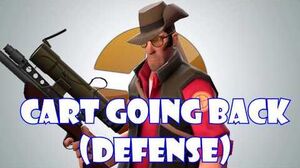 Sniper on the Heroes Wiki