The Three Sisters are a trio of ghosts encountered in Luigi's Mansion 2: The Dark Moon. They are three sisters consisting of Sister Herlinda, Sister Belinda and Sister Lucinda who love gardening and are really vain. The Three Sisters serve as enemies to Luigi after rescuing Toad.

Before the events of the game, The Three Sisters were the former owners of the Haunted Towers before they became Ghosts as demonstrated in the Family Room.

After the Dark Moon was destroyed by King Boo, the sisters became violent and ambushed Luigi when the latter was rescuing Toad. The Three Sisters will use their mirrors to prevent Luigi from vacuuming them. In order to defeat the sisters, Luigi must wait until one of them stops to taunt Luigi, lowering her guard and allowing Luigi to vacuum her. However, the other sisters will try to hit Luigi to stop him from capturing them. In the credits sequence, the Three Sisters are seen with Professor Elvin Gadd with the latter giving one of them a flower, as he mentioned earlier that he would like to have some "ghost tea" with them. 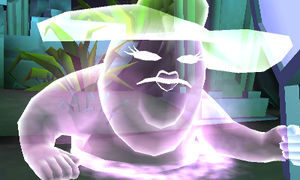 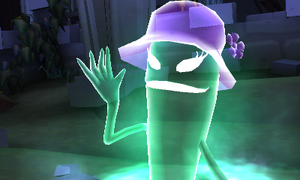 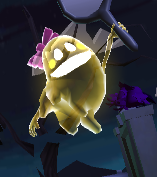 Sister Lucinda.
Add a photo to this gallery

Retrieved from "https://villains.fandom.com/wiki/The_Three_Sisters?oldid=3541139"
Community content is available under CC-BY-SA unless otherwise noted.