The Toy Bull (The Three Cabelleros)

In-sighting fear in it's enemies

The Toy Bull is the final antagonist of the Disney Film, The Three Cabelleros

It appears to have a brown carriage with orange wheels for feet and green wheel-attachers, a white tail with a red furry end, dynamite horns, a regular bull head/neck, yellow/green/orange colored piñata-spikes at the top of his body with orange streamers at the top, a blue strip along the bottom of his body, yellow eyes, black eyebrows, and a pink nose/mouth.

Donald Duck is celebrating his birthday with his foreign friends, José Carioca and Panchito Pistoles. During which, Donald breaks open a piñata and out comes several traditional treasures from Mexico, including the bull, which was inanimate at the time.

The bull then appears as the film's finale as a costume for Donald, who plays a game of bull-fighting with Panchito, who is the matador (and a very skilled one nonetheless). After Donald becomes exhausted, José livens things up by igniting the bull's tail with his cigar, causing the rest of the bull's fireworks to set off and Donald to panic. The bull then springs to life and begins chasing Donald, but the duck, finally tired of being the butt of everyone's jokes, decides to face the bull head on (literally). After colliding, the bull explodes, letting out several fireworks that light up the ending notes of the film. 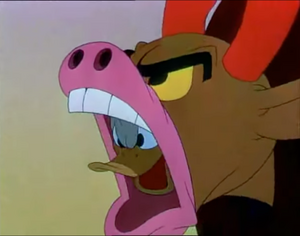 Donald in the Bull. 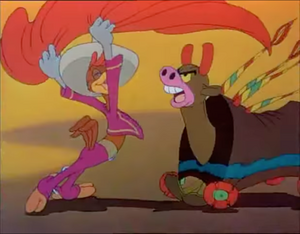 Attacking while being possessed by Donald. 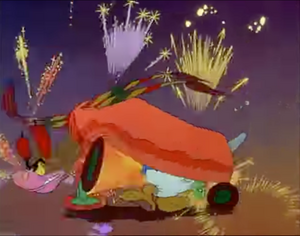 Being possessed by fireworks. 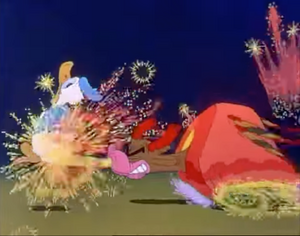 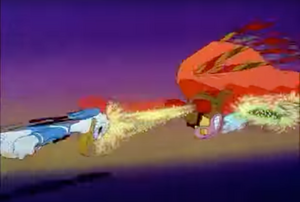