The Trapper (Dead by Daylight)

Chuckles
The Miserable Smiling Killer
Monster of a Man

Handling the family business with his father (formerly).

Help his father with all costs (formerly).

Kill his father (possibly, succeeded).
Sacrifice the survivors for The Entity (currently).

Evan MacMillan, better known as The Trapper, is one of the playable antagonists in Dead by Daylight. He was a wealthy heir who snapped after being used as an enforcer by his abusive father. He is the main mascot of the series.

He was voiced by Filip Ivanovic, who also voiced The Wraith, The Hillbilly, The Nightmare, and The Cannibal.

Evan MacMillan was originally the loyal son of Archie MacMillan, a cruel man who ran his mining company and his estate. Evan worked as his main enforcer, helping his father run his company in a productive state. Even when his father's health degraded, Evan still cared for him and followed his orders. It was when his father finally snapped when Evan truly became murderous, as he lead over a hundred men into a tunnel before sealing them inside with explosives. Archie was later mysteriously murdered himself, left to die in the basement of his house. Ever since then, Evan worked for The Entity as its plaything, used to kill an endless amount of survivors.

trapper appears in the spin-off game hooked on You alongside The Spirit,The Wraith,The Huntress,and being some of the options for the game.

Evan MacMillan is a tall, muscular Caucasian man. His skin is cracked, and his arms are covered with scars that suggest self-harm. His hands are bloody to the point that he can be mistaken for wearing gloves. He wears green rubber overalls that appear to have been poorly repaired some time in the past. His face is covered with a bone mask with small eye openings and a sharp-toothed grin fashioned on the front. His weapon is a long, rusty cleaver which he made. When The Trapper is prestiged, bloody cosmetics of his weapon, body and mask can be unlocked. 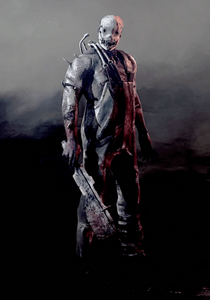 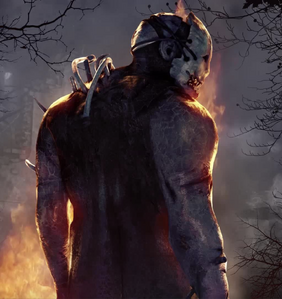 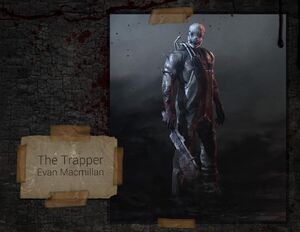 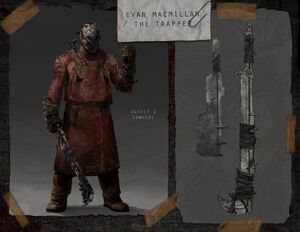 Concept art for The Trapper. 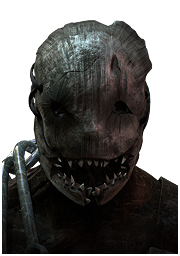 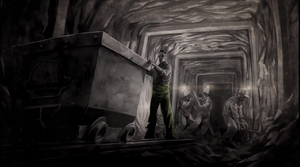 Evan MacMillan working in the mines. 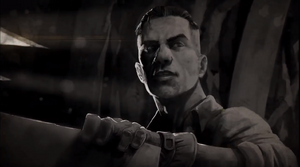 A close-up of Evan MacMillan. 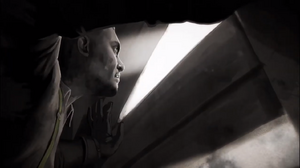 Evan finding out the truth about his father. 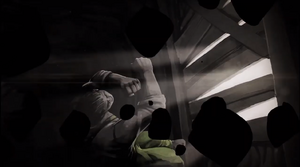 Evan caught in the blast. 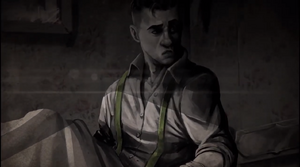 Evan waking up from his nightmare. 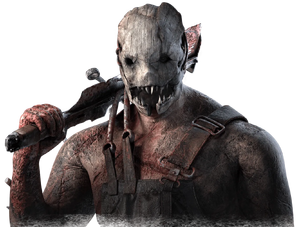 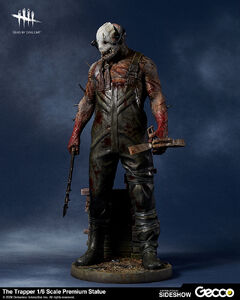 Sideshow Collectibles' statue of The Trapper. 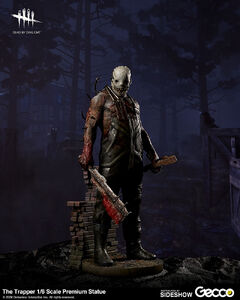 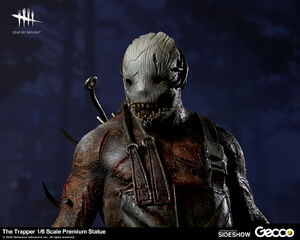 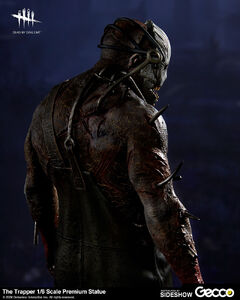