Kingdom of the Trench

Serving the King of Atlantis

Eat everything they see.

The Trench are supporting anti-villains in the 2018 superhero film Aquaman. The Trench are depth-dwelling sea-creatures that live down in Kingdom of the Trench and are known to consume anyone or anything they see.

In the past, King Orvax sacrificed Queen Atlanna to the Trench out of jealousy when he learned Atlanna was in love with a surface-dweller and had a son with him.

In their quest to find Atlantis's lost trident, Aquaman and Mera goes to the Trench and they are attacked by a legion of amphibious monsters identified as Trench's creatures. They defend themselves but the creatures are becoming far too numerous for them. This forces them to jump out of the boat. The creatures chase them in the ocean but the pair reach a wormhole that transports them to an unexplored sea located in the center of the Earth. Later, Aquaman is seen commanding the Trench along with other sea animals in battle against Orm and his followers. The Princess of the Fisherman Scales notified King Nereus, to which he quotes is impossible. Orm kills some of the creatures of the Trench. 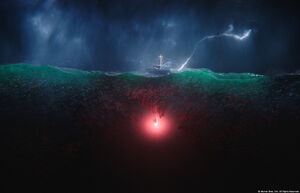 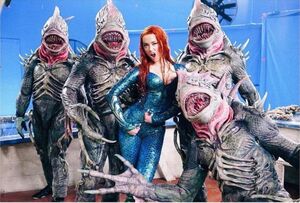 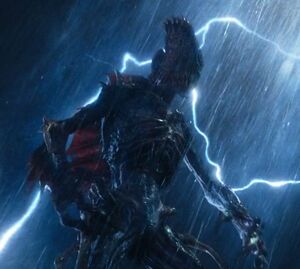 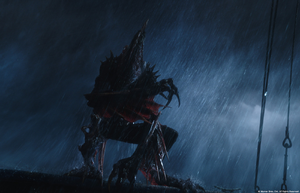 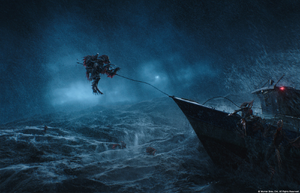