Semi-immortality (because they can still die through bodily harm or sickness; all members)
Telepathy that enables them to locate children with psychic skills (all members)
Ability to erase physical presence (Silent Sarey)
Ability to make people fall asleep through suggestion (Snakebite Andi)
Black magic

Feed off the life force of psychic children who "Shine" to maintain their immortality.

The True Knot are a group of wandering psychics who feed off the life force of spiritually-gifted children. They call this life-force "Steam", which when consumed keeps them young and extends their lifespan beyond its natural limits.

Despite this, the True Knot members can be killed. Due to their age, none of them have developed immunities to modern diseases. The members of the group feed off a boy who had measles, resulting in that virus lying dormant in their systems until a couple years later. The group had not been feeding well and the measles likely broke out due to their weakened states. When a True Knot member dies, their physical form fades away and all what was left are their clothes.

The True Knot number 41 when the novel begins but once numbered more than 200.

Their leader Rose the Hat orders the True Knot to track her down so they can harvest her Steam. When Abra gets in contact with Daniel "Danny" Torrance (the son of Jack Torrance from The Shining), they make plans to stop the True Knot.

The True Knot's story is mostly the same as the book, but their members have been reduced significantly and only consist of: Rose the Hat, Grandpa Flick, Crow Daddy, Barry the Chunk, Apron Annie (a minor character who ended up deserting the True Knot), Silent Sarey, Short Eddie, Diesel Doug and Snakebite Andi.

Sarey and Andi are not in a relationship, and all of the members (with the exception of Rose and Grandpa Flick, who dies like he did in the book) are all killed in a shootout.

Sarey does help get Andi to safety though before she is killed.

Crow Daddy dies separately from the group, but is instead killed when Abra makes him crash his car.

Rose is the True Knot's leader. Born Rose O'Hara and formerly known as Irish Rose. She is around 700 years old, and described as being incredibly beautiful, with curly black hair, pale skin and a magician's top hat. After a psychic encounter with Abra, Rose's reasons for finding her become personal and she begins to lose her sanity. When she appears to someone who possesses the Shining, she is shown to possess only one deformed tooth, however it is not present in the film.

Real name: Anne Lamont. She was picked up by Grandpa Flick during the Moroccan times in the 1500s. She turned her headwrap into an apron, earning her nickname.

Barry (real name: Barry Smith) is Caucasian, but because of his slanted eyes (an Asian stereotype) he was nicknamed "The Chink". He tried on child Bradley Trevor's baseball glove before the True Knot murdered him, which enabled Abra to later track him down by holding that object. He is around 500 years old and used his Shine for gambling. Husband of Petty the Chink.

Crow Daddy (real name: Henry Rothman) is Rose's lover. He was sent to capture Abra while the other members of the True Knot take on Danny and his allies. He successfully captures and drugs Abra, but Danny takes over her mind and wills Crow into killing himself. In the book he graduated Harvard Law in 1938 but in the film his given backstory is that Rose found him during the French-Indian Wars in the 1700s.

Diesel Doug appears to be in a relationship with Silent Sarey in the film.

The oldest member of the True Knot. He dies early on in the story, which acts as a catalyst as it reminds Rose that the True Knot are not immortal and need to find someone with enough Steam to keep them alive, leading her to discover Abra. Flick was the first prominent member of the True Knot to die, after succumbing to the measles virus that slowly started to affect them all. In the film the measles virus is not present, but he has been unwell since the '70s. He was alive during the Roman Empire.

Died of accidental electrocution in the late 1940s, before the novel begins.

The True Knot's accountant and tech expert. He was born in the early 1800s.

Died of accidental drowning before the novel begins.

Wife of Barry the Chink.

Silent Sarey (real name: Sarah Carter) has a speech impediment which she is self-conscious about, hence her nickname. Sarey has the ability to erase her presence, allowing her to sneak up on her prey without alerting them as long as they cannot see her moving. Sarey was in a relationship with Snakebite Andi and sought revenge for her death. She was Rose's hidden back up in her confrontation against Abra, but before she could help Rose, she was attacked and strangled to death by one of the Overlook Hotel's spirits.

In the film, Silent Sarey does not speak at all (not counting when she is chanting with the true knot), she also has her hair up instead of hanging over her face. Possibly as a nod to their relationship in the book, Sarey helps Andi after she is shot in the shoulder. However, in the film she is seen in a relationship with Diesel Doug instead. She gets her into the RV before she is shot and killed.

Snakebite Andi (real name: Andrea Andi Streiner) was the first member of the True Knot to be introduced. She was sexually abused by her father, leading her to develop a hatred of all men and subsequently become a lesbian without realizing it. She is 32 years old when she is turned, and nicknamed "Snakebite" because of her snake tattoo. Andi has the ability to make people fall asleep through suggestion. She was in a relationship with fellow True Knot member Silent Sarey. She is killed when she is struck in the back of a head with the butt of a gun that causes a brain bleed.

In the film, Snakebite Andi is 15 years old and missing her snake tattoo and her hair is shorter. She gets her nickname from the marks she leaves in her victims. Andi also isn't in a relationship with Sarey, and her backstory is removed completely and only hinted at. Andi is killed when she is shot in the neck and as her last act wills Billy Freeman into killing himself.

The only black member of the True Knot.

Formerly Tommy the Wagon. Heavy Mary's lover of over 90 years. He unexpectedly died one night of unknown causes, leading the True to wonder if they were becoming susceptible to human illnesses and conditions due to their recent, chronic lack of enough Steam. His death occurred just before the True killed Bradley Trevor. 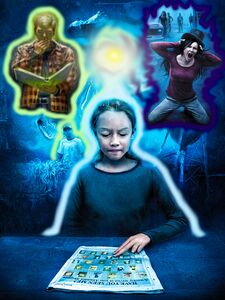 Danny Torrance alongside his blessed niece Abra Stone shares the gift of the Shining as too the diabolical cult of enemy Shiners known as the True Knot including their twisted Rose the Hat. 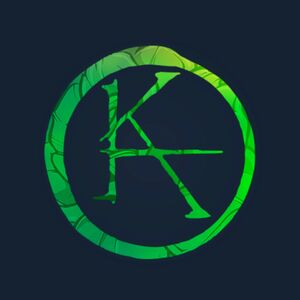 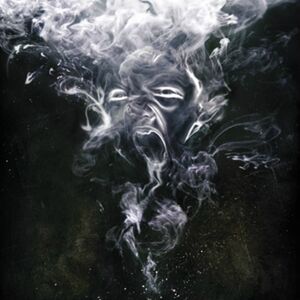 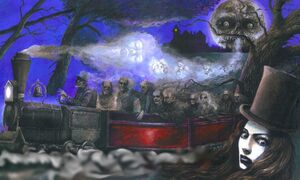 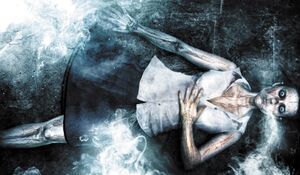 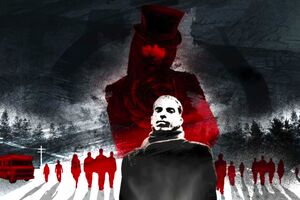 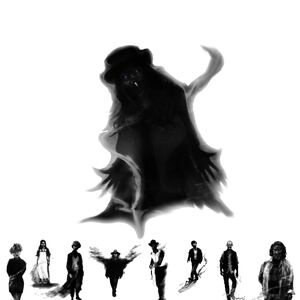