The Twins are supporting antagonists from the 2013 survival horror video game Outlast. They are best known for their lack of clothing.

Despite their loyalty to cult leader Father Martin, they ultimately decide to ignore his request not to harm Miles Upshur. Instead, they formulate a plan to kill Miles & devour his tongue and liver. However, their loyalty to Martin means enough to them to allow Miles a headstart before they start hunting him down. Although they confront Miles multiple times and track him down through the entire asylum, they eventually cease their pursuit and are no longer hostile when Miles arrives at the chapel to witness Father Martin's self-immolation ritual.

The Twins were voiced by Neil Napier and Alain Goulem.

Not much is known about The Twins' past. All that is clear is that they were apparently inmates at Mount Massive Asylum and may or may not have been subjected to the Morphogenic Engine Therapy. They express both homicidal & cannibalistic desires, wishing to kill anyone they come across & expressing a desire to devour some of Miles' body parts when they first encounter him. They at some point became followers of Father Martin, evidently very faithfully, as it was enough to make them attempt to suppress their homicidal tendencies out of respect for him.

They are first encountered in the Prison Block, standing behind a locked metal gate. They discuss their desire to kill Miles and take his tongue and liver but decide not to at the moment out of respect for Father Martin's request to not do so. Shortly after, they are found behind another locked gate where they state that they have "supressed their desires" for long enough, & will decide to give Miles a running start before attempting to pursue & kill him. A short time later, in the shower room, they ambush Miles in the dark, walking at him in an enclosed walkway from front and behind, forcing Miles to jump out of an adjacent window and hang from the edge to avoid them. They have a somewhat amusing discussion and consider pulling Miles back in and slitting his belly open, but for some reason decide not to.

Much later on, they are encountered in the darkness of the Female Ward, waiting for Miles behind a set of double doors. Miles is able to avoid them and pass through the room they were in, escaping across a series of broken wood planks which leads to him losing his camera.

After regaining his camera and obtaining the key for the chapel in the theatre room, the bald twin breaks into theatre with a cleaver but Miles sneaks past him and gets to the locked gate leading to the chapel area, where the other twin can be seen watching him from a separate locked gate. A short time later, during Father Martin's ceremony at the chapel, they are seen acting as doormen for Martin, & politely open and close the chapel doors for Miles when he arrives, ceasing all hostility.

This is the final time The Twins are seen, but it could be assumed that they were killed when Murkoff's private military contractors stormed the building on the orders of their higher-ups to contain the situation by exterminating all hostiles, referring to The Variants.

Waylon encounters The Twins in the recreation yard from behind a gate secured with a chain, in a scene somewhat mirroring Miles' first encounter with them. They repeat some of the discussion that they had in front of Miles, and state that they would like to kill Waylon. Waylon then navigates around to that area and The Twins walk out in front of him. However, despite expressing a desire to kill him just moments ago, they do not confront Waylon and allow him to pass unharmed, unless Waylon gets too close in which case they will stab him through the gut with their machetes, causing an instant death. They are not seen again after this.

The Twins, when compared to most of the other Variants, are rather average looking men, showing no obvious signs of scarring or deformity. One is nearly bald and the other has some hair in the middle of his head. Their skin appears to be quite dirty & they are slightly bloodstained. Unlike most other patients, they do not have any severe deformities or scarring caused by the Morphogenic Engine, in fact they have none at all. However, they do share some repulsive physical features, implying that they could have been products of inbreeding. Their most notable trait however, is their complete nudity, having shed absolutely all clothing.

They are usually seen carrying a large machete each, the bald brother, however, is at one point seen wielding a meat cleaver instead. They are also both seen unarmed when standing at the chapel doors during Father Martin's ceremony.

The Twins are homicidal, expressing their desire to kill both Miles Upshur and Waylon Park. However, they are somewhat inconsistent with this, ignoring Waylon right after expressing this desire and giving Miles a chance to escape in the Showers. They seem to want to eat Miles after they kill him, as they calmly discuss wishing to take his tongue and his liver along with discussing their desire to kill him very nonchalantly to each other. Despite all of this, The Twins are loyal followers on Father Martin & his religion, putting off their murder of Miles out of respect for the priest before they later decide to kill him. They later act as doormen for Miles in attendance of Father Martin's ritualistic crucifixion and do not even speak of killing him.

The Twins do not show any extraordinary abilities, although they are strong enough to easily stab Miles through his torso and then behead him with a single swing of their machetes. It is unsure whether or not they were exposed to the Morphogenic Engine, as no documents regarding the twins are found and they are not deformed. 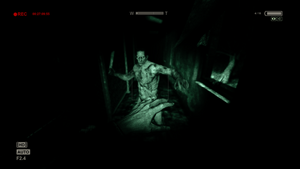 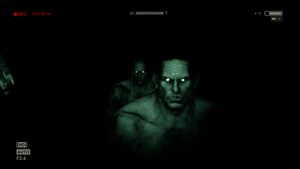 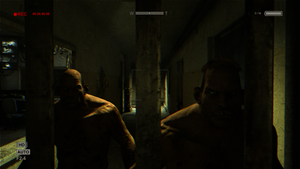 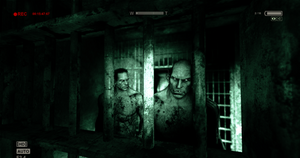 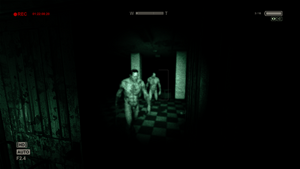 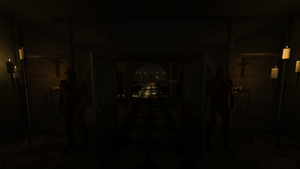 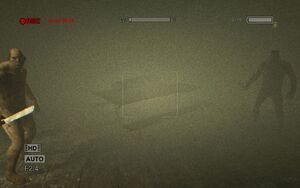 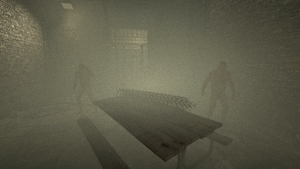 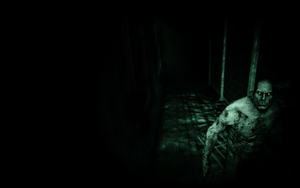 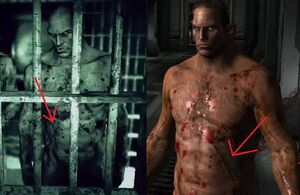