Killing sinners in the act of sinning.

Deceiving its victims (especially through seduction).
Collecting the souls of both the innocent and the guilty alike.

Corrupt virtuous people through seduction then kill them.

Claim souls of victims and offer them to Satan.

Damnation and corruption of souls
Desecration and mutilation of bodies
Deceitfulness

The Unholy, also called "The Demon" and known by its ancient real name Desiderius, also known as "Daesidarius", "Desidaria" and "Desdarius" is a powerful and malicious demon that kills sinners in the act of sinning and the titular main antagonist of the 1988 supernatural horror film The Unholy.

She was portrayed by Nicole Fortier.

The Unholy is an immensely powerful devil who is a native of Hell and it thrives on damnation and deception. With the approval of Satan who is her lord and master, she lives on Earth and beyond Hell's boundaries as long as no soul can resist its temptations and the sinners lose their souls in the act of sinning.

It was employed to continue its sadistic streak and to also claim the souls of those that are pure by Satan, a dark entity who was originally a beautiful archangel in God's celestial court before his rebellion and banishment into Hell after the war in Heaven. The Unholy must offer the innocents (meaning priests and virgins) to Satan as a sacrifice so that it can continue its dark ways.

Wrath of the Unholy

Two priests have been brutally murdered by The Unholy at Saint Agnes' Church in New Orleans, Lousiana.

Father Michael is appointed pastor of St. Agnes' Church after surviving a fall in spite of his vocation and his disbelief in The Devil and the existence of demons. Closed for 3 years following the mysterious deaths of his predecessors, he attempts to find out why he has become the 'Chosen One' while resisting a powerful demon who takes the form of a beautiful woman. Now the Unholy reigns, only to be challenged by the purest of mortal souls.

Father Michael, believed to be spiritually blessed, is appointed to the cursed parish because of  the 2 priests Father Dennis and Father Silva who both knew why that is happening and why Father Michael was appointed. His ultimate test is a confrontation with the ungodly and blasphemous demon in a battle to the death. That night, he later finally confronted and fights the demon whom he shouted its real name while Millie, a former stripper for her pimp Luke who has never touched another man in her entire life, was caught in the ensuing battle and was about o become the sacrificial offering to the Devil. Father Michael continiously chanted the true name of the beast and exorcised it, sending the Unholy back to hell and save Millie's life but at the cost of his own sight, the confrontation left him blind. 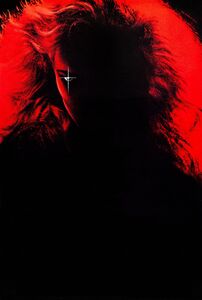 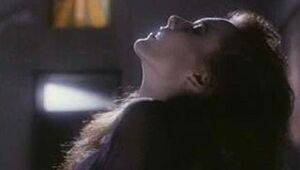 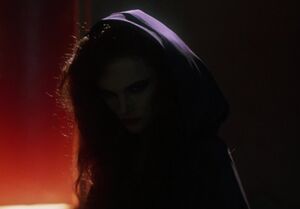 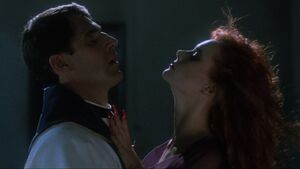 Trying her luck on Michael. 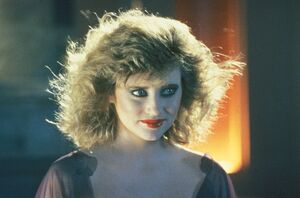 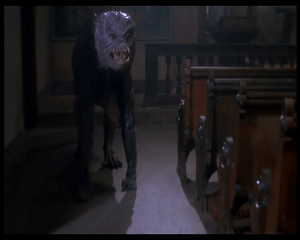