The Vikings are the chief antagonists of the 7th episode of Joe Camp's 1983 short-lived television series Benji, Zax & the Alien Prince.

If Yubi wins, he can have Will's bike, and if Will wins, he can have Yubi's cipher. After Yubi wins the arcade game, Will believes he cheated and forces Joey to steal his cipher, causing him to be sick without it. Within seconds of the cipher's removal, Yubi faints, suggesting to more observant viewers that this life support device helps Yubi to breathe in some way.

As Benji tries to get Yubi's cipher back, he gets caught by the Vikings and plan to take him down to the creek to teach him some manners. It is implied that they were planning on drowning Benji. As Joey unties Benji, he ties the string to one of the Vikings. As Joey asks Will for the bracelet and gets teased by him, Benji snatches it from Will's hand and the Vikings chase after him until they get caught by the police after Zax shoots at his siren.

As Yubi's life is saved by Benji, Joey quits the Vikings, along with the others. 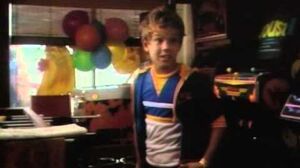 Benji, Zax & the Alien Prince (Ep 07) The Locals
Add a photo to this gallery

Retrieved from "https://villains.fandom.com/wiki/The_Vikings?oldid=3985620"
Community content is available under CC-BY-SA unless otherwise noted.