Horton Hears a Who!

Intimidating those who are different

The Wickersham Brothers are major antagonists in Dr. Seuss' 1954 children's book Horton Hears a Who!. They are a trio of monkeys who try to intimidate the protagonist, Horton the Elephant, into renouncing the existence of the Whos of Whoville, which upsets the social order of the jungle. They serve as the enforcers of the main antagonist, Sour Kangaroo.

They are symbolic of Cold War paranoia, conformity, and social ostracism of those who are different.

When Horton the Elephant claims that he has discovered the City of Whoville, peopled by tiny Whos, on a speck of clover, the other animals in the Jungle of Nool become disturbed and upset by this challenge to their reality. Sour Kangaroo, the self-appointed leader of the jungle, demands that Horton get rid of the clover and say that Whos do not exist. When Horton refuses, Sour Kangaroo orders the Wickersham Brothers to take the dander by force.

The Wickersham Brothers descend upon Horton, accusing him of "deep, dire, evil, political plot" to take over the jungle by "pretending to talk to Whos who are not". Horton tries to run, but they catch up to him, seize the clover, and run off. They give the clover to Sour Kangaroo's other henchman, Vlad Vladikoff, who prepares to destroy it while the Wickersham Brothers put Horton in a cage.

Horton implores the Whos to prove their existence by making as much noise as they can. A Who named JoJo respond with a shout of "Yop!". The animals of the jungle finally see that the Whos are real and release Horton with the dander, thus defeating Sour Kangaroo, Vlad, and the Wickersham Brothers.

Like many of Seuss' books, Horton Hears a Who! is an allegory for sociopolitical issues in the real world; it portrays the conflict between conformity, represented by Sour Kangaroo, and individuality, represented by Horton. The Wickersham Brothers represent social pressure to conform to the status quo, in that they bully and threaten Horton to get him to stop challenging the popular idea of what is real. They are also symbolic of McCarthyism and the paranoia of the Cold War era, making wild, baseless accusations that Horton is trying to destroy society by talking to the Whos.

In the 1970 cartoon, The Wickersham Brothers were voiced by the vocal group The Mellomen.

In the Broadway musical Seussical, The Wickersham Brothers are a quartet, best known for their musical number "Monkey Around". They were portrayed by Regene Odon, Evan Pelaia, Christian Cieri, and Alec Kelsey. 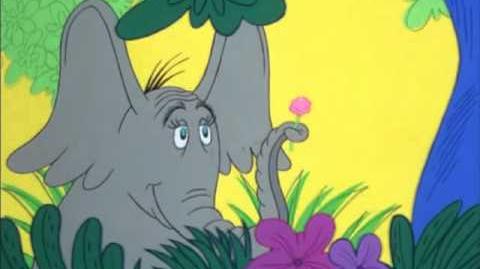 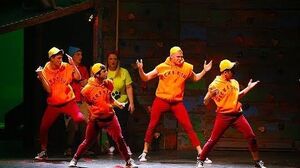