To destroy the world (failed).

The World (Type β/Tarot No.XXI) was a monstrous giant insect-like being that was Goldman's true masterpiece and it is the secondary antagonist and final boss of The House of the Dead 4. This creature had the time to mature and grow stronger, unlike the Emperor, who was released supposedly prematurely. It was hidden in the courtyard in front of the Goldman Building, emerging once the agents stopped the launch of the nuclear missiles. In addition, it had three forms (though only the first two were fought), advancing to the next after each defeat.

The World had mastery over ice, or cryokinesis, which also advanced through each form, like being able to create a giant ice hatchet and summon ice dragons.

Aside from being Goldman's ultimate creation, the World may actually be the strongest boss of all, being able to get back up again after being defeated twice. Ultimately, the World was finally destroyed only after James Taylor sacrificed himself by setting his PDA on self-destruct and throwing himself with it at the abomination as it was advancing into its third form. It is unknown if it has more than 3 forms, but it is likely that it would just keep on reviving itself unless it was completely destroyed.

Very important: never use grenade here, it will never reach The World's heart.

FIRST ATTACK - The World charges a glowing fist and hurls an ice shockwave toward you. You can shoot the ice pillars as quickly as you can. If the pillar reaches you, shake your gun to break free from the ice prison or you'll take damage. As long as you destroy his pillars or quickly break free as soon as possible, you have nothing to worry about this attack.

SECOND ATTACK - The World charges both glowing fists and hurls two ice shockwaves toward you. Shoot down the ice pillars as quickly as you can. If the pillars reaches you, shake your gun to break free from the ice prison or you'll take damage. Again, as long as you destroy his pillars or quickly break free as soon as possible, you have nothing to worry about this attack.

THIRD ATTACK - The World creates a huge ice hatchet on its hands. Shoot the axe continuously to destroy it before it materializes completely in its hands. Once the axe is formed, the World raises it and hacks for bone-shattering damage.

FINAL ATTACK - Imitating the Magician again, the World sends 4 ice flowers to the sky, which unite into a single more durable blossom that dives down to you. Each flower takes a clip full of shots to destroy (30 rounds). Destroy each as quickly as possible. The huge flower is more durable and takes more shots to destroy.

For this battle, the World won't pose much of a threat. When you've played the game a few times, you can hardly lose a life for this battle alone. Throughout the battle, the World will use the first three attacks alternately. Once it has lost about 60% BOSS LIFE, he'll start Attack 4. Shoot the heart whenever it's possible (while creating the ice flowers from below) and destroy these flowers. Repeat this process until he dies. Note that every time you destroy the World's icy creations, you damage it as well, so try to stop each of his attacks to damage him as fast as possible. Wait, do not leave the gun on the machine yet. The game has not ended yet.

The creature has assumed a more human form, its wings having formed tendrils on his back. He's now glowing a faint bloody red by re-amassing all his lost energy from the heart (those blood-like rays) which immortalizes him for a second time. Still, shoot his heart. The creature in this form is harder to deal with this time.

FIRST ATTACK - The World charges a glowing fist and sends a spiraling ice dragon towards you. Shoot the Frost Dragon's head to destroy it before it bites your arse off. Real dangerous. While shooting, execute a outward spinning motion with the gun, like you're drawing a spiral on-screen whilst firing the SMG on the head like mad. With (a lot of) luck, you can do it.

SECOND ATTACK - The World charges two glowing fists and sends two spiraling ice dragons BEHIND you. Shoot the Frost Dragons' heads to destroy them before they take off a life from you. This is a little bit easier than one Dragon alone, since the heads move in a predictable pattern before spinning their way to you. You can easily destroy them before they even approach. (The building's columns prove annoying for they'll block the shots intended for the Dragon behind it!)

THIRD ATTACK - The World charges a glowing fist and alternately hurls a spiraling ice dragon from each fist. The dragons dive in from a left-right-left-right OR right-left right-left alternating pattern. About three to five bullets can already smash a dragon, but you have to contend from six to eight of them. These dragons move very fast to compensate their fragile structure. HINT: Two lightning streaks will flash when the World begins this attack.

FINAL ATTACK - Again, like the Magician, the World creates a huge Frost Dragon that rockets up the sky in a spiraling manner, and spins its way down to bite you. Still, the Dragon's head is the weak point. The best moment to damage and destroy the Dragon is on its way down, about the time its head is very open to gunfire. Yeah, once you destroy it, you'll have a nice shower of ice shards as the World summons another Dragon to the sky for you to destroy, again.

As expected, the World is much harder this time around, but a few times of fighting him will give you an advantage to learn his attacks. Throughout the battle, the World will use the first three attacks alternately. Once it has lost about 60% BOSS LIFE, he'll start Attack 4. Shoot the heart whenever it's possible (while he creates the dragons from below) and destroy all the dragons he sends. Rinse and repeat until he dies. Again note that every time you destroy the World's icy creations, you damage him as well, so try to stop each attack to damage him as fast as possible, while he gains to his third form and he's now invulnerable. 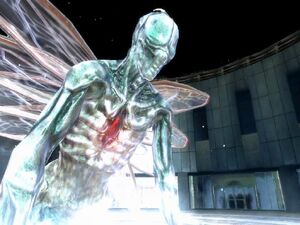 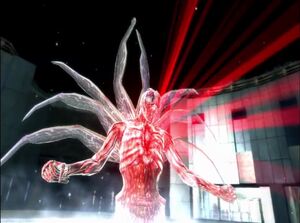 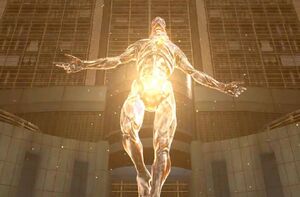 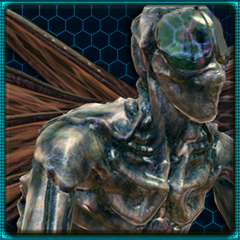 A icon of The World.
Add a photo to this gallery 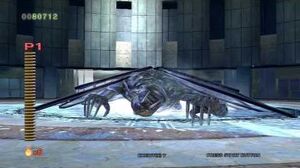 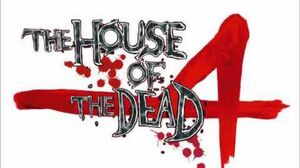 The House Of The Dead 4 Music Give It All You Got! Extended HD
Add a photo to this gallery

Retrieved from "https://villains.fandom.com/wiki/The_World?oldid=3779966"
Community content is available under CC-BY-SA unless otherwise noted.