Shrouding himself in shadows

Kill his boss (succeeded).
Sacrifice the survivors for The Entity (currently).

Philip Ojomo, better known as The Wraith, is one of the playable antagonists in Dead by Daylight. He was a Nigerian immigrant mechanic who suffered psychological trauma after finding out he's been tricked into killing people.

He was voiced by Filip Ivanovic, who also voiced The Trapper, The Hillbilly, The Nightmare, and The Cannibal.

Philip Ojomo hailed from another country, coming to the USA in hope to get a jump start in life. He got a job at a scrapyard known as Autohaven Wreckers, where he had a job of fixing and crushing cars. However, one day he discovered a foul secret when finding a bound and gagged man in a car he planned to crush. Ojomo's boss used his talents for crushing the cars he meant to crush for murderous intent, using him as an unwitting executioner. After his boss killed the man he planned to save and told him his true purpose, Ojomo killed his boss in his own crusher and vanished, later working for The Entity.

The Wraith is very tall, towering over all of the survivors and most other Killers. He is barefoot, walking in a way that would suggest his feet are in pain with every step. He has bandages wrapped around his waist, and wears a shawl and scarf on his upper body. His head is covered in mud with sticks protruding from the top. Three white tally marks are drawn on his face. His weapon is fashioned from the skull and spine of his former boss. It has been modified with a wooden handle and sharp blades protruding from the skull. 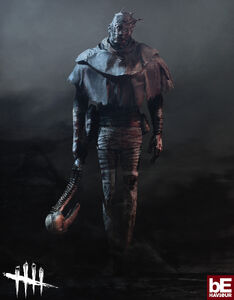 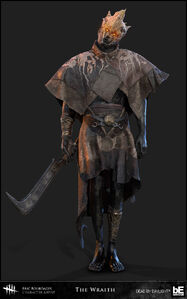 The Wraith's "wax outfit", made by Eric Bourdages. 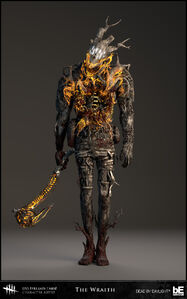 A design variant of The Wraith, made by Léo Ferland-L'Abbé. 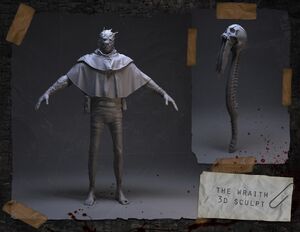 A 3D model of The Wraith. 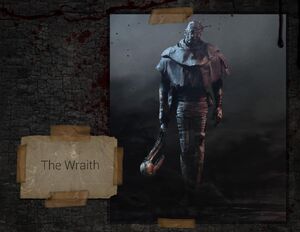 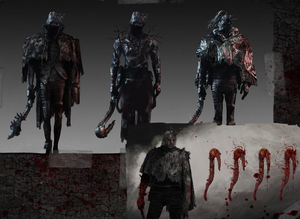 Concept art for The Wraith. 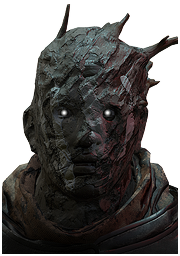 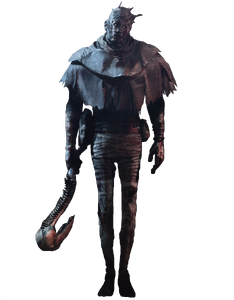 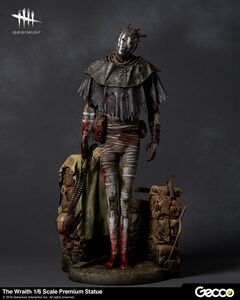 Sideshow Collectibles' statue of The Wraith. 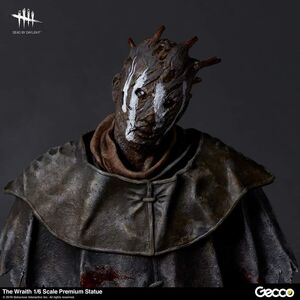 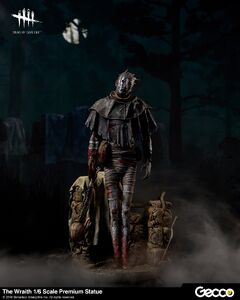 The Wraith on the Dead by Daylight Wiki