Cracking jokes whenever he takes advantage of the plan or if people get killed.

Assist Hans Gruber and his terrorists robbing $640 million and escape safely with the money. (failed)

Theo is a supporting antagonist of the 1988 live action film Die Hard.

He was portrayed by Clarence Gilyard.

Theo was a member of the terrorist group led by Hans Gruber. He was well-aware of what the group was doing and didn't seem to care much. He even participated in full with it. He was depicted as weaselly, insensitive and arrogant, cracking jokes whenever people were killed. Theo and Eddie were the only American terrorists in Hans' group.

He was responsible for breaking the vault open and rob the 640 million dollars in bearer bonds, while the others would ensure, that they would get away with it and then flee together in the van prepared to escape with the money undetected.

Unfortunately for Theo, Argyle spotted him on the locked parking lot while making his getaway and crashed against his van to stop him. Immediately afterwards, Argyle got out of the car and knocked out Theo. It is assumed that Theo was arrested by the police after as the only surviving terrorist, as all his fellow terrorists, including Gruber, were killed by John McClane. 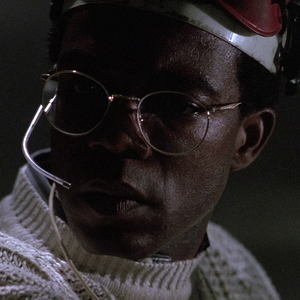 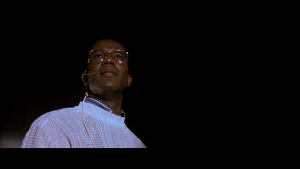 Theo after opening the vault. 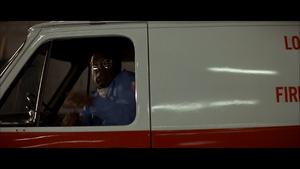 Theo In the ambulance. 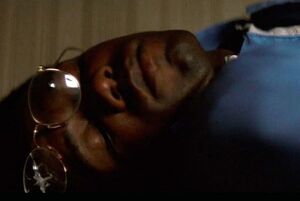 Theo knocked out by Argyle.
Add a photo to this gallery

Retrieved from "https://villains.fandom.com/wiki/Theo_(Die_Hard)?oldid=3707975"
Community content is available under CC-BY-SA unless otherwise noted.