Leader of the Chimera pack

To replace Scott as his pack's Alpha (formerly; failed).

To steal the Beast's power and gain ultimate power (failed).

Theo Raeken is one of the two main antagonists in the first half of the fifth season of the MTV series Teen Wolf, the secondary antagonist in the second half, and an anti-hero in the sixth season. He is a former classmate of Stiles and Scott who returns to Beacon Hills for his senior year. He is the first successful creation of the season's evil masterminds, and planned to replace Scott as his pack's Alpha and after the arrival of the Beast, later planned to steal his power.

He is portrayed by Cody Christian, who also portrayed Mike Montgomery in Pretty Little Liars.

Theo used to attend fourth grade with Stiles and Scott. He claims to have lost his sister due to exposure in the woods eight years prior, although a flashback reveals him to have been with her during her dying breath, and done nothing to help her. He claims to have been bitten by the same Alpha who had bitten the Alpha Twins, although this is confirmed as false when he reveals being the Dread Doctors' first succesful experiment.

He first appears when he helps Scott and his friends fight Belasko. Afterwards, he reveals himself to his former classmates, and expresses his hopes to become a member of Scott's pack in time. He receives opposition from Stiles, who does not trust Theo. While looking for evidence to support his distrust, Stiles realizes that Theo's father's current signature does not match the signature back when they were in elementary school. This makes Theo go as far as to break his father's arm, in order to provide a valuable excuse.

Theo is shown to have a connection to the Dread Doctors and their creations, while also simultaneously helping the pack fight them. He uses said connection to set up Donovan against Stiles. When Stiles murders Donovan out of self-defence, he uses this to convince Stiles into not exposing having murdered Josh to Scott. Later on, they spy on the animal clinic together, and Theo rescues Stiles when they get attacked while doing so.

During the season's climax, Theo manipulates Liam into killing Scott. He also sets Stiles and the true-alpha up against each other, by revealing twisted information about Stiles' murder of Donovan. When the pack becomes apparent of Theo's twisted scheme, he reveals being a creation of the Dread Doctors, and having worked as their henchman the entire time. His true plan has been to eliminate Scott, and replace the latter as his alpha's pack. Scott, however, makes him realize that he is too inhumane to have his friends ever accept Theo as their leader. After temporarily killing Scott, Theo then goes to revive the chimeras previously killed, in order to create a pack for himself out of them.

The Dr. Valack says that experiments on Theo marked a turning point in the Dread Doctors' research. Theo continues to entice Stiles onto his side, but fails. Later, he and his pack breaks into Eichen House for Lydia. He helps his pack develop their abilities and devises ways on how to control them. Theo and Tracy track a very powerful ancient werewolf called the Beast and confront the Dread Doctors. He later offers to help Malia and Braeden find Dr. Deaton and The Desert Wolf. It is also later revealed that He and his pack are looking for the Demon Wolf Deucalion. After they find Deaton, and the Desert Wolf, who was holding Deaton hostage, Theo then betrays Malia and Braeden, shooting them , revealing to be working with Desert Wolf, who then gives them something for his pack. Theo then tells Braeden that she shouldve killed him. After his pack tracks down Deucalion, Theo makes a deal with and Deucalion agrees, whom in return, wants Scott's eyes. He offers to help Scott get Lydia out of Eichen House but is refused. He and his pack break in to lure Parrish into the facility. Theo and Stiles search for Lydia in the tunnels of Eichen House. He leaves with Valack's Dread Doctor helmet in hopes that it will help figure out who the Beast is.

After killing Josh and taking his power, Theo works along side Scott and Liam in order to find Mason and steal his power as well. He later kills Tracy to steal her power, Theo shows up in the tunnels and takes out Scott, Liam and Lydia. He catches up to Sebastien and tries to take his powers but he fails. He is double crossed by Deucalion, and his dead sister drags him down into the earth.

Liam releases Theo from the ground for his power. Theo restrains Liam against a wall, demanding to know where his sister is. Liam and Hayden remind him that she's dead. It is discovered that he no longer has the power he absorbed from Tracy and Josh. Theo suffers a recurring nightmare, each one ending exactly as the last, with Theo's sister tearing his heart from his chest. The cycle continues until he tells her it's okay, she doesn't have to stop. He agrees to tell the pack everything he knows about Mr. Douglas if they break the sword. Upon completion, he lives up to his end, explaining Douglas' past with WWII and the Dread Doctors. Theo saves Liam from the Ghost Riders by pushing him in the elevator and shutting him in. He takes on the Riders all by himself, the confrontation ends with single gun shot.

Theo survives and gives Liam more time to get into the rift before joining Scott, Malia and Peter in fighting Garret's army of Ghost Riders. 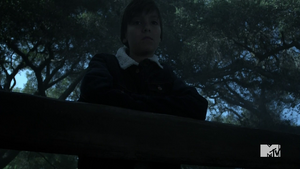 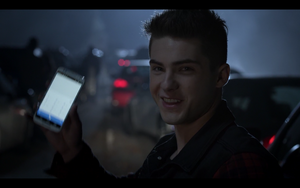 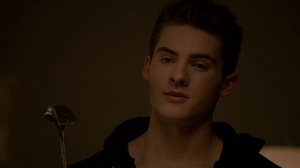 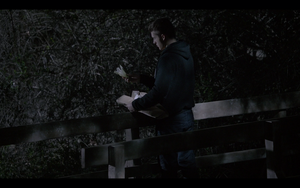 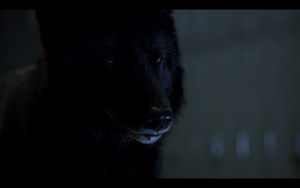 Theo as a wolf 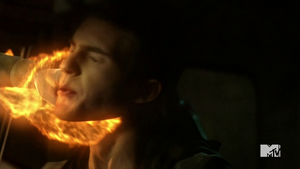 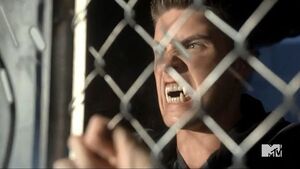 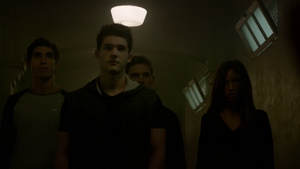 Theo and his pack
Add a photo to this gallery
Retrieved from "https://villains.fandom.com/wiki/Theo_Raeken?oldid=4169396"
Community content is available under CC-BY-SA unless otherwise noted.