Get Nick out of his house, even if it means killing him (failed).

Theodore Lagerfeld Jr., also known as Teddy is one of the bosses or psychopaths featured in the 2013 video game Dead Rising 3. He is also an optional boss in the main mode, who can be found for the first time in Chapter 5 in Sunset Hills in the Mayor's House in the side quest Remotely Helpful. He is a pathologically lazy son of the mayor of Los Perdidos who has locked himself in his villa completely and has no idea about the zombie outbreak. When Nick has the opportunity to open an armory full of weapons and ammunition, it turns out that it is locked, and Teddy has the key to it. He prefers to spend his time playing video games, eating junk food, sleeping and is oblivious to the fact that other people are dying because they cannot defend themselves.

Theodore is also one of the psychopaths who carry one of the Seven Deadly Sins - Theodore's sin is Sloth.

He was voiced by Paul Tei.

Prior to discovering the Lagerfield mansion, Nick encounters a police officer by the name of Dwayne Pike requesting his assistance in gathering weapons. The officer relates that the armory containing many weapons could be used to help survivors. However, the key to the armory has been stolen by the cowardly son of the mayor who's holed up in his mansion. Nick complies with the officer's requests for weapons, to which the officer tells Nick to punish the coward for stealing the key should he ever find him.

Later on, Nick enters the Lagerfield mansion and comes across Theodore "Teddy" Lagerfield, Jr. broadcasted on a TV screen in the foyer. Theodore admonishes Nick for being late, noting that the help hasn't gotten back to him for several days now. Nick informs him of the zombie outbreak outside, but Teddy is apathetic to it and asks Nick to bring him some batteries for his remotes and a bag of chips. Nick demands that he relinquish the armory key so he can get access to the weapons and save lives. Being an incredibly lazy man, Teddy refuses and decides to unleash a horde of robotic mini-helicopter drones to gun down and fire-bomb Nick for giving him a headache. Nick is forced to fight for his life as Teddy taunts him.

Throughout the mansion, Nick dodges and destroys the various drones sent after him while Teddy complains over the mansion's PA system about how Nick is destroying his stuff. After Nick finds the electronically-locked door Teddy is hiding behind, he seeks out and disables control panels scattered throughout the house that keep the door sealed. Breaking into Teddy's control room in the basement, the lazy Psychopath panics and immediately dies from a heart attack (most likely as a result of his extremely unhealthy lifestyle) after begging Nick not to kill him. In a somewhat darkly comedic fashion, Teddy farts once and slumps over in his chair, seemingly dead, before suddenly lunging at Nick when he reaches for the key, then lets out another long fart and dies for good. Nevertheless, Nick retrieves the armory key.

Defeating Teddy unlocks the Slothful achievement and gives Nick the key to the armory. 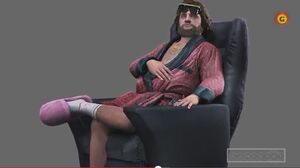 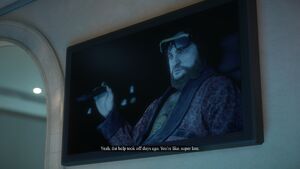 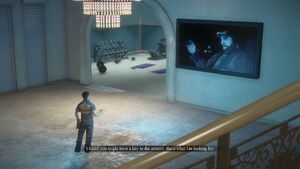 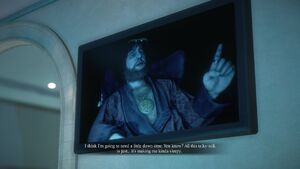 Theodore telling Nick that he is getting tired. 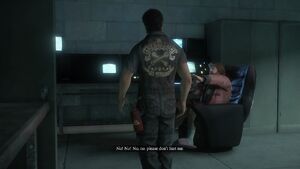 Theodore begging Nick not to hurt him. 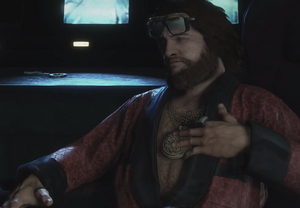 Theodore dying from a heart attack. 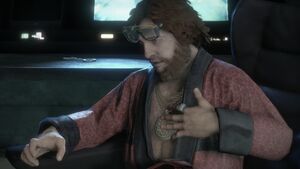 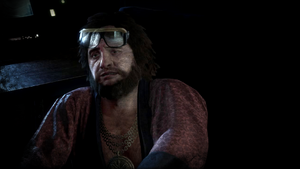