Theodore "Ted" Smith is a minor antagonist in the 2010 video game Dead Rising 2 and its updated version Dead Rising 2: Off The Record. He is also an optional boss in the main mode 72 Hours, who you can meet for the first time on the 1st day at 4 a.m. in Yucatan Casino in the unannounced side quest called Fresh Meat. He is an animal trainer and guardian of Snowflake, one of the Yucatan Casino's tigers. Due to his low intellect and sensitivity to others judging him, he prefers to stay away from people and be with his prized tigers instead. Following the zombie outbreak, Ted vowed to find Snowflake fresh meat, which means killing unfortunate survivors. Being pointed at by other people for his obesity and illness, Ted believes Snowflake is his only friend and goes berserk when he suspects someone is making fun of him.

He was voiced by Alex Zahra.

At 4 a.m. on September 25, Chuck Greene enters the Yucatan Casino. Walking around the casino, Chuck sees a man named Lenny Mooney in front of him, who immediately runs away when he sees him. Surprised, Chuck turns to see Ted in front of him, who overwhelms him and knocks him out, saying "Snowflake hungry". Chuck wakes up to see Ted dragging his body straight under the sleeping tigress. Happy Ted says that Snowflake will have a fresh meal, to which Chuck replies that there are zombies around for her to eat. Ted, however, is outraged at this idea, noting that Snowflake needs fresh meat as opposed to the rotted offerings the zombies give. Chuck gets an idea and tells him that he will go find some fresh steaks for her, but Ted refuses to agree to it. The trainer walks up to the tigress and tells Chuck about his life: how people made fun of him and that his only friend is Snowflake. Chuck, wanting to smooth things over, asks Ted for his name and tells him that there may be a way out of this situation and that they just need to slow down and start the conversation all over again. Unfortunately, Ted interprets Chuck's words that Chuck thinks he himself is slow in the mental sense, further enraging him. As Snowflake rouses from her slumber, Ted tells her that people aren't nice and they both need to attack Chuck.

After the fight, the defeated Ted falls to the ground in the Snowflake's paddock and says that he is not feeling well. Ted begins to crawl and calls Snowflake to eat him, believing that the tigress will feed on his corpse and dies.

With Ted dead, Chuck has a choice: either kill Snowflake or try to tame and save her. Killing Snowflake does nothing. For saving her, Chuck will receive a large amount of prestige points and the opportunity to give Katey the tigress as a gift. After killing Ted and taming Snowflake, Chuck can save Lenny Mooney, who is hiding at the casino reception. In return for saving the him, Lenny offers to turn on slot machines in the entire casino.

To tame Snowflake, Chuck needs to put a few steaks on the ground for it to restore health to full health. 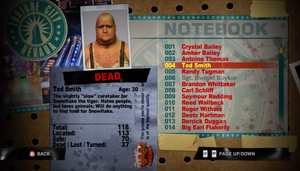 Ted in the notebook entry in Dead Rising 2. 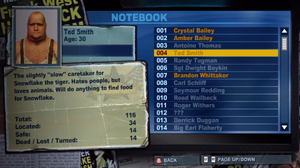 Ted in the notebook entry in Dead Rising 2: Off The Record. 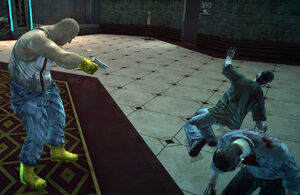 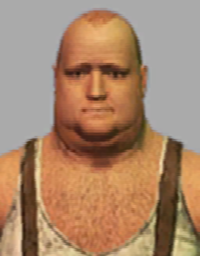 A photo of Theodore in Chuck's notebook. 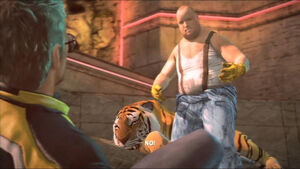 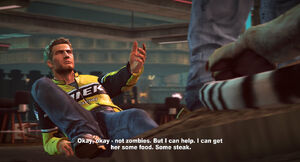 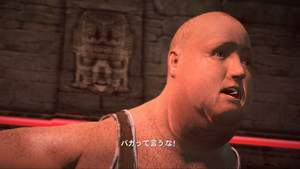 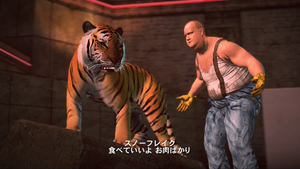 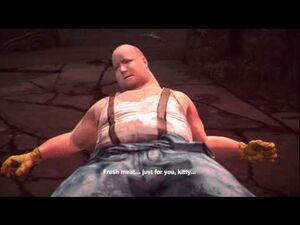 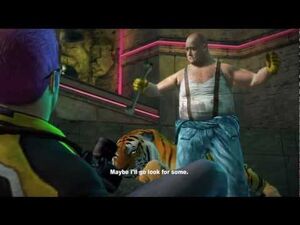