Thermidor is a pirate-mannered Decepticon scavenger in Transformers: Robots in Disguise. He is a Lobstercon who shares a body-type with Bisk but with a different color scheme and head design.

Avast! Thermidor be the crustiest crustacean ever to ply the Cybertronian space lanes, a cranky ole Lobstercon who's thrown his lot in with the Scavengers after that bilge rat Clawtrap pilfered his prized ship from him. Quick with a jibe and even quicker with a claw, Thermidor's eager to keelhaul any landlubbers who get in his way. He's not fond of his Mini-Con partner Tricerashot, who has yet to develop his sea legs when it comes to lootin', plunderin', and the finer points o' Decepticon piracy.

In the past, Thermidor was the original owner of the scavengers' mothership before it was commandeered by Clawtrap, demoting Thermidor to the latter's underling. At some later point, Thermidor looked on when Scatterspike and Sawtooth returned to the Scavengers' base.

Teamed with Tricerashot, Thermidor went in search of a relic, which he secretly intended to use to retake command of his ship from Clawtrap. He located the relic in a cave, only to come up against the formidable team of Grimlock and Brother Gunter. When the rest of Team Bee arrived, Thermidor and Tricerashot fled by road. Discovering that their GroundBridge was temporarily out, Thermidor thought it would be a good idea to make a diversion by threatening to bring down a ski lift full of people, however he was neatly defeated by Grimlock. He and Tricerashot were dragged back through a GroundBridge portal by Clawtrap, minus the relic.

He and the other Scavengers tracked a signal to an automated vessel, where they found the Dark Star Saber, only for the Mini-Cons to run off in their sub-orbital craft, and for Starscream to arrive and claim the sword, using it to sweep them all into the sea. Using the relics they'd recovered, the scavengers were able to hold their own, especially when Thermidor discovered his relic could create energy shields. The scavengers finally managed to trap the Autobots in a net, only for Starscream to swoop in and snatch up the Mini-Cons. Thermidor attempted to claim Optimus's Prime Decepticon Hunter, but only succeeded in shorting out the energy net. With some help from Tricerashot, the Autobots defeated the Scavengers and put them in restraints; they were then secured by Optimus Prime aboard his ship for transport back to Cybertron and justice. 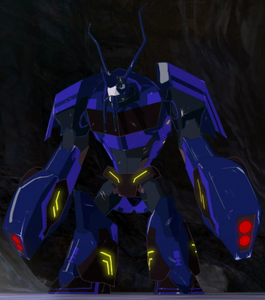 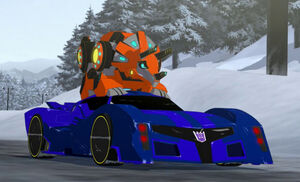 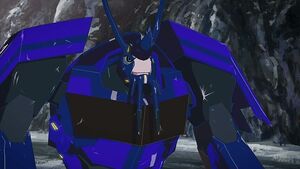 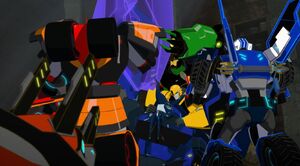 Thermidor wrestling with the Bee Team. 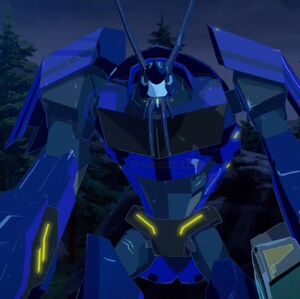 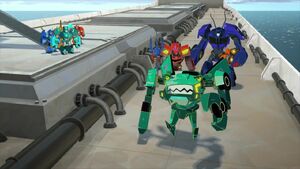 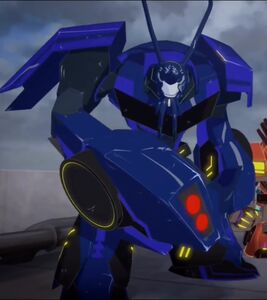 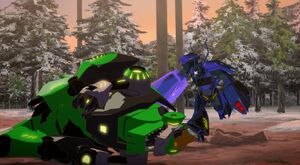