Proficiency with the dark side

Get close to Darth Vader to kill him (failed).
Kill Obi-Wan Kenobi for his role in inadvertently causing Order 66.
Kill Luke Skywalker to indirectly get revenge on Darth Vader (both abandoned).

Reva Sevander, better known as the Third Sister, is the central antagonist of the 2022 Disney+ live-action Star Wars miniseries Obi-Wan Kenobi. She was a Jedi youngling who survived Order 66 and fell to the dark side of the Force, joining the Galactic Empire by becoming part of the Inquisitorius.

The Third Sister is later involved in trying to track down Obi-Wan Kenobi, a Order 66 survivor, whom she specifically targets out of a desire to gain Darth Vader's favor, all just to get closer to Vader and kill him for killing her youngling friends long ago.

Reva Sevander was identified as being Force sensitive as a child and brought to the Jedi Temple on Coruscant. She was present when Darth Vader attacked the Jedi Temple in the opening stages of the Jedi purge, and witnessed the man she knew as Anakin Skywalker killing her friends and teachers. Surviving Vader's assault and swearing revenge, she later joined the Inquisitorius as the Third Sister. As an Inquisitor, she and her fellow Inquisitors hunted Jedi down on behalf of the Galactic Empire. According to The Grand Inquisitor, the Inquisitorius members found her in the "gutter", so it is possible that Reva came from a poor background.

Nine years after the end of the Clone Wars, the Third Sister accompanies the Grand Inquisitor and the Fifth Brother to Mos Eisley in Tatooine, searching for a Jedi rumored to be stationed in the cantina. Growing tired of waiting until the Grand Inquisitor finishes interrogating the cantina's owner, the Third Sister throws a knife towards the man, leading the Jedi they were seeking, named Nari, to use the Force to save his benefactor and reveal himself.

The Third Sister and the Fifth Brother later return to Mos Eisley and ask some Tatooinians about Nari, but the Sister opts to interrogate the citizens about Obi-Wan Kenobi instead, promising to reward or punish them, cutting off a woman's hand after she warns that the Inquisitorius don't have any rights in the Outer Rim. Despite the Fifth Brother's anger, the Third Sister continues with her interrogation and asks Owen Lars, Luke Skywalker's adoptive uncle, if he knows about a Jedi. Owen refuses to sell either Obi-Wan or Luke out and insists that he considers the Jedi "vermin", but the Sister threatens to kill him and his family if no one gives her information about Obi-Wan.

However, the Fifth Brother intervenes and takes the Third Sister to an alley, where he chastises her for not letting go of her obsession with Obi-Wan. The following day, Nari is found dead in the streets of Mos Eisley, presumably murdered either by the Third Sister or her fellow Inquisitorius. Despite this, the Third Sister decides to take the matters in her own hands and hires the mercenary Vect Nokru and his team to kidnap Princess Leia Organa, the heir of House of Organa, and take her to Daiyu, so Bail would contact Obi-Wan and force him to come out of hiding to rescue Leia.

Eventually, the Third Sister tracks Obi-Wan and Leia to a shipyard and Obi-Wan hides from her to ensure Leia can get onboard a ship that will take them off the planet. The Sister taunts Obi-Wan by asking him to surrender so he will not die "today". She then informs him about Anakin Skywalker's survival to further conflict him, but before she can find where Obi-Wan is hiding, the Grand Inquisitor appears and demands her to move aside so he can capture Kenobi himself. However, the Third Sister refuses to obey and stabs the Inquisitor instead so he can't take all the credit. However, the confrontation with her superior is enough to give Obi-Wan the chance to jump into the ship and depart Daiyu with Leia, much to the Third Sister's anger. 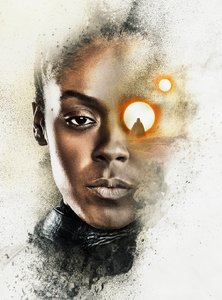 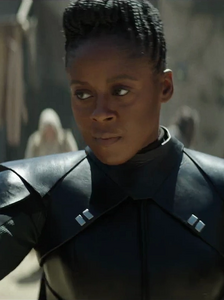 The Third Sister on Tatooine.