Third World's Herrscher of the Reason

Herrscher of the Reason

Kill the Herrscher of the Void to steal her powers and become the new "Welt" of the Current Era.

The one born as Joachim Nokianvirtanen and later renamed as Welt Yang (sometimes spelled Welt Young) and Herrscher of the Reason or Herrscher of the Logic is a major antagonist in Honkai Impact 3rd introduced as the primary antagonist of Chapter 11 - Deep End of the Sea Arc. He is an alternative version of the heroic Welt Young that existed in the Third World of Quantum Gates and was in fact a more villainous and dark counterpart of his late original incarnation of the New World.

Joachim was a young Finnish who became the successor to Welt Joyce, the first Herrscher of the New World who started the First Eruption, destroying Berlin in 1955 and was one of the founders of Anti-Entrophy. However, in the alternative world the Anti-Entrophy was slaughtered by Schicksal and Otto Apocalypse's forces, resulting in the downfall of the Welt to insanity and becoming a vile man who sought revenge and independence of Joyce's shadow. 45 years later, he would become the new Herrscher of the Void after he killed Sirin and stole her Gem of Serenity.

He is voiced by Hosoya Yoshimasa in his adult and child form in the Japanese version.

Welt Young is the current leader and only member of the Anti-Entropy organization, a grouo dedicated to fight against Destiny organization for its brutality in fighting the Houkai. He is the successor of Welt Joyce, the first Herrscher of the New World was born in 1955, causing the destruction of Berlin.

The Herrscher of the Reason was born back as Welt Joyce who was the first Herrscher in current civilization. He was one of the founders of Anti-Entropy alongside Lieserl Albert Einstein, Nikolai Tesla, and Planck. Welt Joyce was revealed to be responsible for the destruction of Berlin in 1952. He suffered from amnesia after the incident. Schicksal later captured him to perform various experiments for 3 years before transferring him to the Imperial Research Institute Lab 42 in London where Einstein and Tesla were situated in.

When Joyce died of a grave injury following his battle with Otto Apocalypse, he gave his Gem to Welt Young to carry on his legacy and mission to stop Shicksal, however, Otto's Valkyrie Order invaded their HQ and slaughtered all leaders and members of the organization, leaving Welt alone as he escaped from Schicksal and was hunted for decades as a wanted terrorist. 45 years later, when Sirin awakened her powers as the Herrscher of the Void, Schicksal declared war against her, starting the Second Eruption. In the middle of the war, Welt and his Titan forces entered the battlefield and offered support to the Valkyries, however, when he defeated Sirin in combat he stole her gem and killed her before betraying Shicksal and all other Valkyries, killing Raiden Mei in the process and pushing Kiana Kaslana to despair. With his new void powers, Welt ascended to Babylon Tower and continued the Second Eruption by spreading HW across Siberia, destroying the army of Shicksal and more millions to get his revenge on Otto Apocalypse.

Confronted by Bronya, who managed to survive the radiation, Welt revealed his past to the Valkyrie and his reasons. The two then begun to fight to death. Losing the battle, Welt decided to use his God Key, the Eden Star on Bronya in a final suicidal move but Bronya was teleported out of the tower by Seele before the Eden Star could kill her. Welt was the only one affected by the explosion and immediately lost his powers as the Herrscher of the Logic and Void. In his final moments, Welt is seen lying outside of the tower, asking who he was as he heard someone approaching him. It's unknown what happened to Welt from this point. 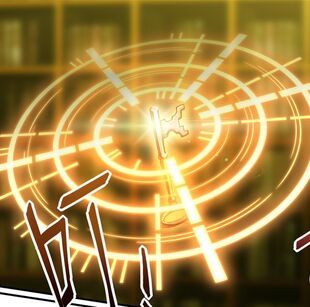 The God Key of the first Herrscher, the Herrscher of the Logic (Reason) riginally acquired by Gautama, the first ancestor of the Apocalypse family in Asia, but one cannot use it since "only the person with the highest wisdom can unlock its seal". Therefore, after the death of first generation ancestor, until Otto came to the Apocalypse family church for Kallen, he worshipped it as a sacred object given by the Gods. 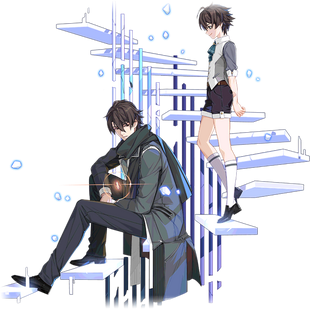 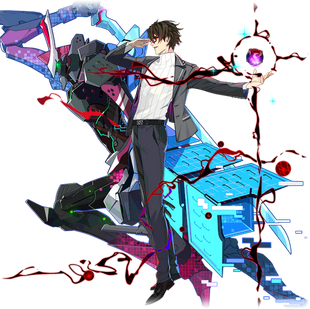 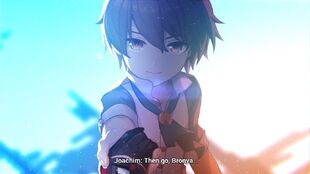 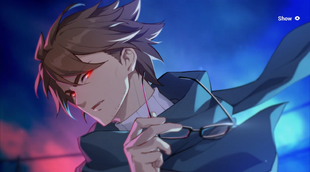