Judging and killing anyone he sees as being bad to Angela Bridges.

Have Angela Bridges all to himself.

Kill anyone who gets in his way. (all failed)

Thomas Barclay is the main antagonist in the 2007 thriller film P2.

He was portrayed by Wes Bentley, who also played Blackheart in Ghost Rider, Edward Mordrake in American Horror Story: Freak Show and Seneca Crane in The Hunger Games.

Angela Bridges is a young businesswoman from Readfield, Maine, who works in a downtown Manhattan office block and gets stuck working late on Christmas Eve, before leaving to attend a family party. On her way to her car in the second underground parking lot level (P2) beneath the office block, she discovers that her car will not start. After receiving some assistance from the security guard named Thomas and turning down his offer to spend Christmas with him, she calls for a taxi and waits in the lobby. When the taxi arrives, she discovers she was locked in the lobby, and runs back into the parking garage. The lights soon shut down and Angela, guided by the light on her cell phone, wanders around the deserted parking lot. Thomas drugs Angela with chloroform and takes her to his office.

Later, Angela awakens in a haze inside Thomas's office, having been changed into a white dress and high-heels by Thomas and chained to the table served Christmas dinner and a California wine, while even Thomas tells her he hailed from his hometown of Sonoma County, California. Thomas tells Angela that he loves her despite her "many sins", having obsessively watched and recording Angela for some time through the CCTV in the office block. Despite Angela's pleas and threats, Thomas continues to hold her against her will, even forcing her to call her family and lie about an illness so that no one will come looking for her. Angela tries to escape, but cannot due to Thomas' Rottweiler named Rocky.

Taking Angela to another level of the parking lot, Thomas reveals her co-worker Jim Harper tied to an office chair. Thomas believes Jim is evil after he witnessed Jim drunkenly hitting on Angela at an office party during the Christmas season. After beating him with a flashlight, Thomas rams him into the wall with his car multiple times, killing him. Amidst the murder, Angela is able to escape.

While Thomas hides the evidence, Angela rushes back to the office and steals some key cards. Angela runs to the elevators with Thomas right behind, and enters. While in the elevator, Angela calls for help from the panel of the elevator. She hears a voice that appears to be an operator but later turns out to be Thomas. Thomas then flushes her out by flooding the elevator with a fire hose from a higher floor.

While hiding in the parking lot, Angela is then tormented by Thomas who plays Elvis Presley's "Blue Christmas" over the intercom. She breaks open an emergency fire axe and begins to destroy the cameras one by one while making her way to his office, prepared to fight. Once entering, she finds a video playing of Thomas molesting her body while she was drugged. After a short fight, Thomas manages to knock Angela out.

Angela manages to escape while Thomas is talking to two policemen and kills Rocky. She tries to escape by car, but is side-swiped by Thomas in another vehicle, leading up to a game of chicken, which Angela wins. However, in the heat of the chase, Angela flips the vehicle. Thomas opens the door and Angela, feigning death, manages to stab Thomas in the eye and handcuff him to the car. Taking his Taser, she begins to leave, until Thomas desperately starts pleading, then insults her. She uses the Taser to ignite a stream of gasoline leaking from the car. Thomas is subsequently engulfed in flames and dies as the car explodes.

Thomas has very little personality and little is known about him. He is a fan of Elvis Presley and his only friend in the world appears to be his Rottweiler named "Rocky". It is entirely possible (otherwise plausible) that based on his actions, Thomas has both sociopathy and borderline personality disorder. He is obsessed with Angela and is deluded that they are destined to be together. Thomas also exhibits many paranoid thoughts and behaviors as well as delusions, appearing detached from reality. He is also extremely remorseless and cruel about his actions, killing several innocent and defenseless people and having no qualms about doing so. Despite this, Thomas is also somewhat tragic, as circumstances such as him being alone all the time, have molded him into the person he was.

Thomas having a Christmas meal with Angela after kidnapping her.

Thomas showing Angela the man who tried to sexually assault her, tied to a chair in the car park.

Thomas beating the man severely, much to Angela's horror. 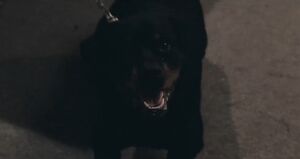 Thomas using a fire hose to flood the lift Angela is hiding in.

Thomas pursuing Angela through the car park in his car.

Thomas being strangled by Angela after being stabbed in the eye.

Thomas insulting Angela after being handcuffed to a car. 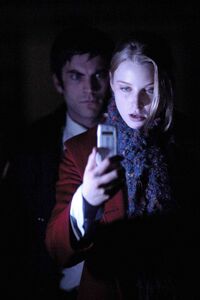 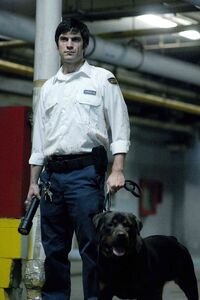 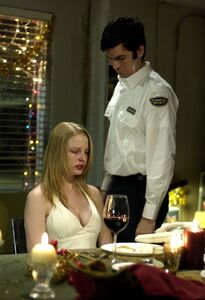 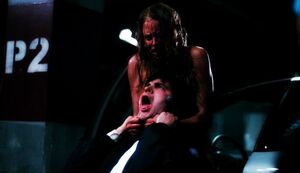 Angela fights back against the wounded Thomas.

"This is my present to you."
Community content is available under CC-BY-SA unless otherwise noted.
Advertisement