Help The Master take over the world (failed).

Kill Professor Abraham Setrakian (succeeded, at the cost of his own life).

Thomas Eichhorst was a main character and secondary antagonist of FX's Horror-Thriller The Strain. He was a Gestapo officer in the Treblinka extermination camp in Poland during WWII, and thereafter served as a right hand Strigoi, under the command of The Master, and has remained his right hand for decades. He spent the series tormenting his arch-nemesis Professor Abraham Setrakian, whom he had met in the camp.

He was portrayed by Richard Sammel who also portayed Adolph Gettler.

Eichhorst was born in 1910, in Germany. As a Radio salesman, Eichhorst was never a successful man, always ridculed by his boss and his co-workers. Before the rise of the Nazi Party, he was captivated by a speech made by a party member. His display of admiration lost him the prospect of friendship and maybe romance with Helga, a co-worker and unbeknownst to Eichhhorst a Jew. He soon rose the ranks of the Nazi Party, due to his cruelty, and was stationed in the Treblinka Extermination camp, where he met Abraham setrakian, a jewish carpenter.

Shortly after the fall of Treblinka, Eichhorst was turned into a Strigoi by the Master, who had decided that the German's expertise in the imprisonment and extermination of large groups of humans would be useful. How exactly the Master and Eichhorst met and why he did not end up just another meal for the Master is not revealed, but Setrakian concluded that the Master's plan to seize the world was inspired by the concentration camps he preyed upon.

In 1967, Setrakian discovered clues that Eichhorst was feeding in northern Albania, and set out to track him down. Setrakian discovered an abandoned castle with a well, which he had traveled down, only to find that it was a trap. Abraham remained trapped in the well for more than a day, as Eichhorst had removed his rope. During that time, Eichhorst had attacked and turned his wife Miriam, who Abraham was forced to kill, some time later.

In 2014, with the help of Eldritch Palmer, has the Master brought to New York, via Regis Flight 753, and uses this as a means to create his first group of strigoi.

By this time, Eichhorst was a fully mature vampire. However, through the use of extensive makeup, prosthetics and a wig, he appeared as human in order to carry out the Master's will in public settings (Setrakian, seeing him for the first time in decades, even speculated that Eichhorst's appearance might have been surgically altered solely for this purpose).

Eichhorst appears as the anonymous "waxy boy", who tasks Augustin Elizalde with driving a CDC van containing the Master's coffin, explaining that he is to take it out of John F. Kennedy International Airport and deliver it to the other side of the Hudson river before dawn, in exchange for him erasing his brother's criminal record, as well as giving his mother full American Citizenship, showing his skills in manipulation. It is also revealed that he had bribed CDC Doctor Jim Kent, in exchange for an experimental cancer treatment for his sick wife.

After the coffin has arrived at its destination, an underground garage, Eichhorst introduces Eldritch Palmer to his new Master.

After Abraham Setrakian has been arrested, Eichhorst visits him in jail. He proceeds to taunt Abraham about the inevitable success of the Master's plan, the death of his wife and his sentimentality in keeping his wife's Strigoi-infected heart preserved in a jar, which Eichhorst considered to be amusing. Setrakian retorts that he will avenge his wife soon and taunts Eichhorst back, saying that his old friend, Dr. Werner Dremerhaven, has already fallen beneath Setrakian's sword.

Eichhorst is the intermediary between Palmer and the Master. He is keeping Palmer satisfied, but only to a degree, as Palmer quickly continues to grow more and more impatient. The Master appears in Palmer's headquarters where he feeds him "the white," a worm-free variation of the Strigoi blood. The white renders Palmer healed entirely from his bed-ridden, near death health state. Palmer, however, is still denied immortality, the very thing he craves, as the effects from the white are merely temporary.

Eichhorst is confronted again by Palmer after the Master retreated upon being lethally wounded in battle and fully engulfed in the sun's rays. Palmer demands to see the Master, fearing for the Master's possible death. Eichhorst denies the encounter and refuses to relay anything to Palmer, warning that he does not act cleverly by defying the Master. Eichhorst becomes more than simply displeased upon learning how Palmer stopped the Ancient's ambush unit through the use of UV lights. Prior, Eichhorst had no knowledge of the devices being present and, therefore, was unaware of the threat they posed to himself, the Master, and any other Strigoi ally. After the incident, Palmer assures Eichhorst that there were no other UV light installations.

Eichhorst was a capable manipulator yet his arrogance towards Setrakian led to his downfall. When he displayed his supreme phisical capabilities by keeping Setrakian lifted with one arm and gloating about how Setrakian's faith in his God failed to protect him against the Master, he was ready to turn the Jew to deliver all knowledge Setrakian had to the Master once Setrakian's transformation would be completed and thus end this rivalry since Setrakian and the others became a more pressing danger. Eichhorst suffered a quick poisoning that left him almost paralyzed since Setrakian took the whole Warfarin blood thinner. In his final moments Setrakian asks the Master to look through Eichhorst eyes and promises him that even though it might not be him that stops him, he will be defeated before he slices off his lifetime-enemy's head.

Despite his death, He ultimately ended up killing Abraham, due to infecting him with the virus. This was however in vain, as in the end, Ephraim Goodweather, and his son Zack, managed to defeat the Master, once and for all, by detonating a nuclear warhead, 800-feet below the ground, where the Master was. 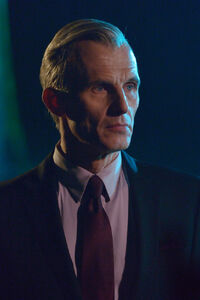 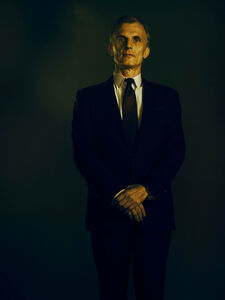 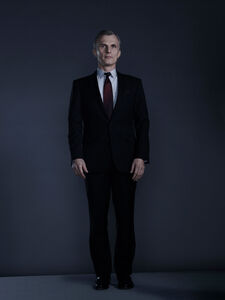 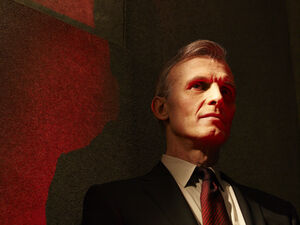 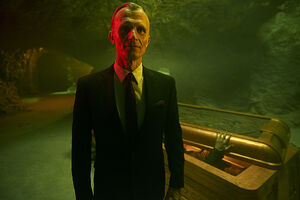 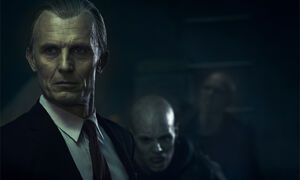 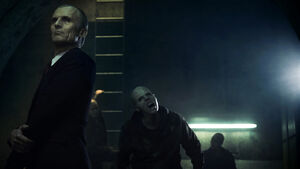 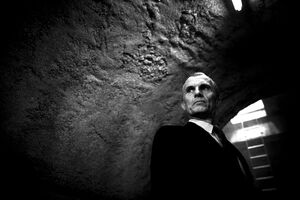 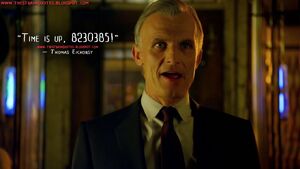 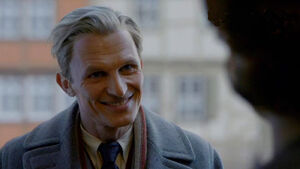 Eichorst in his early life. 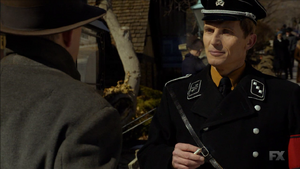 Eichorst as an nazi. 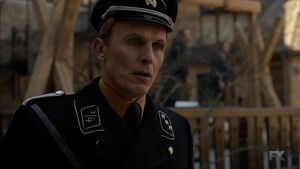 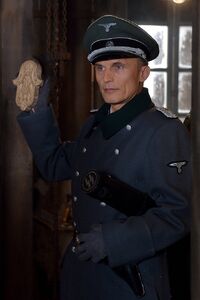 Eichorst holding one of Setrakian's art. 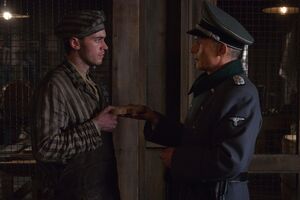 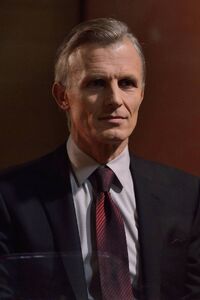 Eichorst without his makeup. 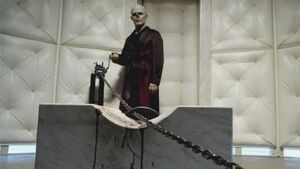 Eichorst about to feed on a human. 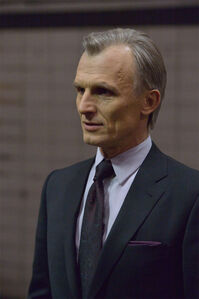 Eichorst face to face with Setrakian. 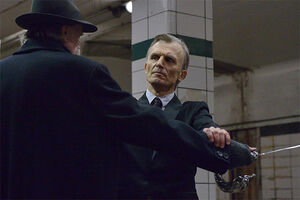 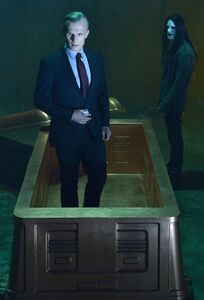 Eichorst preparing the new coffin for The Master. 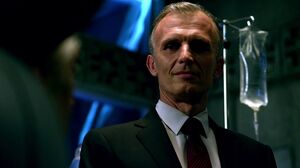 Eichorst looking at a sick Palmer. 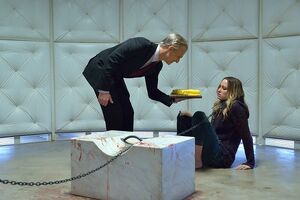 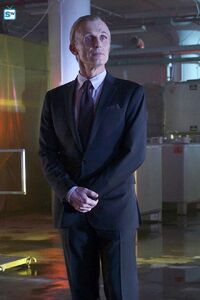 Eichorst at the slaughterhouse.
Add a photo to this gallery 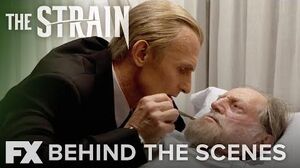 The Strain Inside Season 4 Eichorst FX 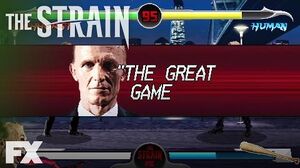 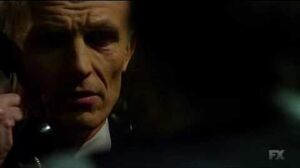 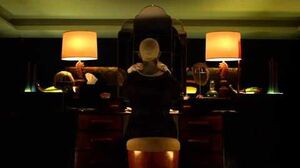 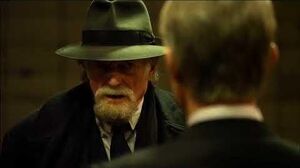 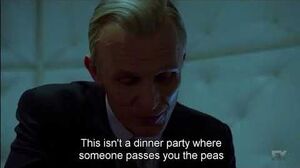 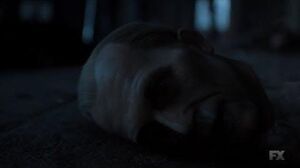 The Strain Eichhorst death scene
Add a photo to this gallery

Retrieved from "https://villains.fandom.com/wiki/Thomas_Eichorst?oldid=3892387"
Community content is available under CC-BY-SA unless otherwise noted.