Convincing Lucas that war is the only way to defeat the Helghasts.

Declare war on the Helghast and wipe them out by any means necessary.
Kill Lucas Kellan for his treachery (succeeded).

Thomas Sinclair is one of the primary antagonists of the 2013 video game Killzone: Shadow Fall, serving initially as a supporting character to protagonist Lucas Kellan before his betrayal.

He was a former Shadow Marshal, head of the Vektan Security Agency and director of the Shadow Marshals. While adopting Lucas Kellan during the events of the relocation, Sinclair was known to be very trusting and protective towards Kellan. At the same time, he shared Kellan's initial contempt towards the Helghast, as he believes that every Helghast seeks the destruction of Vektans, and as long as the Helghast exist, the war will never end.

He was voiced by David Harewood, who also voiced Captain Quinton Cole in Battlefield 3 and portrayed Captain Poison in Blood Diamond, Joshua Naismith in Doctor Who, and Hank Henshaw on CWs Supergirl.

Prior to the Helghast colonization of eastern Vekta, Sinclair was a Shadow Marshal of the ISA military and fought during the Second Extrasolar War. He was a former soldier and was stationed on Vekta during the colonization of the eastern half of the plant. He was an active duty soldier serving in many military operations to secure ISA victory in the Second Extrasolar War.

SInclair first appears in the introduction of Shadow Fall where he is seen fleeing from the Helghast soldiers during the early establishment of the State of New Helghan. He had run into the Kellen family and helped escort both Michael and Lucas Kellen to safety beyond the wall in western Vekta.

Unfortunately, he was only able to save Lucas as his father was killed right in front of him during their escape from Helghast territory. Ever since 2367, Sinclair had trained Lucas to become a Shadow Marshal and soon became his superior and became the Director of the VSA/Shadow Marshals in the years that followed.

He then sent Lucas on many missions beyond the wall to stop any possible Helghast aggression and tried to convince him that the Helghasts must be removed from Vekta in order to secure peace rather than actually coexist.

He sees Lucas a vital part to his plan and uses it for important missions such as retrieving important data from the ISC Cassandra to acquire a biological weapon made by Dr. Hillary Massar that could possibly be used against Vekta. In Chapter 4: The Patriot he is seen using the terrorist attack on the VSA Headquarters by Black Hand terrorists led as a reason for war with the Helghasts and uses Vladko Tyran as an excuse to send Lucas into New Helghan to infiltrate the country despite the dangers he faced over on the other side. Despite the dangers, Lucas discovered the alliance between New Helghan Chancellor Hera Visari and Jorhan Stahl on preparing to use Massar's bio-weapon against Vekta and was told to go to Helghan to retrieve her.

Lucas however, had sided with Helghast agent Echo aka Maya VIsari, on convincing the ISA to stand down and not escalate the Vektan Cold War. SInclair declined the offer and sent Lucas to Helghan to arrest Massar but allowed Echo to kill her, branding him a traitor in his eyes. Following Lucas's travel to the ruins of Helghan, the ISA had soon launched an invasion of the secret facility known as the Spire and managed to kill Stahl, but also killed Lucas for his treachery after hearing Stahl's plans for Vekta. He is then seen in the last mission where he is announcing a plan for war with the Helghasts and calling for public and political support, but is killed by Echo out of revenge for Lucas to prevent the possible war.

Sinclair was a devout patriot and committed soldier to the ISA and Humanity. He bravely fought the Helghasts during the Second Extrasolar War and had been a successful soldier in securing ISA victory.

However, he is actually a dark warmonger who seeks war with the Helghasts despite the suffering of both sides and the casualties from the potential conflict. He also was intent on keeping his dreep of conquering eastern Vekta and even went as far in killing Lucas Kellan over his plan after he sided with Echo. 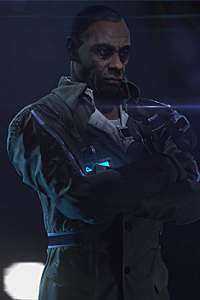 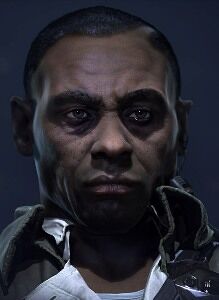 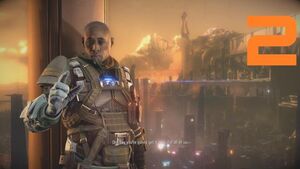 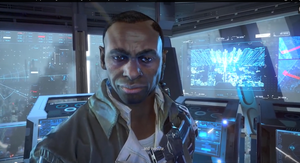 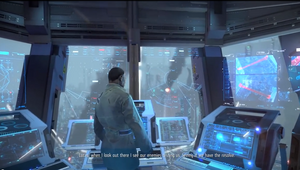 Retrieved from "https://villains.fandom.com/wiki/Thomas_Sinclair?oldid=4294305"
Community content is available under CC-BY-SA unless otherwise noted.