Ability to bestow the chosen (marked with the symbol of the Thorn) an unnatural strength and resilience (called Curse of Thorn)
Curse of Thorn has the ability to turn the chosen into a cold-blooded killer
Ability to command Michael Myers to commit inhuman acts (the ability that eventually got out of control and backfired horridly)
Extensive knowledge of supernatural factors and blood sacrifices
Has professionals, old ladies, an unstoppable serial killer, and even the law enforcement official within its ranks
Also have plenty of goons to do the cult's dirty work and act as its muscle

Use Michael Myers' genetic materials to harvest, exploit and study the power of evil.

Force the bearers of Curse of the Thorn to perform the blood sacrifice of their entire families to keep the cult alive.

The Thorn Cult, also known as the Cult of Thorn, was a villainous cult of druids. The nature of this secretive group is different, depending on which version seen of Halloween 6. In the theatrical verison, the Smith's Grove Sanitarium crew are more interested in harvesting and exploitng the power of Thorn through DNA, becoming merely cult geneticists relating the rune of Thorn to modern science and using Michael Myers' DNA during their own experiments. The Sanitarium has been using the women of the institution for their experiments by possibly performing in vitro fertilization on them with embryos artificially inheriting Michael's DNA. Jamie's son Steven is the result of these experiments, and Dr. Wynn implies that the sanitarium will use Michael, Danny, and Steven to further understand Thorn on the genetic level.

In the Producer's Cut of Halloween 6 they are in fact the original druid Cult of Thorn, comprised of many Haddonfield residents.  In this version, Steven is intended to be Michael's final sacrifice (since innocent blood is needed for the ceremony), and the curse will then be passed on to Danny, who is to immediately sacrifice his mother Kara.  Moreover, a flashback shows that Steven was conceived by the cult having Jamie raped by Michael, rather than through artificial insemination.  In the theatrical version, it's possible that Kara was instead kidnapped for the cult to perform their IVF experiments on her.

The Curse of Thorn is a constellation that could appear during Halloween. To prevent mass death among the tribes, one family was chosen to bear the curse. This curse would require the bearer to sacrificially murder his or her entire family, which in turn would spare their community from events such as plague and drought. The curse also appears to give the cursed inhuman strength and immunity from death.

The curse was greatly explored in the Producer's Cut of Halloween 6, with more importance given to Dr. Wynn and his Cult. At the end of that cut, a dying Wynn passes the curse to Dr. Samuel Loomis, which is the real reason Loomis screams at the end of the film.

The Mark of Thorn was a symbol that appeared on the wrist of those involved with the cult, or cursed by them. It could be seen on Michael's wrist, and in the Producer's Cut it could be seen on Dr. Wynn and later Sam Loomis. 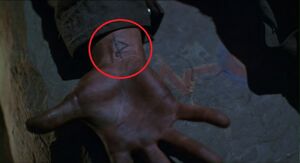 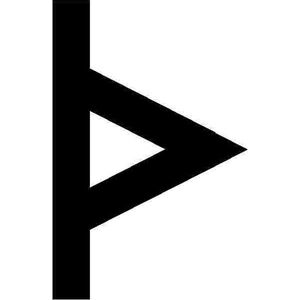 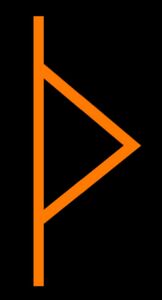 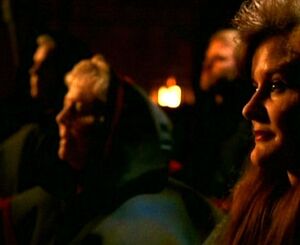