The Alien
Diller
The Monster
Funk of 40,000 Years
Michael Jackson

The Thriller is the main antagonist of the 1982 Michael Jackson song and 1983 music video of the same name. It is described as a monster of unimaginable horror that appears on "thriller night", which is most likely Halloween or Friday the 13th.

While the Thriller's true appearance is never shown, it is described in the song's lyrics. It is said to be so terrifying that its appearance alone causes complete paralysis. It is also said to have forty eyes. If the eyes are like that of Jackson's werecat eyes, then they are bright yellow with thin black irises and pupils.

The Thriller is also described as being cold and smelling like rotting corpses.

The song is sung by the late Michael Jackson character of the same name, narrating possible events that may (or will) occur to his frightened date.

The music video begins with a scene which is set at night in the 1950s of Michael Jackson proposing to his girlfriend while driving in a forest before abruptly turning into a werecat and attacking her after he tells her that he's not like other guys. However, this is revealed to be a horror movie called Thriller that Michael's character and his actual date are watching in the theater. Scared, his date leaves, and he follows as he tells her that it is only a movie and his date says to Michael that it wasn't funny and Michael tells her if she got scared of it, and her date tells him that she did not got scared as she walks home.

In the song, Jackson teases his date on the way home by singing about a monster with the name of the movie. He says that it appears around midnight, and that its appearance alone can make the victim freeze in sheer terror, including being unable to scream. Even if the victim manages to escape the paralysis, the Thriller will chase him/her indoors or to a secluded location and close the door, trapping him/her inside with it. It will then approach and attack.

He "warns" her that the monster and its zombies will come and get her, possessing her. He then claims that that he will protect her should it be needed.

The couple are soon surrounded by undead zombies. Jackson turns into a zombie himself and leads them all in a dance number, distracting them so his date can run away into a nearby house. Michael and the zombies attack and corner her, but she soon finds that it was all a dream and that Michael simply took her to his house. He then offers to take her home. She immediately forgets about her dream and goes with him.

During the last few moments, Michael turns to face the audience with the same yellow eyes that his werecat form had, revealing that he may be the Thriller or be possessed by it, and that the zombie and werecat hallucinations could have been his doing. However, his true connection is unknown.

Though speculation exists on the true nature of the Thriller and Jackson's character's involvement, it can be assumed that whatever the Thriller truly is, it enjoys toying with its victims and/or prey by scaring them in various ways before striking. It perhaps feeds off the fear of mortals, then does with them whatever it wants. It is extremely conniving and manipulative, so he is able to persuade its victims to be with it until it decides to attack. 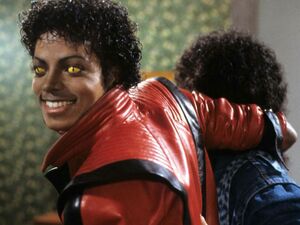 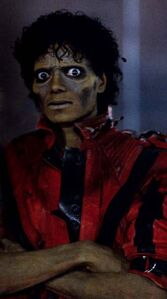 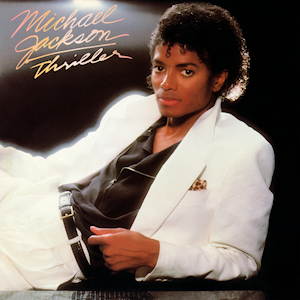 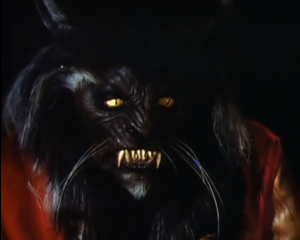 Michael as a villainous werewolf 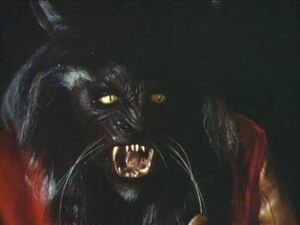 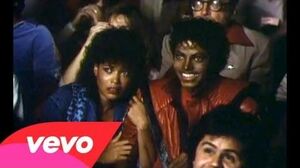 Michael Jackson - Thriller
Add a photo to this gallery

Retrieved from "https://villains.fandom.com/wiki/Thriller?oldid=4009994"
Community content is available under CC-BY-SA unless otherwise noted.