Member of the Wrecking Crew

To crush anyone who stands in his way.

Dr. Eliot Franklin, better known as Thunderball, is a supervillain in Marvel Comics. He is a member of the Wrecking Crew, who is notable for being one of the few "strongman" style villains to hold a PhD. He is in league with both Thunderbolts and the Masters of Evil.

A physicist with a genius intellect, Eliot Fraklin was nicknamed "The Black Bruce Banner" due to his intelligent mind and his work in the pursuit of gamma radiation study. However, he wasn't as saintly as the friendly doctor, as he robbed people to fund his work, with this criminal lifestyle causing him to go to jail. There, he met Dirk Garthwaite, becoming friends with him.

Later, both men, along with Henry Camp and Brian Philip Calusky, escaped from the prison. After lightning struck one of the men's crowbars, each of the men received new power. From then on, the Wrecking Crew were formed, with Henry as Bulldozer, Brian as Piledriver, Dirk as Wrecker, and Elliot as Thunderball. Later, he enchanted, then used a wrecking ball as his weapon, the enchantment making it very durable.

Both Thunderball and Wrecker have a complicated relationship. The doctor belives he's better than Wrecker due him being smarter than his leader, which causes him to occasionally be upset as his commander. He tried numerous times to ursurp him, but even after his untrustworthyness, Wrecker still keeps him around, as he considers him as the other members a family for him.

Thunderball has dueled many superheroes, such as several members of the Avengers and Hercules. He has also joined the Masters of Evil and Doctor Doom's group during the Secret Wars. The Wrecking Crew also took over Polemachus, the home of Arkon and Thundra. This happened after they lost their power for a while and used a different source of energy.

The Wrecking Crew also went to Los Angeles before being defeated by the Runaways. After being sent to the Raft, a prison on a island, they broke out after Electro attacked it.

Thunderball has some superhuman abilities, such as:

On top of this, he also is very smart, especially regarding things involving Gamma Radiation. 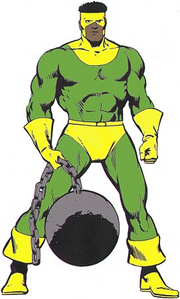 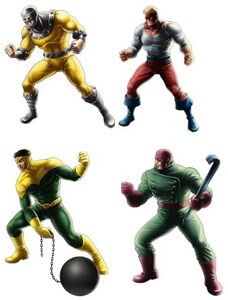 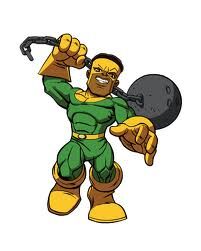 Thunderball in The Super Hero Squad 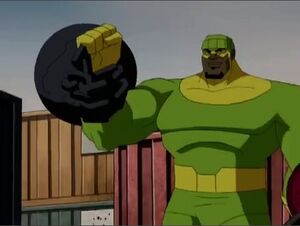 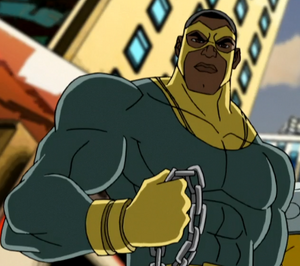 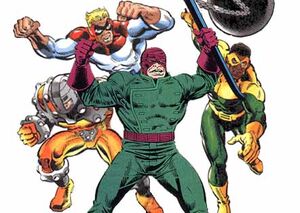 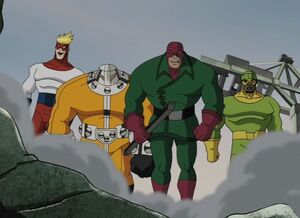 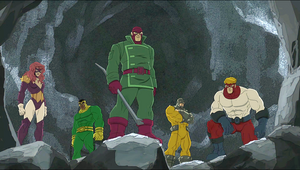 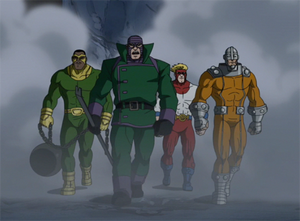 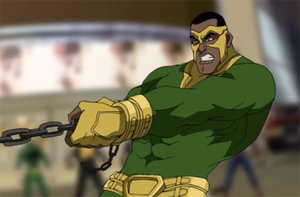