Search for food with the help of the storm (succeeded).

Thunderclap's Flock are supporting antagonists from Pixar's 16th full-length animated feature film The Good Dinosaur. They are a group of nasty scavengers hailing from various species of pterosaur, all named after a storm aspect. Collectively, they are led by Thunderclap (the central villain).

"The Pterodactyls are a search-and-"rescue" team of five. They like to sit back and let the often-treacherous storms in this part of the world do their dirty work, then reap the benefits of the devastation. But when these flying hunter-scavengers set their sights on Spot and Arlo, they’re in for a big surprise."

Thunderclap (voiced by Steve Zahn) is the leader of the gang, a purple Nyctosaurus. While all of them work together for for food, he asserts his position over the others when they fight over prey.

Downpour (voiced by Mandy Freund) is a Caulkicephalus. Her crest is curved inwards, unlike the crests of her comrades. She is the only female of the gang.

Coldfront (voiced by Steven Clay Hunter) is a Ludodactylus. His gray crest curves upwards and is distinguished by his pink neck.

Frostbite (voiced by Hank Azaria) is a Ludodactylus, and the (possible) brother of Coldfront. He has a purple crest that is shaped like a triangle.

Windgust (voiced by Alan Tudyk) is a Guidraco. He has the smallest crest, but the thickest beak and neck.

After an Apatosaurus named Arlo is stranded far away from his home, the Pterosaurs encounter him while looking for prey following a deadly storm. Thunderclap and the other pterosaurs introduce themselves under the claim that they are a rescue patrol and agree to help him find his way back. However, they quickly reveal their carnivorous nature, and detect that Arlo has something accompanying him and pressure him into revealing where his acquaintance is. While Arlo tricks Downpour and Coldfront to look for it, Arlo escapes with his human Spot and runs from the pterosaurs. The pterosaurs are hot on their trail until they run into two young Tyrannosauruses named Nash and Ramsey, who scare the group away.

When the two return to the mountains, the pterosaurs encircle them like sharks and attack Arlo, managing to kidnap Spot and push Arlo off a cliff while he is distracted. Spot escapes their grasp briefly and hides inside a stump at the river while the pterosaurs try to claw him out. Arlo arrives with newly found courage and headbutts Frostbite and Wingust into the river. Downpour and Coldfront are able to lift Arlo away from Spot and Thunderclap and attempt to drown him in the water, but Arlo manages to use his dad's technique of slicing a tree in half with his tail which lands on the two, sending them helplessly downstream the river. 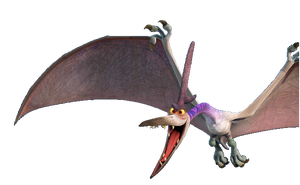 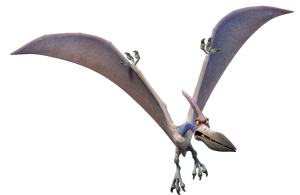 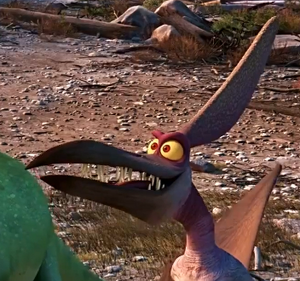 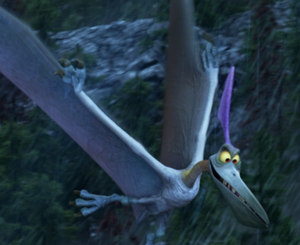 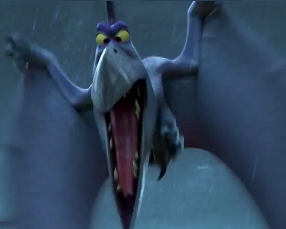 Thunderclap swallows a critter whole after Arlo saved it, showing his true nature. 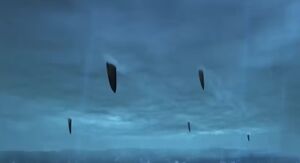 The pterodactyls flying around storm clouds while they prepares to attack Arlo and Spot. 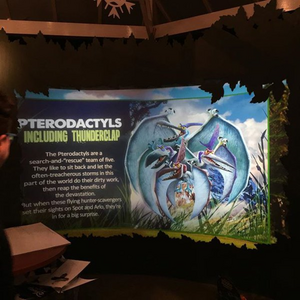 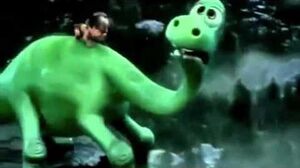 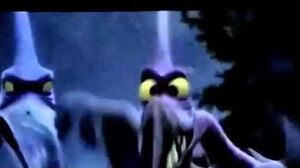 The Good Dinosaur - Rescue from the Pterodactyls (Spoilers)