Thundercracker is an antagonist in Transformers: Cyberverse. He's one male Decepticon Seeker who worked on the Slipstream command with Nova Storm, Acid Storm, and Thrust, until Starscream took command of the Seeker Team.

Because the intelligence level of all Searchers has been found to be low, Thundercracker has always behaved insanely often based on it. And even if he tells the truth to another bot, it annoys his captain, Slipstream.

Millions of years ago on Cybertron during the war, Thundercracker and other Seekers fought with other Decepticons against Autobots. During the war, Cybertron was dying when Optimus sent AllSpark away from Cybertron, after that, he and the other Decepticons began searching for the AllSpark around the universe. Millions of years later, it became clear to the Decepticons that the AllSpark was hiding on planet Earth, where Optimus and his crew's ship, the Ark, collided millions of years ago. When he and his Seeker comrades arrived on Earth, their mission was to take control of the planet and find the Ark. During the mission, he chased Windblade and Bumblebee with his Seeker comrades, and they succeeded in capturing Windblade later by luring her and Bumblebee into the trap with Teletran-X. After capturing Windblade, he and the other Seekers began to take data out of her, and at the same time he and the other Seekers were tasked by Shockwave to repair the space bridge so he and Shadow Striker arrived on Earth to conquer Earth, destroy the Autobots, and take over the AllSpark when Windblade escaped. Once the space bridge was repaired and Shockwave and Shadow Striker arrived on Earth, they began a mission with him and the other Seekers to destroy all life on Earth, and they split so that two Seekers would go with Shockwave and three other Seekers would help Shadow Striker, and he, Slipstream and Nova The Storm helped Shadow Striker, and then they traveled to the North and South Poles to turn off the magnetic field. But Bumblebee, Windblade, and Grimlock came their way to destroy his, Slipstream, Nova Storm, and Shadow Striker's ship to save the Earth and all of its life. Shockwave later instructed him and the other Seekers to stop the Autobots when Ark's location was found. They were well fought, but they followed Bumblebee, Windblade, and Grimlock to the cave where Ark has been buried, and they began to fight against them. As Shockwave began to cause the volcano to erupt, and the battle began to intensify, he, Shadow Striker, and the other Seekers retreated. 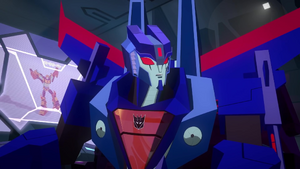 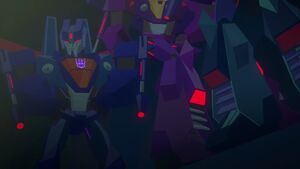 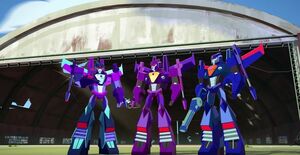 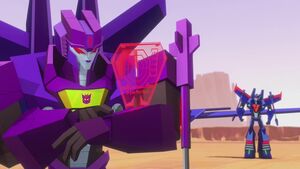 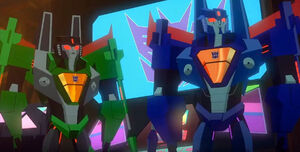 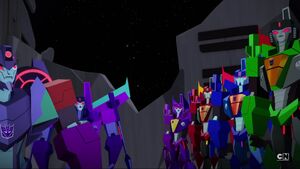 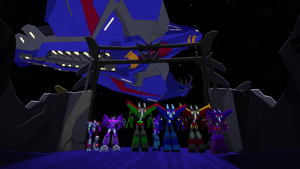 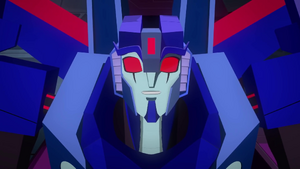 Thundercracker said "Holy Megatronus" when he saw Shockwave on screen 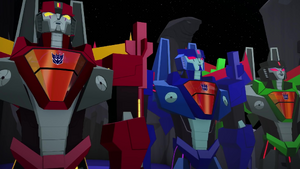 Thundercracker keeps his back straight 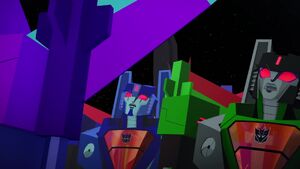 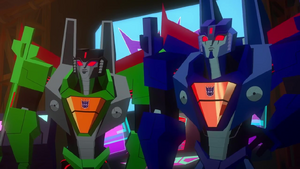 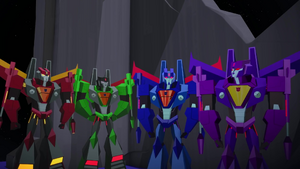 Thundercracker and Nova Storm were commanded by Slipstream and Shadow Striker 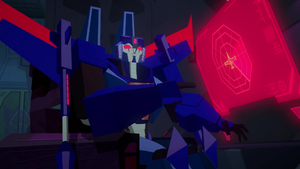 Thundercracker says something is coming 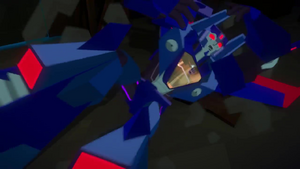 Thundercracker crashed to the floor by Windblade 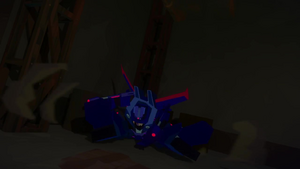 Thundercracker was hit by an energy wave 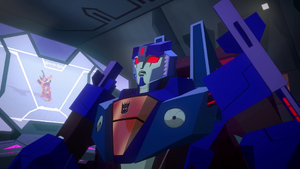 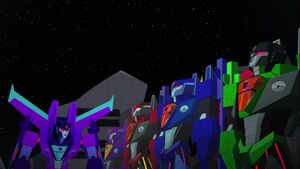 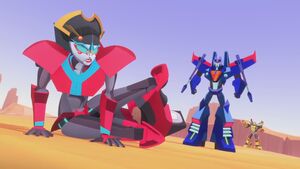 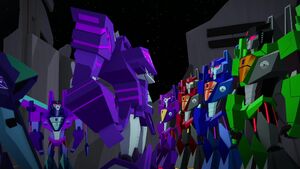 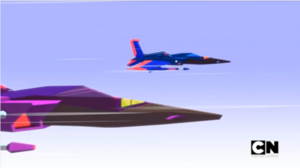 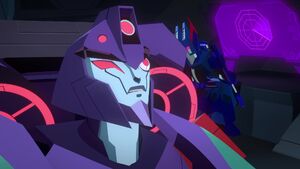 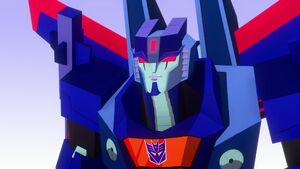 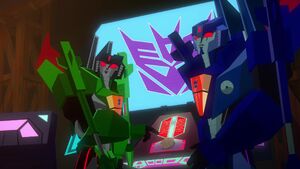 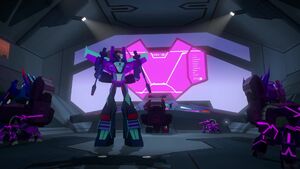 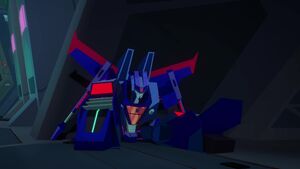 Thundercracker was thrown against the wall 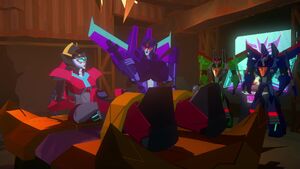 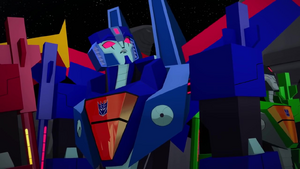 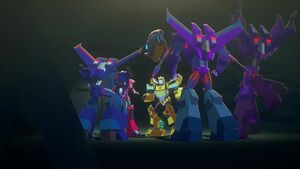 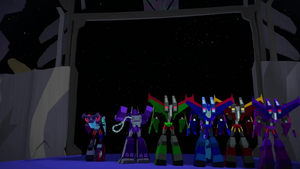 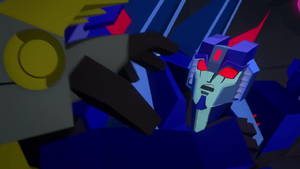