Villains Wiki
Register
Don't have an account?
Sign In
in: Doctor Who Villains, Military, Traitor,
and 9 more

Tia Karim was a villainess from The Sarah Jane Adventures. She appeared in the two part episode "Death of the Doctor."

She was played by Laila Rouass.

Tia Karim was a high ranking UNIT officer who first appeared in Part 1 of the episode to inform Sarah Jane that The Doctor had passed on. She stated that the Shansheeth (a vulture-like race) discovered the Doctor's body and brought it to Earth for a proper ceremony at Base 5 underneath Snowdon, where Sarah Jane attends with Rani and Clyde, despite being suspicious of the claim. Part 1 ended with the Shansheeth being revealed as participating in a sinister plan to capture Sarah Jane and Jo Jones (another of the Doctor's companions), and take their memories.

In Part 2, Karim was revealed as a villainess aligned with the Shansheeth, as Clyde, Rani, and Santiago (Jo's grandson) learned Karim's ruse while they were in the air vents. After her villainous reveal, the evil Karim locked the trio in the vents and turned up the heat, with (possible) intent on killing them. Karim later had Sarah Jane and Jo captured and placed on the Memory Weave, where she details her and the Shansheeth's evil plans. They planned to recreate the TARDIS key by using Sarah Jane and Jo's memories, so they can use the TARDIS to prevent death all over the universe, doing so by interfering with timelines. As for Karim, she wanted to leave Earth in the TARDIS, stating that there's nothing left for her. The villainess and her cohorts where thwarted when The Doctor appeared with the trio and told Sarah Jane and Jo to regain their memories, which led to the Weave exploding and killing the villains. 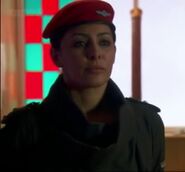 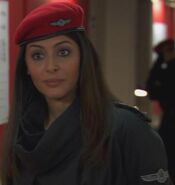 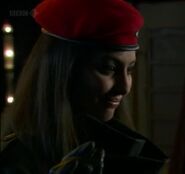