Tialuna Rem Iskalia is the main villainess from Ys SEVEN.

Tia is a girl who lived a modest life in Old Town, the slums of Altago City. Though she always felt lonely, she eventually finds happiness after adopting Maya, a mute girl who was orphaned during the war between Altago and Romn. Thanks to her expertise with medicinal herbs, she helped the people in Old Town and often travelled to the other towns to help as well. She eventually befirends the adventurers Adol and Dogi, who help her many times during their travels either by rescuing her from danger or running errands for her.

Tia was in fact Tialuna Rem Iskalia, the last descendant of the Iskan elder lineage, and thus the one fated to bring about the Wind of Destruction, a ritual which must carried by the Iskan elder when Altago becomes imbalanced with too much suffering and through which the entire land is destroyed to begin anew. Though she initially didn't wanted to carry this burden, Tia eventually decides to procceed after Maya gets afflicted with Iskan Fever, an incurable disease. She reveals herself as the true mastermind behind the anomalies Altago after Adol obtains the power of three of the Dragons of Altago, having ordered Scias to kill King Kiemarl and the Prime Minister Orbus to speed up the ritual.

After Adol defeats the Moon Dragon Ze-Kaitos, the dragon tells him that his role as the chosen Dragon Warrior is to serve as a representative of all life on Altago, and that even though the dragons granted him their powers, he is fated to lose since this is the only way to legitimze the whole ritual. Despite this, a chance still existed that he may win, so Adol and his group decide to follow through and face Tia at the bottom of the Well of Souls. After Tia is defeated, the current of souls changes and the Root of All Existence itself appears, so Tia urges Adol to defeat it and stop the Wind of Destruction.

After Rul-Ende is defeated, the Well of Souls starts to crumble so Tia asks Adol to be left there, but is convinced otherwise after Aisha tells her that they can all atone for their sins. With the Root of All Existence gone, Altago is saved and the cycle of death and rebirth is no longer necessary, so all of the dragons appear after the heroes and congratulates them before vanishing forever. However, Tia herself starts to vanish as well due to her ties with the Root. Maya, who had fully recovered from her disease, reaches to Tia and recovers her voice, telling Tia to never leave her. Tia thanks her for bringing her joy and hugs her before vanishing forever. 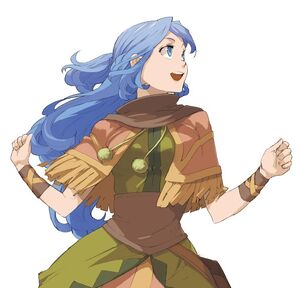 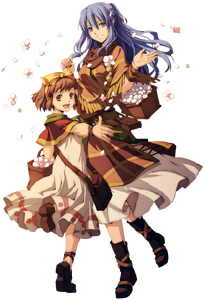 Retrieved from "https://villains.fandom.com/wiki/Tialuna_Rem_Iskalia?oldid=3220741"
Community content is available under CC-BY-SA unless otherwise noted.