Elinmiate humanity, return back to her world and reunite with her children

Using Gorgon as her vessel to wreck havoc in Babylonia

Tiamat (in Japanese: ティアマト, Tiamato), also known as Beast II (in Japanese: ビーストⅡ, Bīsuto II), is one of the Beast-class servants from the Evils of Humanity. She serves as a major antagonist in Fate/Grand Order: Observer on Timeless Temple, appearing as the main antagonist in its seventh chapter, Babylonia: The Absolute Frontline in the War Against the Demonic Beasts. Subsequently, she is the main antagonist of Fate/Grand Order: Babylonia - The Chain of Heaven, which is an anime adaptation of the Babylonia Chapter.

Apparently, Tiamat never speaks in human language, and her words sounds like her singing brief aria as a substitute during her monologue. Only her children understand what she is on about.

In the Japanese version, her vocal effects are provided by Aoi Yuki, who also voiced Kurona Yasuhisa in Tokyo Ghoul and Sunako Kirishiki in Shiki. While possessing Gorgon, she was voiced by Yuu Asakawa. In the English version, she is voiced by Melissa Fahn who voiced also Rider Medusa, Ana and Gorgon.

Tiamat is originated from the primordial Goddess of Chaos from Mesopotamian mythology. She is also the Second Beast, whose evil is Regressionnote (as in wanting others to stay the same and resenting when they change.). Tiamat was in a deep slumber before being freed by a combination of the human order falling apart, the power of a Grail, and Chaldea's attack. She immediately followed her instincts and began the extermination of humanity.

While she holds a grudge for being abandoned after her purpose was fulfilled, she indulges in the joy of once again becoming the mother of everything. At the bottom of her hatred towards humanity, there is also joy towards humanity for becoming a mother, as well as love towards humanity, them being the children of her first-generation children. For this reason, Beast II binds herself. A mother’s love is something necessary for growth, but it is something unnecessary for adults. In order for humanity to advance to the next stage, they must overcome the “original woman”.

Tiamat is the womb that was cast aside after the world was created. She is the Maternal Sea who was used as the soil to give birth to life, but once the Earth’s environment settled and ecosystems were established, Tiamat was deemed unnecessary and driven out into the world of imaginary numbers. (The Inner World. Lifeless imaginary number space, not a parallel universe.)

Because the Earth’s ecosystems were established, Tiamat, who randomly designs life, was no longer needed. The goddess became nothing more than an obstacle to the process by which life forms acquired the intelligence determined by the planet. Since then, Tiamat has been waiting in the world of imaginary numbers for her chance to return to Earth.

In Sumerian Mythology, the gods were given birth from the pairing of Tiamat, who is the salt water, and Abzu, who is the fresh water. Afterwards, the gods, whom are their children, waved their banner of revolution against the primeval father Abzu and acquired supremacy over the world. At this moment, Tiamat gently approved the deeds of her children. It is proof that her love for her children has won over her love for her husband.

However, the gods pointed their blades even at Tiamat, their mother. Tiamat, in her grief and disorder, gave birth to 11 Magical Beasts as her new children, and they altogether had a showdown with the gods. At the end of the conflict, Tiamat and her 11 Magical Beasts were torn apart. It is said that the gods tore up her corpse into two, forming heaven and earth from it, and thus, had established the ritual for the creation of the World of Man.

Babylonia: The Absolute Frontline in the War Against the Demonic Beasts

With the collapse of the Human Order Foundation and due to the power/distortion of the Holy Grail, thanks to Goetia, Tiamat achieved her return to this world. However, she was in the middle of a deep slumber. Setting aside the fact that Merlin's magecraft kept her asleep, once Beast II was attacked by Chaldea, she woke from her sleep and setted out to clean up humanity in accordance with her primal instincts.

In Fate/Extra CCC, Tiamat was mentioned in BB's Potnia Theron Skill. It is the authority of the Earth Mother Goddess whom BB compiled and absorbed from the abyss of the Moon Cell. It is the embodiment of the power of creation possessed by the mother goddesses, originating from a forgotten goddess approximately 8000 years ago (the goddess of Çatalhöyük), and branching to Tiamat, among other goddesses. 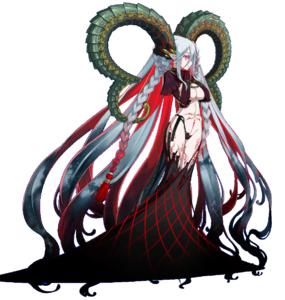 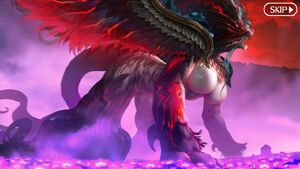 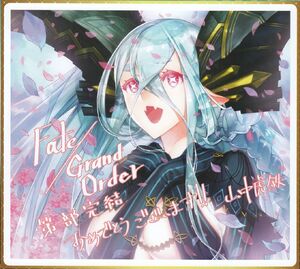 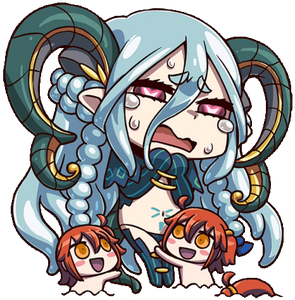 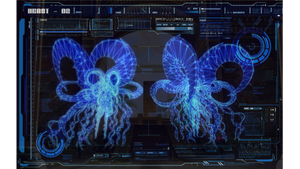 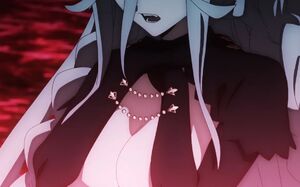 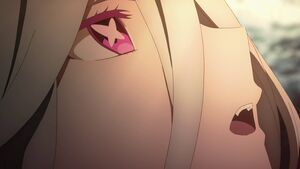 Retrieved from "https://villains.fandom.com/wiki/Tiamat_(Fate/Grand_Order)?oldid=3826550"
Community content is available under CC-BY-SA unless otherwise noted.