Murdering people who ridiculed him and for the Slender Man.

Tobias Aaron "Toby" Rogers, also known as Ticci-Toby, is the titular main antagonist of the Creepypasta story of the same name.

Toby is usually upbeat and hyperactive. However, he can occasionally be a very sarcastic person, and he will occasionally be uncontrollable due to his bipolar disorder. He is shown to be temperamental when he is able to change from being very emotional to being angry or happy instantaneously, making it impossible to speak to him at times. In spite of this, he can show kindness towards certain people, and he is also shown to be a treacherous troublemaker.

Toby is a tragic boy who was born with several mental disorders and was constantly bullied until he went insane and killed his father. He was found by Slender Man and serves as one of his Proxies.

Toby Rogers was born with many different mental disorders, making it very hard for him to fit in with people. His disorders caused him to be unsuited for a public school surrounding, along with earning him constant bullying, so he was switched to homeschooling early on.

He grew up with little to no friends and he lived with his mother, his older sister Lyra, and his father. When Toby was 17 years old, his sister and he were involved in a tragic car accident resulting in Lyra's death.

After the death of his sister, Toby grew more and more troubled, his symptoms getting worse, barely eating or leaving his room, growing less and less social, losing more and more memory and taking his stress out by chewing the flesh off his hands and fingers.

His father lost himself to drugs and alcohol and became abusive towards his family. Toby soon lost control of his sanity and one night attacked and killed his father. He fled out of the house, grabbing two of the hatchets in his garage, a box of matches, and a gallon of gasoline, and set the neighborhood on fire in the attempt to escape the local police.

The fire surrounded him and as he was about to give into his own death, Slender Man appeared and saved him before he blacked out. Toby woke up with no memory of his past life and soon became one of Slender Man's proxies. 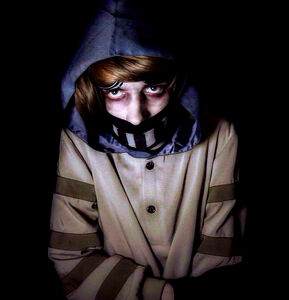 Toby without his goggles
Add a photo to this gallery 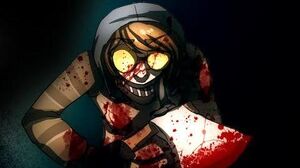 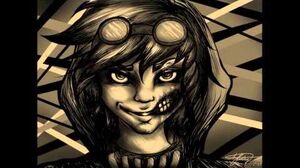 Ticci Toby (Being A Proxy) 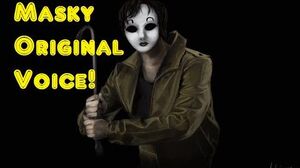 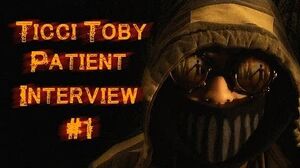 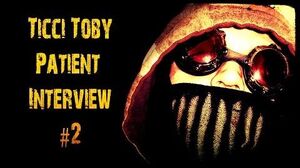 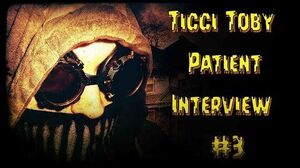 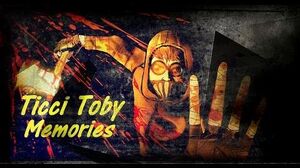 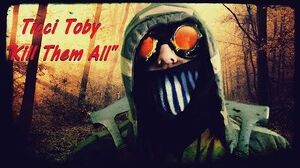 Ticci Toby "End Them All!" 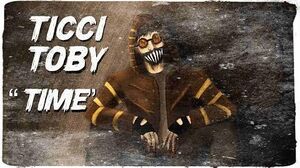 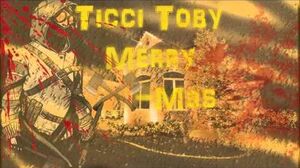 Ticci Toby "Merry X-Mas"
Add a photo to this gallery

Retrieved from "https://villains.fandom.com/wiki/Ticci-Toby?oldid=3780798"
Community content is available under CC-BY-SA unless otherwise noted.