Turning people into Another Riders.

Erase all history of Heisei era Kamen Riders and become the king of the world.

He is portrayed by Shunsuke Daito.

Desiring to become the ruler of the world by erasing the history of all Heisei Riders, Tid kidnapped Shingo Hisanaga on the day his brother was born in order to seal him away, as his status as a Singularity Point would have prevented his plan. To accomplish this goal, Tid created Another Double from an unknown host and later recruited Another Den-O after Another Double brainwashed Ataru Hisanaga with the Den-O Anotherwatch.

However, Shingo ended up escaping from the Another DenLiner when it was attacked on the way to Tid's lair by Geiz Myokoin in his Time Mazine, causing it to crash. Tid pursued Shingo and soon discovered he had met Sento Kiryu / Kamen Rider Build, surprising Tid as he had not expected to see any Kamen Riders after he banished them from reality. As Shingo ran, Build stayed behind to buy him time and attempted to attack Tid, but the Time Jacker moved out of the way each time he attempted to land a hit.

Tid then brainwashed Sento to be his servant and sent him to fight Ryuga and Sougo when they showed up, but Sento revealed that he had resisted Tid's mind control and was only pretending to be brainwashed to find out what Tid was planning. Unphased by this, Tid proclaimed he already had everything he needed before exiting the scene. With Shingo having given himself up to Another Double and Another Den-O in order to save his younger brother, Tid placed the child in a machine to seal him away so his Singularity Point status would not affect his plans. Tid then rose his castle up to the surface and unleashed an army of past Kamen Rider combatants to terrorize the surrounding area. He also broke into Riku's tomb and stole his power to create the Kuuga Anotherwatch.

Tid was soon confronted in his lair by Zi-O and Geiz, and Build and Cross-Z but payed them little concern, sending out his minions and Another Rider henchmen to fight them. After his two Another Riders were destroyed, Tid used the Anotherwatch he created from stealing the power of Riku, the previous Kuuga, to become Another Kuuga. However, Kamen Rider Build, piloting Tsukuyomi's Time Mazine, and Kamen Rider Zi-O in his own Time Mazine combine their powers to defeat Another Kuuga.

Defeated but not dead yet, Tid becomes more unhinged and uses his Another Watch on Shingo to absorb him and become Another Ultimate Kuuga. Flying out from his castle, Tid declares he will destroy the world, as he is the only one who should smile, and summons a massive army of past footsoldiers to battle the Riders. After defeating Tid's army, the 20 Heisei Kamen Riders combine their powers to destroy his final form, killing him and saving Shingo. 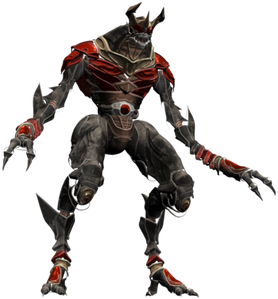 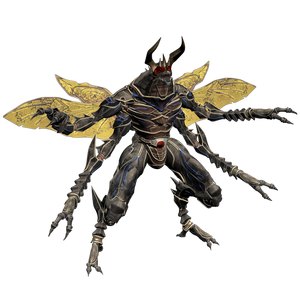 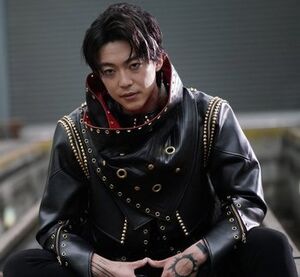 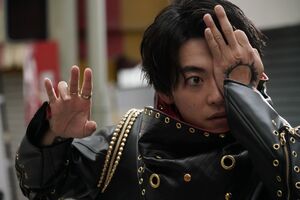 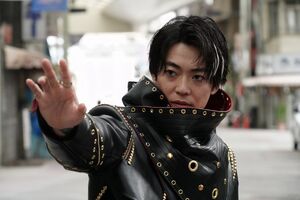 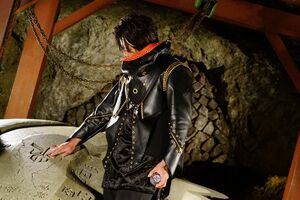 Tid in the tomb of Riku stealing his power to create the Kuuga Anotherwatch. 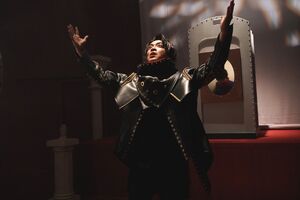 Tid in his shadowy and mysterious lair. 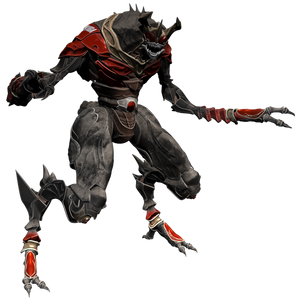 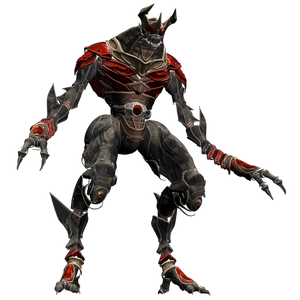 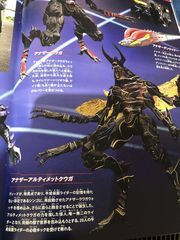 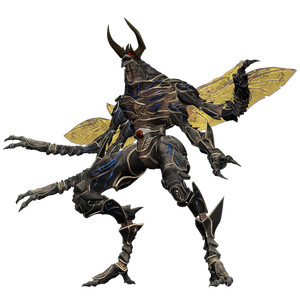