Unbelievably large stature grants his near immortality and strength, battleship related weaponry such as missile launchers

Serve Megatron and crush the Autobots under his foot

Tidal Wave is a gargantuan Decepticon officer from the Transformers franchise who transforms into a battleship. Fueled by utter rage, loyalty, and low intelligence, Tidal serves as a literally major antagonist of the Transformers Armada cartoon, the PS2 game based on it, and Transformers: Energon.

Pounding the Autobots with firepower in Desperate, Thrust called out to Tidal Wave to initiate his party piece. Tidal Wave transformed and split into three component vehicle sections, and Powerlinxed with Megatron. Megatron set off in pursuit of Jet Optimus. Tidal Wave gave Megatron flight capability and an overwhelming amount of firepower which kept Jet Optimus at bay long enough for Megatron to slice the connection point between Optimus Prime and Jetfire with the Star Saber. However, Optimus Prime managed to obtain the Requiem Blaster and used it to injure both Tidal Wave and Megatron, forcing the Decepticons to retreat to the Moon for repairs.

This occurs in an alternate version of Armada On Megatron's never ending conquest for power, he placed Tidal Wave in charge of a large army of Decepticlones when he arrived at Earth in search of power-granting mini-cons. Once the Autobots arrived to put a stop to Megatron's destructive tread, Tidal Wave transformed into a battle ready war barge with his loyal Decepticlone troops littering his platform. A single Autobot agent, whether it be Optimus Prime, Hot-Shot, or Red Alert (player dependent), arrives at site, witnessing an island sized Tidal Wave sit in the middle of the Mid-Atlantic during a stormy night. After intercepting the ship and gunning down all Decepticlones, the Autobot jumped out at the last second as Tidal Wave transformed into an enormous robot. A long battle ensued, ending with the violent death of the huge Decepticon. 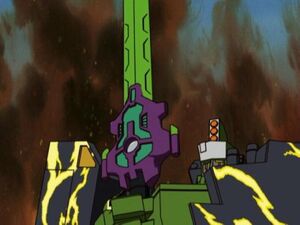 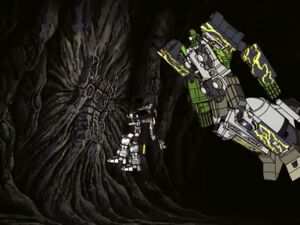 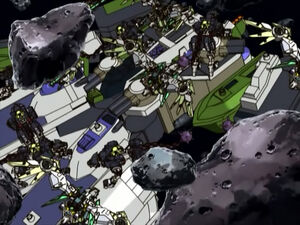 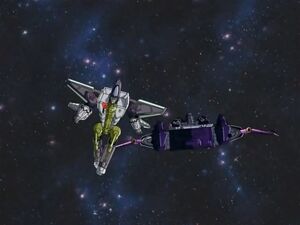 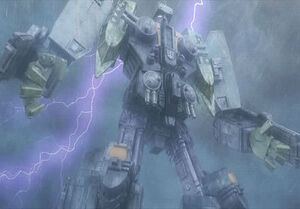 Tidal Wave in the Armada videogame 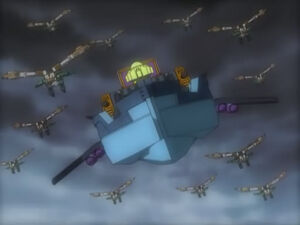 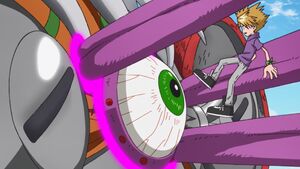 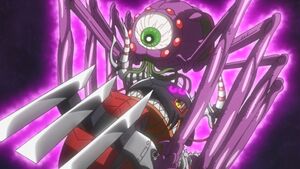 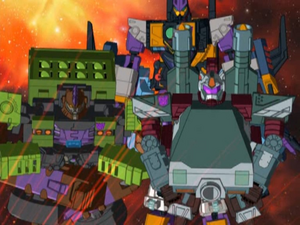