Member of the Amazon Warriors

Kill Spawn to be the top Hellspawn slayer in Heaven's army (failed).

Tiffany is a recurring antagonist in the Image Comics series Spawn, who first appeared in issue #44. She is an angel and a Hellspawn Hunter.

Little is known about Tiffany's background, other than having a rough relationship with her sister Angel, whom she sees as a rival, she believed her to be a traitor after hearing that Angela let Spawn escape, she takes the opportunity to prove herself worthy of the title of Heaven's army. She goes to Earth and tries to kill Spawn.

Tiffany, like fellow angel Angela, is a Hellspawn hunter. Therefore, the most current Hellspawn, Al Simmons, is her primary target. After she lost the fight, she escaped with her life, since the still inexperienced Spawn did not realize that merely destroying an angel's physical body is not enough to truly kill it.

Tiffany appears as one of the secondary antagonists in The Adventures of Spawn series alongside Mammon, Cy-Gor, and Overt-Kill where she has a more Greater role in the story as one of Heaven's most illustrious and honorable warriors.

TIffany also appears in the video game Spawn: In the Demon's hand as a playable character.

Being an angel she possesses superhuman strength, speed, stamina, and flight as well as holy light itself. 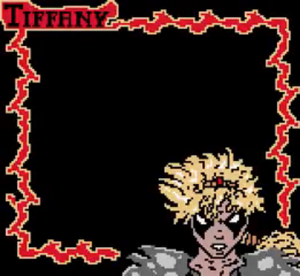 Tiffany in the GameBoy Color. 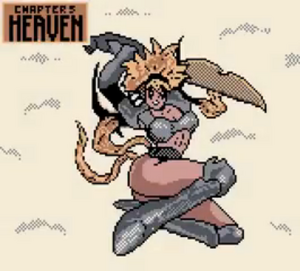 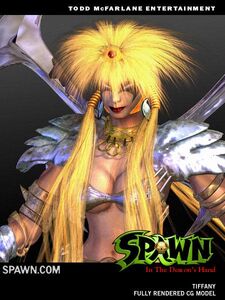 Tiffany in the Spawn: In the Demon's Hand.

Tiffany tells her sisters she plans on hunting a Hellspawn. 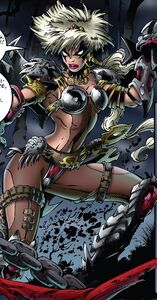