Tiger's Eye, also sometimes called "Tigerseye", is an antagonist in Sailor Moon. He is one of the Amazon Trio who serve Zirconia.

As his name suggests, Tiger's Eye was once a tiger, but was turned into a human by Zirconia. He attacks with a whip and throwing knives. Whenever he is sent to search people's dreams for Pegasus, Tiger's Eye always targets younger girls.

When Fisheye tried to stop Hawk's Eye going after Usagi (as Zirconia believes her to be the holder of Pegasus), Tiger's Eye went after him to stop him interfering, but soon they were attacked by Para Para's assassin, Mr. Magic Pierrot, who destroyed Serena's dream mirror and killed Hawk's Eye. Tiger's Eye and Fish Eye gave up the power that made them human in order to rebuild Usagi's dream mirror, enabling her to transform into Sailor Moon and destroy Mr. Magic Pierrot.

Tiger's Eye died along with Fisheye, and the trio reverted back to their original forms. They were revived by Pegasus and their human forms were permanently restored, this time with dream mirrors, and he took them to live in Elysion. 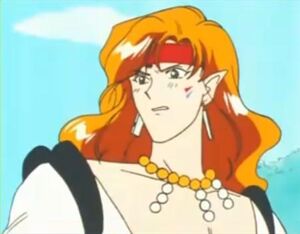 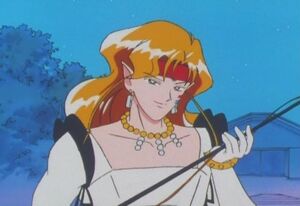