Attack and frighten others.

Rape women in order to reproduce.

Tikbalang is an evil spirit from Philippine folklore that is described as a blasphemous fusion of man and horse, making it a distant cousin of entities such as the Kelpie, Pooka, and Each-uisge: collectively known as Water Horses (though unlike these spirits Tikbalang is a largely land-based demon).

Tikbalang is a folkloric demon and as such many regional tales speak of him in differing ways but he is usually seen as troublesome, if not downright malevolent, at his most harmless he enjoys hiding in remote areas and making travelers become lost via casting tricks and spells on them, the only way to stop him from continuing his tricks is to turn one's shirt inside out.

In more malicious tales, he stalks the same wilderness and will frighten any he comes across as well as outright attack them, sometimes these attacks even end in him devouring his victim - in the case of female humans an even worse fate can befall them as the demon often rapes them, it is said the result of this rape is the birth of another Tikbalang and is how the demon reproduces.

While a dangerous creature and rightfully feared as many horse-spirits Tikbalang can also be tamed by people brave or foolish enough to try, though it requires having to obtain some of his hair before he devours you, after which you may force him to do your bidding (this is similar to how putting a saddle on a water-horse will also tame it).

Tikbalang is always depicted as a horrible beast with the body of a human but the head of a horse, his legs end in hooves and his hands are like gnarled claws - he is often of inhuman size but like many spirits, he is an adept shape-shifter with an array of occult powers at his disposal and may appear either in this horrible form or as an attractive human or an equally handsome stallion. 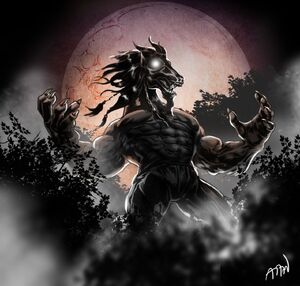 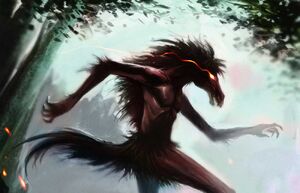 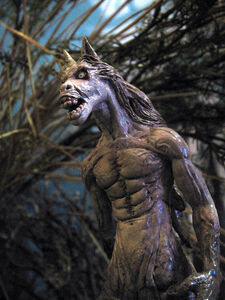