Member of the Bakugan Council (formerly)

Creator of V Virus
Ruler of the Bakuzron Army

Conquer both Vestroia and Earth to rule them with an iron fist.

Destroy the Awesome Ones.

Tiko appeared in Midsummer Nightmare, but as a dream. He is seen attacking Drago and the other Bakugan on Vestroia.

Tiko'sTruknaious Bakuzon reappears several times when attacking The Awesome one are exploring the sections of Maze and disappears after fighting the AO Bakugan. He eventually reveals himself to Drago and the others and puts up a strong fight against Drago, swallowing his Twisting Inferno and brushing off other attacks, he eventually retreats once again.

The Awesome Ones reach a mysterious section of The Maze with a golden ball, Tiko reappears to claim this ball of light, which is actually a Core Cell. Tiko struggles to enter the Core Cell, but eventually penetrates it and goes inside, with Drago coming after him.Dan Kouzo and Drago find themselves in an area with golden balls of light (the light of the Core Cell), but Tiko appears and turns the light into darkness. Dan comes up with an idea for Drago to absorb the light in order to power up similar to how BakuCores power up Bakugan. Drago absorbs the light and then evolves into Hyper Dragoind, but Drago suddenly remembers that this dark golden Bakugan is actually named Tiko. Drago uses his powers to unleash a powerful fire attack against Tiko, the blast causes an earthquake in the real world (above ground) and causes a flashing hexagon to appear in the sky.

Hyper Drago unleashes a fire attack that takes the form of a dragon, this attack engulfs Tiko and causes him to scream from the damage and seemingly destroying his body but Tiko reveal he not destoer and going his next plan

Tiko is a shadowy, horned, dragon/goat like Aurelus Bakugan, his wings. Tiko is a very powerful Bakugan, being able to swallow Drago's fire attack easily and block other attacks. He appears several times when The Awesome one are stuck in The Maze, attacking them with a possessed Bakugan . Tiko has the ability to possess Bakugan and create Bakuzon. Tiko seems to spit out a dark goo that can injure and prevent Bakugan from moving, his dark goo injured Drago's leg for example. When Bakuzon are fully possessed by Tiko, their bodies are coated in this dark goo which can shift into tentacle-like arms or launch from the Bakuzon and neutralize Bakucores on contact.

Acting as the greatest enemy of the Bakugan, Tiko seems to set regards on corrupting Core Cells into order to cosume light and bring imbalance to Vestroia which that suggests he's highly destructive and power-hungry. 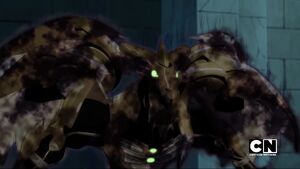 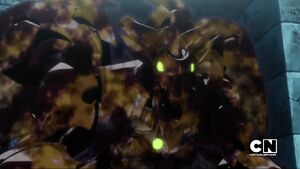 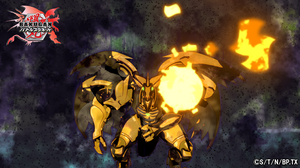 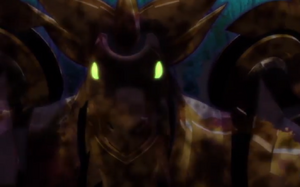 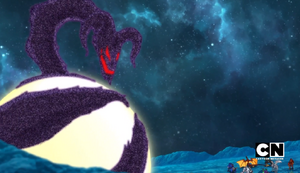 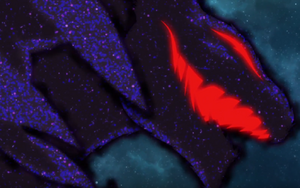 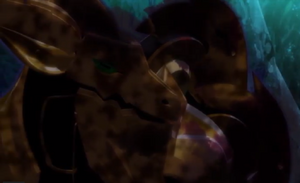 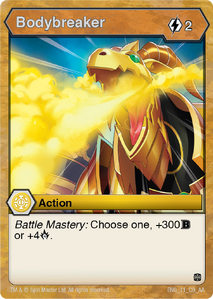 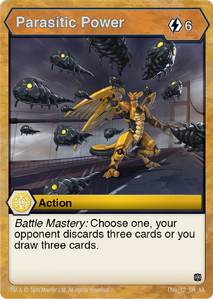 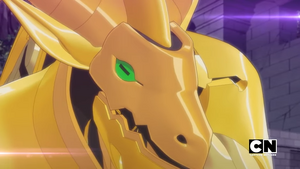 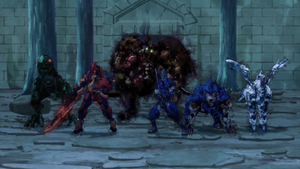 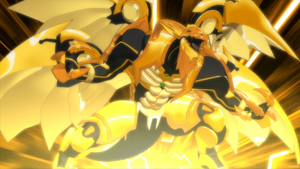