Replace Oma Zi-O with their own king.

Erase all history of Heisei era Kamen Riders and become the king of the world.

Reality-Warpers
The Time Jackers are a group of mysterious figures from the future seeking to alter history and the main antagonists of the 20th anniversary Heisei Kamen Rider series Kamen Rider Zi-O. They are responsible for distributing the Anotherwatches that steal the powers of the Heisei Riders and turn people into Another Riders. Their goal is to alter the timeline by finding a candidate to become king and replace Oma Zi-O as ruler of the future.

Traveling to 2017, Uhr offered to save a basketball player from being hit by a car in exchange for him accepting an Another Watch. The player accepted and was transformed by the Watch into Kaijin Rider Another Build.

Following the destruction of Another Build, Uhr and Ora conversed about whether Kamen Rider Zi-O could pose a threat to their plans before Ora went off to create Another Ex-Aid.

After the destruction of Another Ex-Aid though, Uhr got into an argument with Ora before Sworz came in and interrupting them by freezing time. Sworz reminded them that the events set to lead to Oma Zi-O were still set to happen and that they must alter time so it flows to suit their own desires.

Ora later made a deal with a man named Ryuichi Sakuma to give him the Faiz Anotherwatch that would allow him to turn into Another Faiz. However, after his Another Ridewatch ran out in 2011, Sworz approached him and handed him the Fourze Ridewatch for him to use to transform into Another Fourze.

Sometime after Zi-O's battle against Another Gaim, the three Time Jackers met in a bar where they were approached by Woz, the herald of Oma Zi-O, who sought to propose an alliance. Despite some initial hostility, the three agreed to ally after Woz noted that they all had the shared goal of stopping Geiz Myokoin from altering time any further and convinces them to ally with him.

Uhr and Ora later met with Swartz, who handed Uhr the Shinobi Anotherwatch. After Rentaro Kagura fell into despair from getting beaten up trying to save a friend, Heure froze time and appeared to him, inserting the Anotherwatch into Rentaro to turn him into Another Shinobi. Uhr was later confronted by White Woz, who demanded information on Another Shinobi and threatened to make a car crash into him if he didn't say anything.

The Time Jackers later came across Another Kikai and claim its insect Ridewatch once Zi-O II defeated the Another Rider. Swartz then forced the insect onto Heure's face and forcibly turning him into Another Kikai to see if a Miridewatch would come out of it. In order to find the password for Another Kikai, Ora pretended to defect from the Time Jackers in order to obtain it from Sougo. After learning the true password was "WILL BE THE KING", Ora paused time on all of them and typed the password instead, resulting in the creation of the Kikai Anotherwatch is created instead and Uhr reverting to normal. Ora then uses the watch on Uhr to make him become Another Kikai again, but Another Kikai is soon destroyed by White Woz after he became Futurering Kikai, restoring Heure to normal.

At some point, Swartz created Another Zi-O by giving the Zi-O Anotherwatch to Hiryu Kakogawa. Meeting at night, the Time Jackers observed a star shining in the sky, which Heure stated was Regulus. After watching Another Zi-O fight Zi-O, Uhr asks Swartz why he created Another Zi-O, as their stated goal was to prevent Zi-O from rising to power. When Swartz left after observing Tsukuyomi travel back in time, Uhr voices his concerns that Swartz may be hiding information from them to Ora, but Ora rejects the notion.

After the timeline was altered so Hiryu Kakogawa became the Demon King in 2019 as Another Zi-O II, the Time Jackers entered service to Another Zi-O II alongside Woz. When Sougo was being assaulted by GeizRevive Goretsu, who didn't recognize him due to the alterations to the timeline altering his memory, Uhr froze time on him and Tsukuyomi to give Sougo time to escape. After Sougo fled, Uhr unfroze time and told the two he couldn't have them killing Zi-O at that time. Soon after, the Time Jackers met on top of a building to discuss the new timeline.

Uhr later abducted Tsukuyomi with help from Hiryu's Another Rider minions and brought her before Swartz. Swartz then revealed to him that Tsukuyomi was his younger sister and that they were both part of a royal family from an alternate timeline. Swartz then revealed his true intentions of becoming king himself, shocking Uhr that the Time Jackers' entire stated mission was a lie. Ora then walked in and Uhr tried to explain to her Swartz's true intentions, but was unable to before Swartz stole her time powers. Uhr then grabbed Ora's fainted body and used his time powers to push back Swartz before making his escape.

After claiming the power of Decade and becoming Another Decade, Swartz put his final plan into motion. Swartz began abducting people as Another Decade and transporting them to the Another World so he could substitute them in the real world with Another World Riders. He then began to merge all of the parallel dimensions together in order to destroy them and save his one parallel timeline, resulting in a massive army of past enemies of the Kamen Riders emerging as the worlds fused together. After killing Sougo's friends, Swartz succeeded in invoking the power of Oma Zi-O for him to steal, only for Sougo to transform into Oma Zi-O and finish him off, seemingly ending Swartz and his faction of Time Jackers.

Following the defeat of Another OOO, a fourth mysterious Time Jacker named Tid emerged seeking to erase the history of the Heisei Riders and become king himself. Tid had no known connection to Uhr, Ora or Swartz and was responsible for the creation of Another Double and Another Den-O. He later stole the power of Kuuga from the tomb of Riku to create the Kuuga Anotherwatch, which he used to become Another Kuuga. However, Tid's scheme was foiled when he was destroyed by the combined Rider Kicks of the 20 Heisei Riders.

Later on, a fifth Time Jacker named Finis emerged and created Another Zero-One to lure Sougo to the World of Zero-One. When he arrived in 2007, Finis stole the powers of the Kamen Riders from him and used them to create the Ichigo Anotherwatch, declaring she would become the first Kamen Rider as she used the Anotherwatch to become Another 1. However, Finis was later destroyed in 2019 by Zi-O and Zero-One.

Swartz managed to survive into the new timeline created by Sougo with his memories intact, now serving as principal of Sougo's high school. After Ora regained her memories as well, she rejoined Swartz in the Time Jackers and departed with him following Oma Zi-O's destruction. 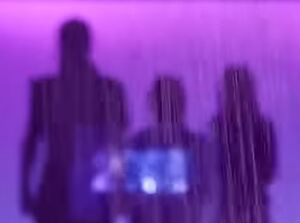 The Time Jackers' silhouettes as seen in the opening.