Psychologically mess with anybody in the town of Ludlow after being resurrected via the dark powers of Pet Sematary.

Timothy "Timmy" Baterman is a supporting antagonist in Pet Sematary. In his life, he was a good normal man who went to war to fight the Nazis in 1941 and he was shot dead in Italy. He came back to the American town of Ludlow within Maine in a funeral box and his father, Bill Baterman, went insane when he got the news but soon after he quietened down because he knew of the cemetery in the woods and he knew what he would do.

He was portrayed by Peter Stader.

Bill waited until the funeral of his son, then after the funeral he went back, dug up his son's corpse, and dragged it in a white bag up to the Pet Sematary. He was the first human that Jud Crandall knew of who decided to bury another human in the cemetery. But maybe not the only one.

Bill buried Timmy's corpse in the cemetery and then he went home and waited. Soon after, one night, he got a visit from Timmy. He was now undead, and had walked through the dark woods to his house. Bill, believing that his son was now back alive again and perfectly normal, embraced his son delightfully and welcomed him back.

But what Bill didn't know, was that the burial ground was infected and possessed by the dark magic of the Wendigo and that through nefarious dark magic Timmy was resurrected Wendigo, absorbed all its knowledge and changed to evil. Timmy seemed to become one with the Wendigo's powers, so it could act like Timmy on the surface and be creepily friendly with the townspeople, but at home he was a monster. Timmy was soon seen walking the streets of Ludlow, and scared people to death, as they knew that Timmy had died, having all gone to his funeral. So, Timmy was seen shambling along the streets, dishevelled and disorientated, although this was soon seen as a front because when spoken to Timmy was seen to be very conscious and aware of how to scare people. He asked a neighbor if she was free that night - presumably to rape her.

Timmy was now becoming an urban legend of Ludlow, and soon five men, Jud amongst them, went to Bill's house to talk to him. They noticed Bill had lost loads of weight and he was getting ill. He was also scared by the Wendigo, but he never talked to any of the men, other than to tell Timmy to be quiet. Timmy told George that his grandchildren were waiting for him to die so he could give them his non-existent heritage, he told Alan his wife was cheating on him, and enjoying it, and he told Jud and Hannibal something dark about their lives too that they were unaware of. Timmy seemed to be more than human and Jud finally realized that it was a demon inside of Timmy.

Timmy bid them all goodbye and chased them out of the place, laughing manically, but then Bill had finally had enough, and that night Bill soaked the house with oil, lit a match, and shot himself and his undead son in the head. When they were recovered, the doctor thought Timmy had been dead for months because of his decomposition.

In the film, he is much the same character, except the film glosses over this section. He is portrayed by Peter Stader in the film.

Much of his creepy and sociopathic character was cut down for the film, including the interactions with George, Jud and Hannibal and his perverted nature with the townsfolk. He was simply described as the son of a Ludlow resident who had fought Hitler but had been shot in Italy, so he was bought back to Ludlow to be buried. Several days later, however, his father went to the Indian cemetery in the woods and buried Timmy in there, and that night Timmy returned as a malevolent zombie. The film makes no mention of the Wendigo nor of any explanation as to why the dead return; this is to keep a mysterious aspect behind the Indian cemetery and it is just suggested to be dark magic.

Timmy is more insane in the film, he digs for dead animals behind his house and devours them. He does not even speak a word of English.

A young Jud Crandall heard of the rumors of the walking corpse so he got scared, yet eager to see if such a legend was real. He set out with George and Hannibal and together, they all burned the Baterman house down with Timmy and his father inside. Both died, the son Timmy being the burial ground's first victim.

In the film, Timmy only appears blurred through a flashback told by Jud, who used him as an example/warning to Louis about burying his daughter in the cemetery. His story is largely the same as before.

Timmy had been drafted to fight in Vietnam, but had perished rather violently, as Jud described his remains had come back in a pinewood box before winter had fully passed. Two weeks later Jud described that he had caught Timmy walking up Bear Creak road, almost crashing his vehicle into a fence due to the shock at seeing a man half the town had gone to the funeral of. And Jud knew instantly that Timmy's father Bill had brought him back to life due to his overwhelming grief and knowing of the cemetery.

According to Jud, despite his parents best efforts to keep him locked up, Timmy usually broke out of the house to wander across the town, though usually kept to himself. Whenver somebody tried approaching him, he would instantly reveal whatever secrets they had to everyone, dark secrets that Timmy should have had no knowledge of. The secrets threatened to tear the town apart and all the while, Timmy reveled in the chaos.

Sometime later, the Baterman house burned down, killing the whole family with no clues as to how it started. During the examinations, it was determined by the coroner that, despite the burns making it difficult to identify. That the body of Timmy appeared to have already been dead for almost a month, shocking everyone. 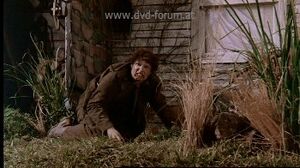 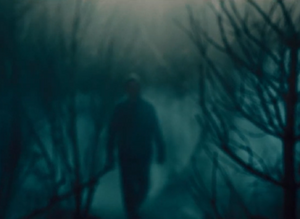 Timmy in the 2019 remake.
Community content is available under CC-BY-SA unless otherwise noted.
Advertisement