Tin, Pan, and Alley are a trio of Siamese cats and recurring secondary antagonists from the Tom and Jerry movies. They are Tom and Jerry's arch-foes.

They are voiced by Greg Ellis, Jess Harnell, and Richard McGonagle.

They are local gravediggers/jewel thieves who work for Professor Moriarty. They are first seen stealing a priceless diamond in the middle of the night in London and bringing it to their master, Moriarty. They are seen again in the Twisted Lip pub while Miss Red sings for a crowd while Jerry and Tuffy tries to retrieve the diamond from the cats and Tom is undercover as a waiter. Unfortunately, the cover is blown, and the cats escape in time with the diamond and kidnap Jerry, leading Tom Cat to chase after the trio and rescue the little mouse. although the cats got away with the diamond.

they prepared to rob the queen's crown jewel, Tom, Jerry and Tuffy managed to free themselves (and Red) and chased after Professor Moriarty with Holmes and Watson following behind, while Droopy and Butch deals the two, until Droopy karate chops their glide equipment, sending them into a flagpole right into the vault in the Tower, where the Queen's crown jewel is held and are beaten black and blue by Spike. They are also arrested along with Moriarty for their crimes committed in London.

Tom and Jerry: Robin Hood and His Merry Mouse

They have a very small minor role in the film. These cats work as spies for Prince John. They are spies who inform Prince John with the news about King Richard returning home to England in three days, much to Prince John's horror.

It is unknown what became of the cats after Prince John and the Sheriff of Nottingham are defeated and locked in the dungeon for their crimes.

Tom and Jerry: The Lost Dragon.

They are first seen as kittens and working for the witch Drizelda as they grew up. They are sent to steal the dragon's egg, but they are scared away by an angry mother dragon.

When the cat trio informs their mistress about the baby dragon Puffy, she sends them to go and bring the young dragon (who mistakes Tom as his mother) to her. They are turned into cat-bat-like creatures and seek Puffy.

They are last seen fleeing Drizelda's lair after she transforms into a dragon. Their fate is unknown after Drizelda has been defeated and petrified.

They work for Dr. Zin in order to stop Jonny Quest. They attempt to assassinate Tom and Johnny Quest by shooting them. They are last seen escaping in an escape pod with Dr. Zin holding on and disappeared into the horizon. 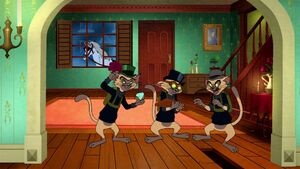 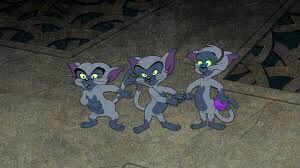 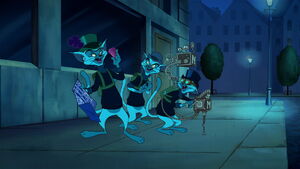 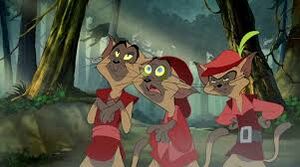 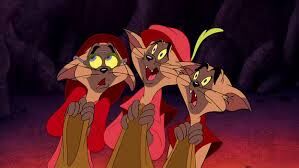 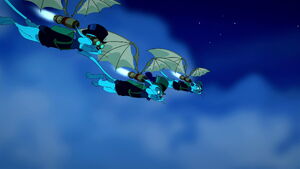 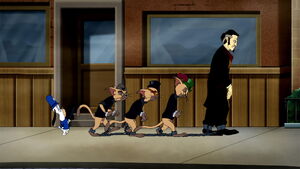 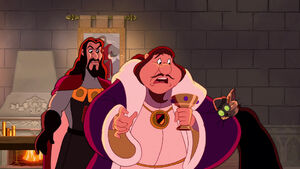 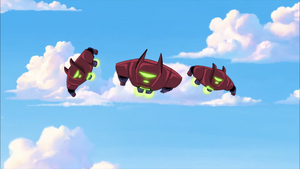 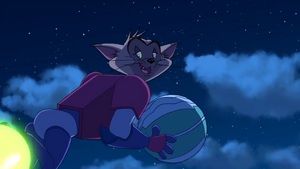 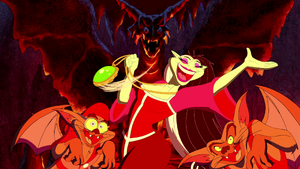 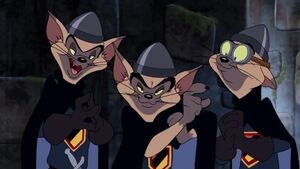 Retrieved from "https://villains.fandom.com/wiki/Tin,_Pan_%26_Alley?oldid=4106463"
Community content is available under CC-BY-SA unless otherwise noted.