Move in with Lana and Nell.

Kill Lana and Clark to take her life.
Marry Lana as Whitney.
Be with Lana as Clark (all failed).

Tina Greer is a recurring villainess appearing on the WB/CW television series Smallville, serving as the main antagonist of two episodes in Seasons One and Two.

She was portrayed by Lizzy Caplan, who also voiced Patty Donner in The Cleveland Show, as well as various other actors when she shifts into the form of another person.

Tina was born was a soft bone disease, and was prescribed many drugs to treat her condition. She got better due to being exposed to Kryptonite radiation sometime after the 1989 meteor shower.

As a result, she gained the ability to change her physical form and appearance, posing as anyone of her choosing, as well as superhuman strength.

In the Season 1 episode "X-Ray," Tina poses as Lex Luthor and goes to the Smallville Bank, where she attempts to clear out Lex's account, only for a bank teller to notice that her signature doesn't match Lex's; this forces Tina to draw a gun and demand that the teller fill her bag with the money.

She then flees and runs into Clark Kent, whom she knocks through an eye doctor's window. Clark experiences his first flash of X-ray vision, which allows him to see that Tina has an unusual bone structure with fragments of Kryptonite all over her skeleton.

At home, Tina is confronted by her mother, Rose, about the stolen money, and she defensively insists to her mother that they can have a perfect life, like Lana Lang's, with whom she is obsessed with. Tina and Rose then struggle over the bag of money, and Rose ends up falling down the stairs and breaking her neck. Tina starts to call the police, but hangs up.

She believed Lana was a perfect person with a perfect life and attempted to use her mother’s death to manipulate Lana into letting her join her family.

Tina visits Lana and wonders aloud if Lana's Aunt Nell would adopt her if anything ever happened to her mother, then she and Lana could be sisters. Lana is unnerved by the strange question and assures her that nothing is going to happen to her mom.

Clark and Martha were in town running errands when Clark notices the skeleton with glowing green bones walk into the antique shop. Martha catches up and they enter the store to be greeted by "Rose" Greer. Clark asks about Tina. "Rose" explains that she is with Lana, so Clark leaves. Martha asks "Rose" for the lamp that Rose has been restoring.

While Rose was in the back of the store, Martha finds a large sum of cash on the floor. "Rose" says that the lamp isn't ready and a client paid her in cash earlier that day. When Martha turns her back, "Rose" slips Martha's keys out of her purse.

On the street, Martha is nearly run down by her own truck, with "Clark" at the wheel. Martha is shocked as "Clark" seemingly drives around the corner, but then appears behind her to help her to her feet. Martha notes that Rose Greer was acting strangely and that the cash she found on the floor had a Smallville Savings and Loan band, so it could be from the robbery.

Tina at first wanted to live with Lana claiming her mom was moving to Metropolis, but she doesn't want to pull Tina out of school. Tina wants to know if she can move in with Lana and Nell. When Lana hesitates, Tina takes it as a rejection and storms off. Tina noticed Clark staring at her locker and asked what his problem was which he responded nothing,

At the antique shop, Tina morphs into her mother just as two sheriff's deputies approach, looking for Tina. They admit that a kid with an anonymous tip led them to find the money from the bank robbery in her locker. Tina then impersonated Lana and went to Clark's loft to talk about Tina.

When she kisses him, she morphs back into Tina and throws Clark through the wall. She has guessed correctly that it was Clark who tipped off the police and leaves Clark for dead.

Tina then plotted to kill Lana and take her place, believing she has the perfect life. She disguises herself as Whitney and finds Lana at the cemetery and seals her inside a coffin in a mausoleum. Clark arrives and battles Tina, eventually stopping her. Tina was sent to a mental hospital.

In the Season 2 episode "Visage," Tina returns to Smallville, posing as Whitney Fordman, Lana's ex-boyfriend who left to join the Marines. To throw off suspicion, she feigns having amnesia, but soon Clark realizes that "Whitney" is actually Tina by using X-ray vision to see her Kryptonite-irradiated skeleton.

Aware that Clark is onto her, Tina attains Lana's Kryptonite necklace and, while in the form of Clark's father Jonathan, gets the drop on Clark.

She knocks a weakened Clark down into the storm cellar, where she tells him that she realized that she's actually in love with Lana and has also figured out who Lana wants to be with; to that end, she assumes Clark's form. Tina leaves Clark behind in the cellar to die; fortunately for Clark, his spaceship activates and neutralizes Lana's necklace, saving him.

Tina then heads to the Talon, where she finds Lana, professes her love for her, and kisses her. Clark then arrives and convinces Lana that he's the genuine article, causing Lana to resist Tina, who angrily shoves Lana to the floor and turn on Clark, leading to their final confrontation.

The fight ends up in the back alley of the Talon, where Tina knocks Clark into another building, only for Clark to hold his own against her. In a fit of rage, Tina lifts up some debris and charges at Clark, only to end up impaled on a pipe. As she dies, Tina returns to her original form and asks Clark to take care of Lana. 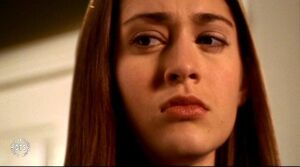 Tina revealing her true self to her captive, Mrs. Foreman (Whitney's mom). 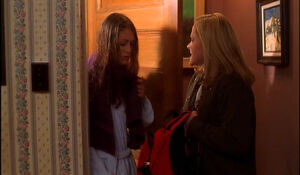 Tina being confronted by her mother after she's discovered to have robbed a bank. 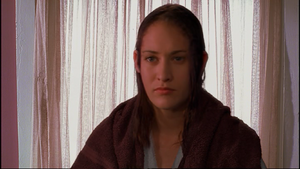 Shape-shifting Tina posed as Lex Luthor to rob a bank. 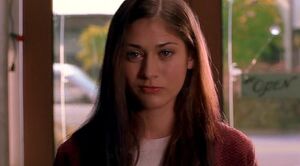 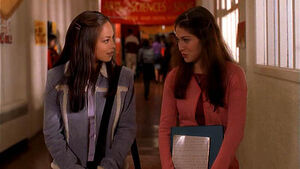 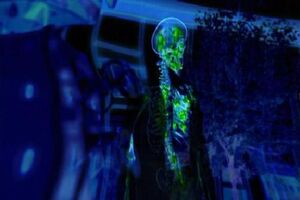 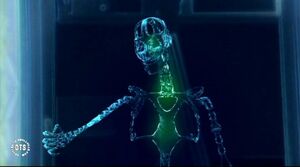 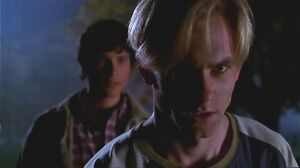 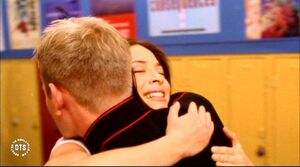 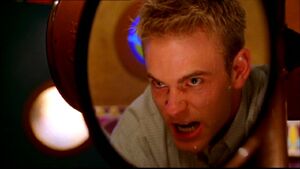 Tina's rage and jealousy towards Clark and Lana's friendship while disguised as Whitney Foreman. 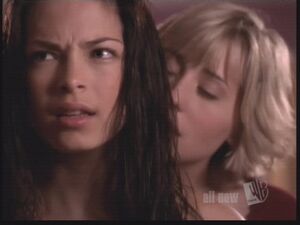 Tina attempting to seduce Lana while disguised as Chloe Sullivan. 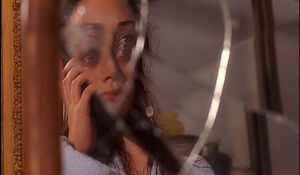 Tina's reflection in the broken mirror after accidentally killing her mother. 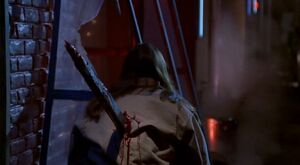