Phineas Mason, also known as the Tinkerer, is an evil genius and inventor who most frequently opposes Spider-Man, but also makes gadgets, weapons, and upgrades for many various Marvel super-villains. In his first appearance, Mason, (as the Terrible Tinkerer) composed a conspiracy with Quentin Beck (later Mysterio) in which they pretended to be aliens infiltrating the worlds technology systems. After he was defeated, however, Tinkerer became a weapons dealer for many villains, using his scientific genius to build amazing creations.

The Tinkerer is the main antagonist of the 2009 video game, Marvel Ultimate Alliance 2, having assisted Lucia Von Bardas in her plans, and being the true mastermind behind the creation of the nanites that were used during the Civil War, that would eventually become a collective known as the Fold.

A much younger version of the Tinkerer appeared in Spider-Man Homecoming, as the person who creates Vulture's suit, played by Michael Chernus.

Phineas Mason is a brilliant inventor and technician who designs advanced weaponry for criminals and sometimes undertakes crimes of his own. As the Terrible Tinkerer, he runs an underground fix-it shop disguised as a radio repair shop. On at least one occasion, a potential customer gained the inventor's attention by presenting a transistor radio and telling Mason that I've got a radio that just can't carry a tune. Tinkerer's original scheme involved the employment of a team of petty has-been stuntmen and thugs. They specialized in placing bugs into radios and blackmailing state officials and politicians. Tinkerer tried to present himself as an alien to confuse his pursuers by leaving behind a mask that looked like his face when he escaped from Spider-Man in a hovercraft shaped like a flying saucer. The Tinkerer's next encounter with Spider-Man resulted in deploying the Toy, a hi-tech robot that serves as an assistant and lackey. The Toy also helped Tinkerer escape from his hideout when raided by the police. Tinkerer is known to have created the suit for Mysterio, a man that once worked as one of his alien-suited servants. Much later, he was hired by the Kingpin to rebuild the Spider-Moblie to destroy Spider-Man. Tinkerer redesigned Rocker Racer's rocket-powered skateboard, designed an armed wheel-shaped vehicle called the Big Wheel, and repaired the Goldbug's bug-ship. He robbed loan companies by using remote-controlled toys until stopped by Spider-Man. Tinkerer also provided Whirlwind with improved armor and weaponry, provided Diamondback with new throwing diamonds, built the Grim Reaper's scythe-like weapon, and even fixed Grizzly's exo-skeleton harness and grizzly suit. He has worked for Hammerhead, the Beetle, the Black Cat, the Jack O'Lantern, Owl, the Ani-Men, Jester, and the Constrictor. Since he is a small business operator who works alone and arms criminals, the Terrible Tinkerer takes precautions to prevent being cheated. For instance, Killer Shrike commissioned Tinkerer to improve weapon gauntlets. At delivery time, the criminal decided to use the weapons to threaten the inventor and avoid paying. The gauntlets backfired on Killer Shrike, wounding and immobilizing due to a failsafe Tinkerer engineers into his products for such situations. Phineas is forced to work for the Vulture interested in freeing Nitro from custody. This falls apart when the heroic mutants Rusty Collins and Skids chance upon the situation and defeat the villains. Tinkerer is arrested off-panel. Trapster later sued Tinkerer for selling faulty equipment. Trapster's character witnesses in the case against Tinkerer include Beetle, Blacklash, Blizzard, Boomerang, Jack O'Lantern, Mad Thinker, Porcupine, Ringer, Stilt-Man, Spymaster and Taskmaster. When Taskmaster accuses the other villains of not properly using the equipment that Tinkerer provided, it resulted in an in-court brawl that was broken up by She-Hulk which leads to the villains getting arrested. When Tinkerer and Mad Thinker ask She-Hulk who is superior, She-Hulk says to sort it out themselves and storms off. His son Rick Mason is a world-class mercenary for the American government and freelance operative. Despite the two being on opposite sides of the law, father and son remained on good terms and met frequently. Tinkerer even aided his son from time to time, and once provided Rick with information about a soup in South America. After Rick was seemingly killed in action, the grief-stricken father decided to mend his ways while still maintaining links to supervillains to give information he could discreetly pass along.

This is a list of Super-villains which Tinkerer helped, updated and created: 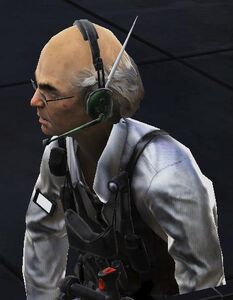 Tinkerer in Spider-Man: Web of Shadows 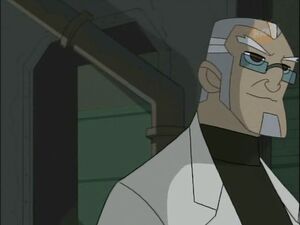 Tinkerer in The Spectacular Spider-Man 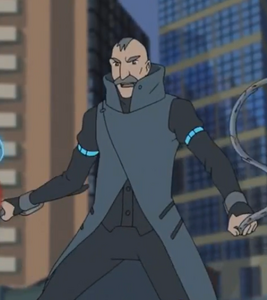 Retrieved from "https://villains.fandom.com/wiki/Tinkerer?oldid=4102677"
Community content is available under CC-BY-SA unless otherwise noted.