Villains Wiki
Register
Don't have an account?
Sign In
Advertisement
in: Families, Deities, Evil from the Past,
and 48 more

Ability to be physical manifestations of elements they wield

Causing mayhem and destruction wherever they go.

Kill Zeus and get their revenge for imprisoning them in the Underworld (both failed).

The Titans are overarching antagonists of Disney's 35th full-length animated feature film Hercules. They were used by Hades to stage an unsuccessful uprising against the gods of Olympus. While being far more than just powerful monsters, the Titans were one of the few beings depicted with the power to challenge and even temporarily defeat a god of Zeus' level when working together. However, they were powerless once Zeus gained his lightning bolts and smashed their empire.

It was revealed in the series that the Titans are all the offspring of the primordial goddess named Gaia, who shared her children's malicious nature but was thankfully much less destructive and spent most of her time sleeping under the Earth (which she embodied).

The Titans are initially introduced via the Muses, who sing a song about the dark days of the primordial Earth - where the Titans ruled over a hapless population as cruel and chaotic gods, causing all manner of misery to befall mankind until a young Zeus rose against them and cast them down using his legendary lightning bolts.

The Titans (totaling five) were then tossed down into a seemingly bottomless pit (probably representing Tartarus) beneath the ocean and left for all eternity, that was until Hades came up with a plan to unleash them and use their ancient power to exact his own revenge against the gods of Olympus. When the planets aligned in the proper manner after 18 years as precisely foretold by the three Fates, Hades set them free: he sent four of them - Hydros, Stratos, Lythos and Pyros - to Mt. Olympus, while the fifth, a Cyclops, was given a "special job" - to keep Hercules busy.

The other four Titans easily took over Olympus, with Lythos battering down the front gates and Stratos sucking all of the gods up and capturing them. Hydros and Pyros used their combined ice and lava powers to imprison Zeus and immobilize him. Back down on Earth, Hercules managed to defeat the Cyclops by first blinding him and then tying his ankles together, causing him to fall from a high cliff. It is unknown if this actually killed him. In so doing, he accidentally caused the death of Megara; as the clumsy Cyclops fell to his death, a column toppled towards Hercules, and Meg pushed him out of them, and was crushed to death instead.

As a side effect of Megara being injured, Hercules was able to regain his strength because of a deal he made with Hades that Meg herself would be safe from harm's way. He rode Pegasus to Mt. Olympus where he engaged and defeated the other four Titans. They attempted to run away, except for Stratos, who intended to stand his ground, but Herc grabed him and swung him around to suck up his three remaining brothers. He continued swinging Stratos around before finally releasing him, sending him, Lythos, Hydros and Pyros into space, where they all exploded to their deaths. 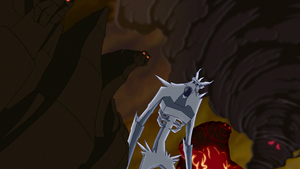 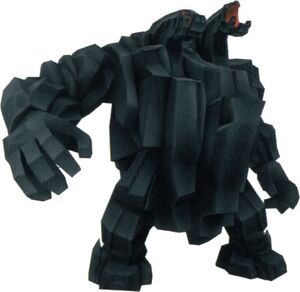 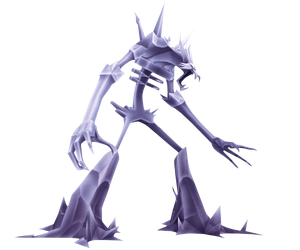 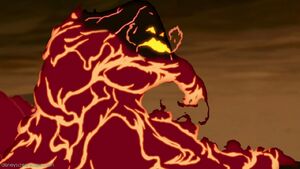 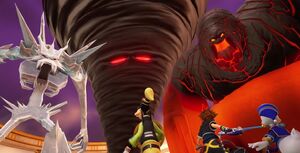 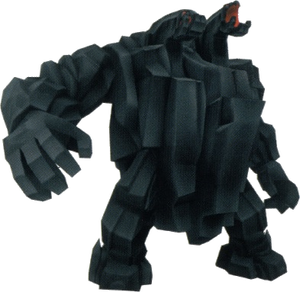 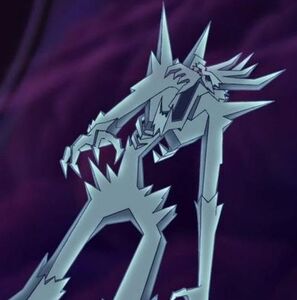 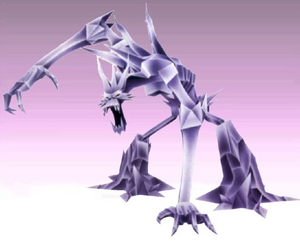 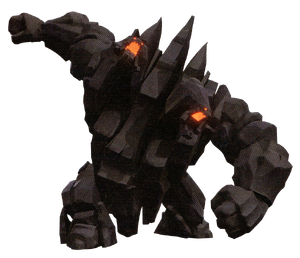 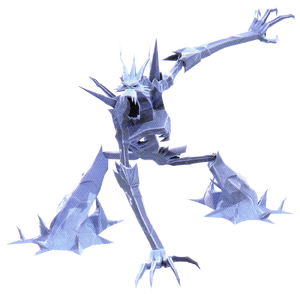 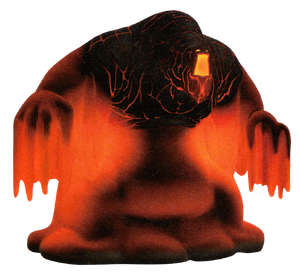 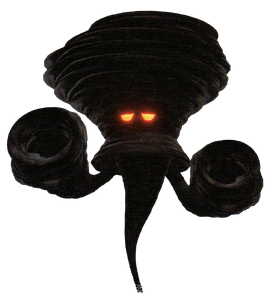