Monster
The Toadstool Orphnoch is an Orphnoch with the characteristics of mushrooms and an antagonist in episodes 18 and 19. His human body is a clown performer.

He was portrayed by Shinya Tatsukawa and voiced by Katsumi Shiono in his Orphnoch form.

He was ordered by Smart Brain to capture Keiko Kurata. He stunned Keitarou Kikuchi, who was accompanying her, and nearly succeeded in abducting Keiko, but was thwarted by Takumi Inui who rushed in to stop him. He attempted to fight Kamen Rider Faiz, but Yuji Kiba changed into his Horse Orphnoch form and Auto Vajin intervened, causing the battle to break into a melee. fter being beaten by Auto Vajin, the Toadstool Orphnoch withdrew.

Later, he aimed at Keiko who was with Keitaro again, but was again stopped by Faiz. After being beaten, the Toadstool Orphnoch was incinerated by Faiz with his "Crimson Smash kick".

He wields an iron club to fight his opponent. He can also release poisonous spores over a wide area from the cap on the head. 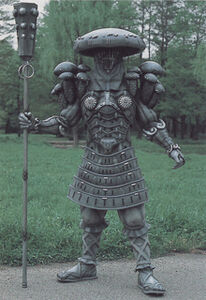 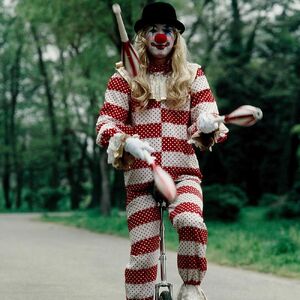 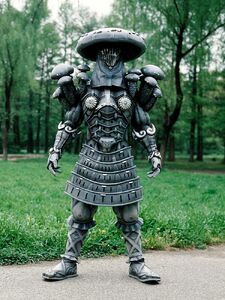 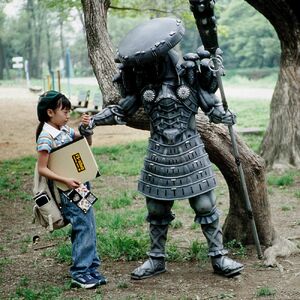 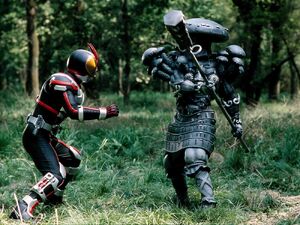 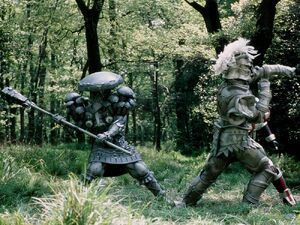