Villains Wiki
Register
Don't have an account?
Sign In
Advertisement
in: In Love, Friend of a Hero, Weaklings,
and 42 more

Become the most popular student at Elmore Junior High.
Defeat Gumball in a duel and win Penny's affection.
Cheat on the Mom-Off and win (all failed).
Manipulate Gumball and Darwin into doing his chores (succeeded).
Stop Gumball and Darwin from telling his parents that he scammed them.
Completely replace Gumball as the "loser" and protagonist of the series (both failed).
Blackmail his sister into letting his friends be invited to her party (succeeded).

Tobias Wilson is a major antagonist in The Amazing World of Gumball. He is a fluffy and athletic multicolored jock who usually appears as a supporting character but has had some episodes where he was an antagonist, most likely due to his jealousy of Gumball's adventures. He is also a rival of Gumball.

He was voiced by Rupert Degas in Season 1 and by Hugo Harold-Harrison from Season 2 onwards.

While Tobias can be friendly and empathetic at times, he can be selfish and egotistical at times, even to the point of becoming a jerk. He became extremely psychotic when he forced Gumball to dance for him. His massive crush on Penny is what fuels his jealousy and his hatred toward Gumball. Tobias displays a lack of respect and probably even a lack of understanding towards the female students. He is forceful, confident and very outgoing. 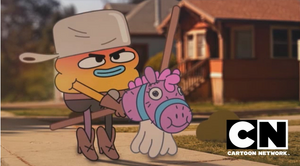 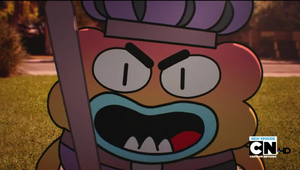 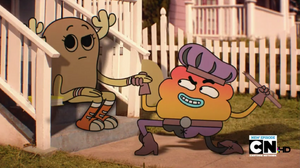 Tobias declaring himself the winner, and the one who claims the hand of Penny. 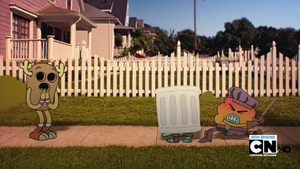 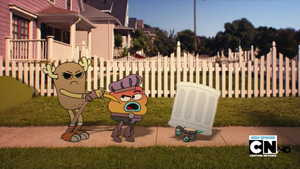 But then Penny tries to stop Tobias from hitting Gumball by holding back his arms. 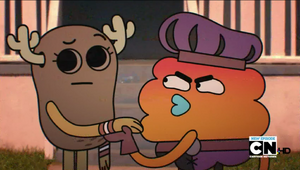 Tobias saying he will, in exchange for a kiss. 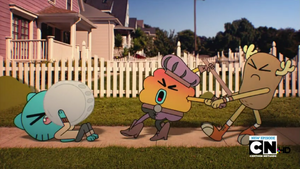 Penny trying to hold back Tobias the second time, so that Gumball could defeat him. 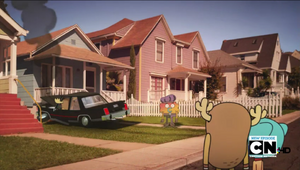 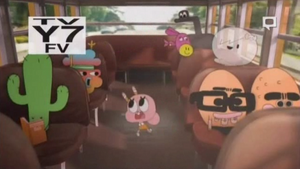 Tobias tossing around Anais's Daisy the Donkey doll along with Carrie. 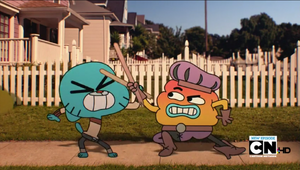 Gumball and Tobias fighting with their "swords." 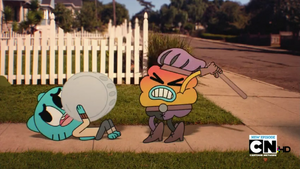 Tobias trying to hit Gumball with his broom sword. 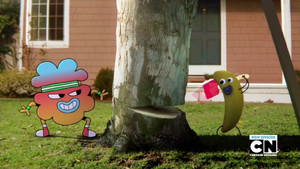 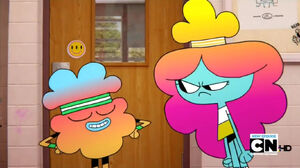 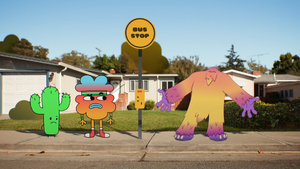 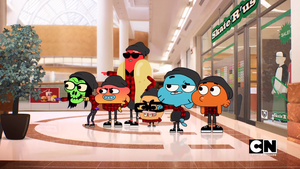