Steal Dickie Greenleaf's identity and usurp his inheritance.
Kill Murchison and keep the Buckminster Gallery's forgeries a secret.
Make Jonathan Trevanny believe he is dying and turn him into an assassin.
Help Trevanny escape the Mafia.
Save Frank Pierson from kidnappers (all succeeded).
Help Pierson get on with his life (failed).
Prevent the Pritchards from revealing his crimes (succeeded).

Thomas "Tom" Ripley is the protagonist villain of the late Patricia Highsmith's crime novel series Ripliad, as well as in its several movie adaptations. He is a charming, intelligent serial killer and con artist who always gets away with his crimes.

Tom Ripley is described as "suave, agreeable and utterly amoral". While he is charismatic, polite and friendly, he has no conscience and is willing to do anything - even commit murder - to get what he wants. He is deeply insecure and envies people who have the money and status he craves. He also covets their identities, as he believes it is "better to be a fake somebody than a real nobody".

It is also implied throughout the series that he may be gay or bisexual; he harbors strong, quasi-romantic feelings for several male characters, and, while he is married to a woman in later books, they have a nonexistent sex life and he seems to regard her as more of a possession than a spouse.

Born in Boston, Massachusetts, Thomas "Tom" Ripley was orphaned at the age of five when his parents drowned in Boston Harbor. He was raised by his cold-hearted aunt Dottie, who mocked him as a "sissy". He tried to run away many times until the age of twenty, when he moved to New York City. There, he lives a hand-to-mouth existence as a small-time con artist. He manages to get by on his three talents: "forging signatures, telling lies, and impersonating practically anybody".

Tom is approached by wealthy shipbuilder Herbert Greenleaf, who thinks that Tom was a college classmate of his son, Dickie. He offers Tom one thousand dollars to go to Mongibello, Italy, where Dickie lives, and bring him back to the U.S. to join the family business. Tom accepts, even though he has never actually met Dickie. In Mongibello, Tom befriends Dickie and his girlfriend Marge, and insinuates himself into their lives. He falls in love with Dickie's opulent, carefree life; he also becomes obsessed with Dickie himself.

Eventually, Dickie grows tired of Tom and spurns his friendship. Not wanting to go back to his life of poverty, Tom gets the idea to kill Dickie and steal his identity. He murders Dickie on a rowboat by beating his head in with an oar, and disposes of the body. He then forges his name on Dickie's passport and uses it to access Dickie's trust fund and live the good life. He also copies Dickie's dress, hairstyle and mannerisms, resembling Dickie, to the point that he is better at being the other man than being himself.

When Dickie's friend Freddie Miles catches Tom in the act of impersonating Dickie, Tom kills him, and goes on the run from the police, switching identities as needed. He forges Dickie's will, leaving himself Dickie's inheritance, and writes a suicide note in which "Dickie" confesses to killing Freddie; Herbert Greenleaf and the police are thus convinced that Dickie killed Freddie and committed suicide. Tom goes to Greece to enjoy his newfound wealth, but reflects that he will pay for it with a lifetime of paranoia, as he would "see police waiting for him at every pier he ever approached".

Differences between novel and films

The various film adaptations of the novel have made changes to the story and, thus, the character. In Purple Noon, the late Rene Clement's 1960 film adaptation, Tom and Dickie (here named Phillipe) are old friends, although Phillipe treats Tom with contempt. Tom decides to murder Phillipe after Phillipe plays a cruel prank on him, setting him adrift on his yacht's lifeboat for hours. After killing Phillipe, Tom throws the body overboard; unbeknownst to him, however, the body gets tangled up in the boat's propeller. In the film's final scene, Phillipe's corpse washes ashore, and it is implied that Tom will be caught.

In the late Anthony Minghella's 1999 film The Talented Mr. Ripley, Tom meets a young heiress named Meredith Logue (who does not appear in the novel) while traveling to Italy and introduces himself as Dickie Greenleaf. After Tom murders Dickie and steals his identity, Meredith appears at several inopportune times, when he is with people who know him as Tom Ripley. At the end of the film, Tom runs into Meredith again on an ocean cruise after Dickie has been declared dead; as Dickie, he convinces her that he is in protective custody and will be given a new identity.

The film also creates another character, Peter Smith-Kingsley, one of Dickie's wealthy acquaintances who takes a liking to Tom. By the end of the film, it is implied that he and Tom are lovers. However, Peter sees him kissing Meredith and demands to know what is going on. Tom realizes that, since Peter and Meredith know each other and will eventually discover the ruse, he will have to kill Peter; he cannot kill Meredith because she is traveling with her family and would be missed. Realizing that he will always be alone, a sobbing Ripley strangles Peter and returns to his cabin.

Six years after killing Dickie, Tom is living a life of leisure at a country estate, Belle Ombre, in Villeperce, France. He still lives off Dickie's trust fund, but has added to his fortunes by marrying a wealthy socialite named Heloise Plisson and becoming a silent partner in a gallery that sells forged paintings, purportedly by an artist named Derwatt, who is actually dead. He also does occasional work for small-time gangster Reeves Minot, but avoids direct involvement in crime as much as possible to preserve his somewhat shady reputation.

He runs into trouble when an art collector named Thomas Murchison contacts him with suspicions that his Derwatt paintings are fake. He tries to bribe Murchison, but Murchison refuses and threatens to go to the police. Tom kills him by hitting him over the head with a bottle of wine, and disposes of the body in a river near his house.

His problems are not over, however: Bernard Tufts, the artist who forges the paintings for Tom's company, suffers a crisis of conscience and says he will turn himself in and expose the fraud. Tom impersonates Derwatt at a gallery opening to allay suspicion. When Bernard sees him, he has a breakdown and believes that Derwatt has come back from the dead to punish him; frightened and consumed with guilt, he commits suicide. Tom is briefly afraid that he has been caught, but the police investigation leaves him in the clear.

Tom is insulted at a party by a neighbor, Jonathan Trevanny, a poor picture framer who has leukemia. To get back at him, Tom spreads a rumor that Jonathan's leukemia has gotten worse, and tells Minot that Jonathan is a hitman who can help him dispose of a rival gangster. When Minot approaches Jonathan with the job, Jonathan refuses, but reconsiders when he hears the rumors about his health. When he receives news (supplied by Tom) that he has only a few months to live, he becomes Minot's freelance assassin in order to provide for his wife and son after he is gone. Tom is fascinated by the situation, and decides to intervene in one of Jonathan's assassinations, ultimately saving his life by helping him kill a gangster and several of his bodyguards.

When the Mafia comes after both of them, Tom and Jonathan hole up in Belle Ombre, and Tom sends Heloise and their housekeeper, Madame Annette, away on vacation to keep them safe. They kill several Mafiosi, but Jonathan is mortally wounded while pushing Tom out of the way of their gunfire. Touched and puzzled by Jonathan's sacrifice, Tom leaves his wife and son the money Jonathan had earned as a hired killer.

The Boy Who Followed Ripley

Tom befriends Frank Pierson, a teenage boy from a wealthy family who has run away from home. When Tom finds out that Frank murdered his own father, Tom feels a kinship with him and takes him in to live at Belle Ombre. Eventually, however, Frank is kidnapped and taken to Berlin. Tom goes to Berlin and rescues Frank with Minot's help. He takes Frank back to his family, and tells him to forget about the murder and get on with his life. Later that day, however, Frank commits suicide by jumping off the same cliff he had pushed his father from. Tom is surprised to find that he is devastated by Frank's death.

Tom's new neighbors, David and Janice Pritchard, hear of Tom's shady reputation and begin prying into his life, simply because they dislike him. When they find evidence incriminating him in several murders, Tom goes after them with the help of Ed Bradbury, his business partner at the gallery,. Tom and Ed eventually get into a confrontation with the Pritchards that ends with the couple falling into a lake; Tom does nothing to help, allowing them to drown over Ed's half-hearted objections. Tom once again escapes capture by the police, and goes back to his life as if nothing has happened.

Ripley has been portrayed by five different actors in film:

Andrew Scott - who also portrayed James Moriarty in Sherlock, Obake in Big Hero 6: The Series, and Max Denbigh in Spectre - will portray Ripley in the upcoming Showtime series Ripley.

Eamon Farren - who also portrayed Richard Horne in Twin Peaks: The Return - portrayed a version of the character who comes to life and tries to kill his creator, Patricia Highsmith, in the play Switzerland. 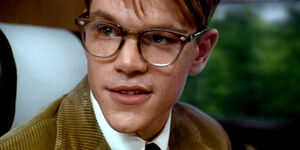 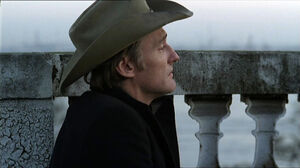 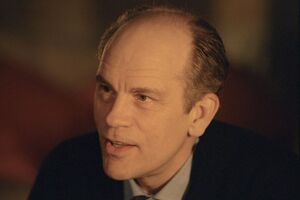 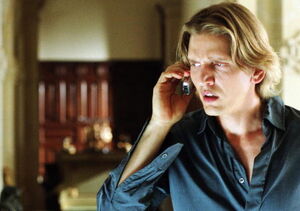 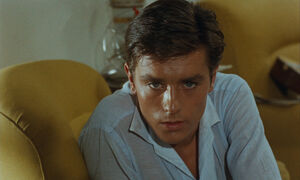 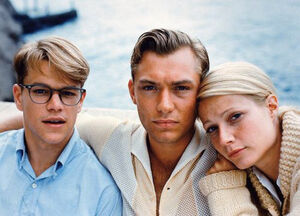 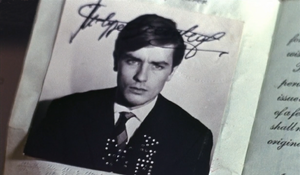 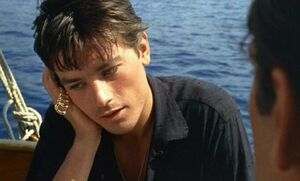 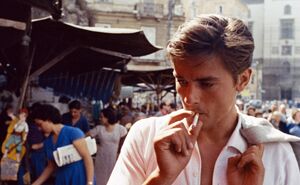 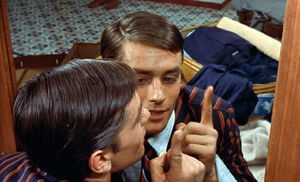 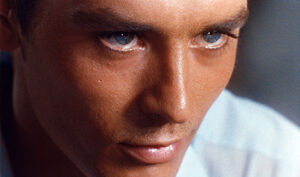 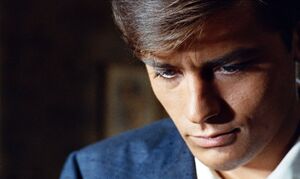