Puss Gets The Boot

To prove that he is better than Jerry the Mouse (ongoing; repeatedly failed).

Tom Cat (full name: Thomas Jasper Cat Sr.), is one of the two titular main protagonists of the animated series Tom and Jerry.

He is a cat whose breed is still unknown to this day, which is strange considering how long the series has been running. He is mostly bluish gray in color with white paws and a light-blue belly. He also has a tail that is white at the tip. He is sometimes also colored dark blue, but this was only in the earlier episodes.

He is Jerry the Mouse's archenemy and occasionally best friend.

He is the usually the antagonist in almost every single episode of every series that shows him in it. His antics involve laying traps for Jerry which most of the time end up failing. He doesn't always try to eat the mouse but he will sometimes try to eliminate him or even trick him to a lesser extent. His rivalry with Jerry existed even as a kitten.

Considering that Jerry is a pest that is not welcome in his house, his actions are rather understandable. In some episodes, Jerry goes too far and becomes the antagonist himself.

He was the villain or one of the villains in a few movies. But the one movie with his biggest role was Tom & Jerry: The Fast & The Furry. In this movie he antagonizes every one of the racers who participate in the Fabulous Super Race, resulting in several deaths. Another villainous role was the movie Tom & Jerry: A Nutcracker Tale, In which he plays one of the henchmen of The Cat King and gathers most of his troop to catch Jerry and his friends and stop them from getting to the star.

Tom the Cat was killed in the episode The Two Mouseketeers, where he needed to defend the king's food or else the king will decollate Tom. Jerry made him fail doing this, resulting into Tom being beheaded.

Tom also dies at the end of the short Mouse Trouble, blowing himself up with a stick of dynamite meant for Jerry. He is seen floating to heaven dressed as an angel. Tom appears to die in Heavenly Puss after being crushed by a piano, but this turns out to have been all just a dream.

He was obviously revived for later episodes and appearances, perhaps because being a cat he has nine lives. 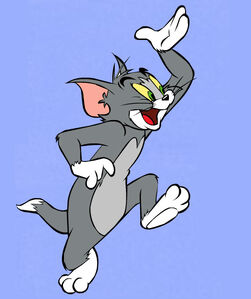 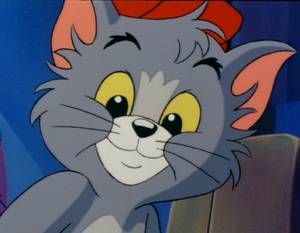 Tom depicted as a kitten in Tom & Jerry Kids. 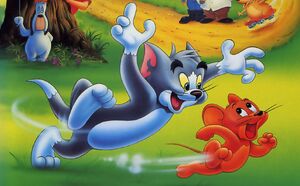 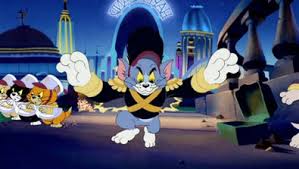 Tom Cat and his fellow cat soldiers as seen in Tom and Jerry: A Nutcracker Tale 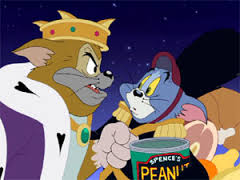 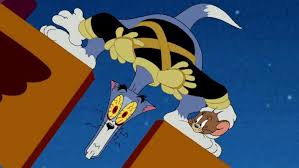 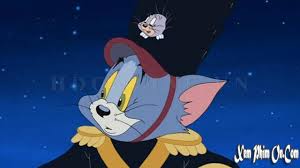 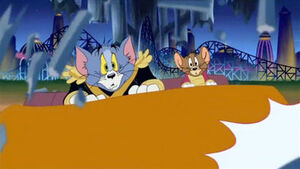 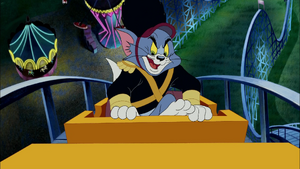 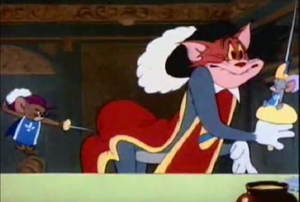 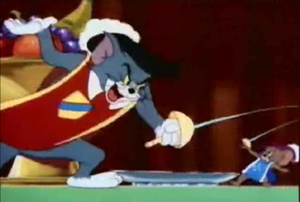 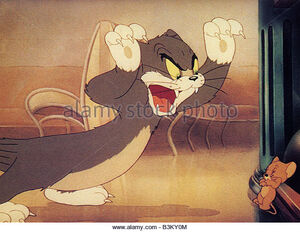 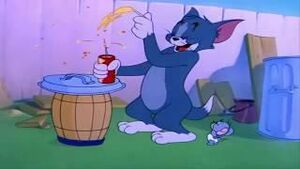 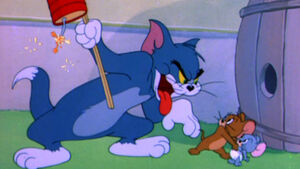 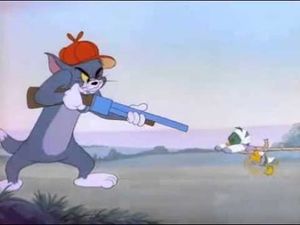 Retrieved from "https://villains.fandom.com/wiki/Tom_the_Cat?oldid=2564298"
Community content is available under CC-BY-SA unless otherwise noted.