Have sex with every woman he sees.

Tomaru Sawagoe is an omnipresent patriarch and the overarching antagonist of School Days and the 0verflow universe as a whole.

He is the estranged father of Itaru Itou and Makoto Itou. Itaru currently lives with him, but dislikes him.

Apart from the relations mentioned above, he's nearly related to every other character in the entire series, mostly from impregnating many of the female characters in the series and he's also related to many characters through his sons (notably Shun Hazama) also impregnating many female characters. Because of his secrecy, many of his offspring who happen to meet each other and begin to have relations with each other do so without knowing they're related.

Tomaru is a perverted, corrupt and sociopathic man. He has shown no remorse for the countless women he's raped and traumatized. He also has no problem with sleeping with women he knows he's related to, specifically his own daughters. He also planed to sleep with all Makoto's conquests just to screw with him.

He has forced women into prostitution and abused his son Kei, to the point he developed psychological trauma. 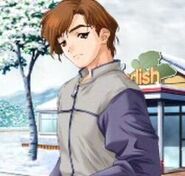 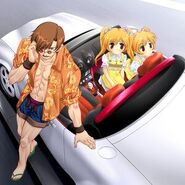 Add a photo to this gallery
Retrieved from "https://villains.fandom.com/wiki/Tomaru_Sawagoe?oldid=4316909"
Community content is available under CC-BY-SA unless otherwise noted.