Emperor of the Croutonian empire

Experienced with a firearm

Collecting creatures for his intergalactic zoo.

Toying with the fabric of space and time.

Eliminate the vikings and their allies.

Tomator is the main antagonist of the videogame The Lost Vikings as well as its sequel Norse by Norse West: The Return Of The Lost Vikings. He is the evil emperor of the Croutonian empire, who travels the universe in search of peculiar specimens which he kidnaps to become part of his intergalactic zoo.

In the first game, Tomator captures the titular vikings, Erik, Baleog and Olaf, to be part of his zoo, but they escape from his ship through a time portal and are flung in time. The trio travels through various periods in time and eventually return to Tomator's ship, where they confront and defeat him. Olaf activates the ship's self-destruction sequence while trying to pilot it, so the trio escapes back to their time through the time portal.

Norse by Norse West: The Return Of The Lost Vikings

In the second game, Tomator once again captures the vikings, seeking revenge on his previous defeat. He orders one of his robot minions to escort the vikings and gloats while laughing and slamming his fist on his chair, which causes a blackout on his ship. The vikings take the opportunity and attack the robot, dismantling it and taking its parts. As they attempt to escape, Olaf pulls a lever which creates another time portal, flinging the heroes back in time once again.

Tomator pursues the heroes, but once again ends defeated and is revealed to be a human child in disguise. Tomator tells the vikings that he was only having some fun with them before his parents discover what he has been up to and scolds him for the trouble he has caused. Tomator's parents send the vikings back to their own era while Tomator watches them through a monitor. 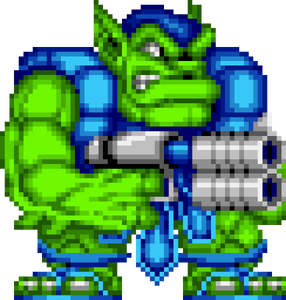 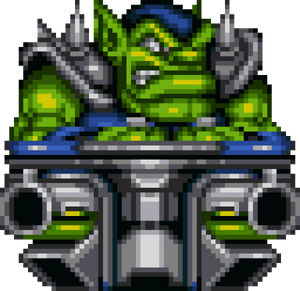 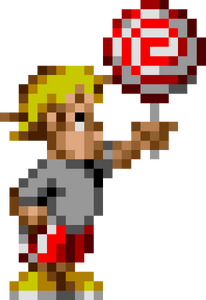 Tomator's true appearance.
Add a photo to this gallery
Retrieved from "https://villains.fandom.com/wiki/Tomator?oldid=3387429"
Community content is available under CC-BY-SA unless otherwise noted.